Grant Kelly of Milledgeville, GA takes the win at the AFT D72 tournament held January 14, 2023 on Lake Oconee.  His five bass topped the scale at 14.96 pounds to put $807 cash in his pocket and win the first place trophy.   Grant anchored his sack with a 5.12 pounder. 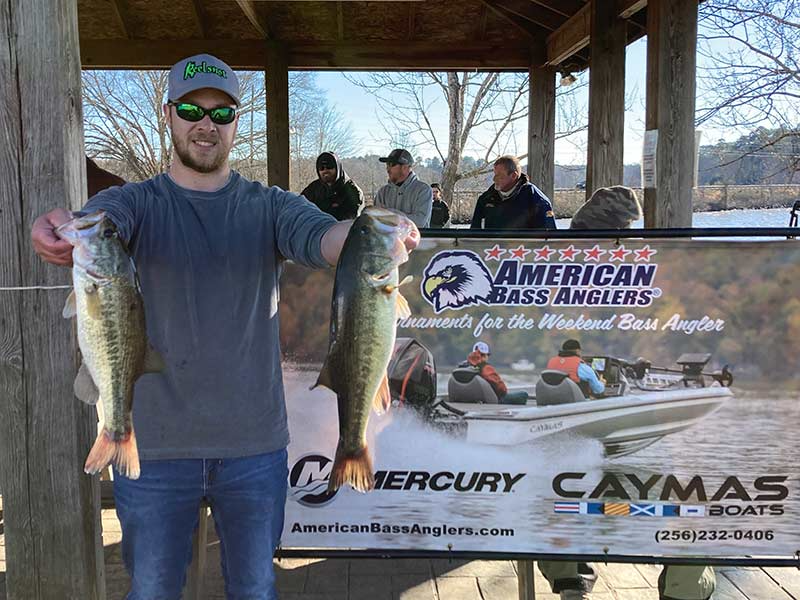 Joshua George and Wayne Garner followed closely with 14.62 and 14.41 pounds to take second and third place trophies, and cash payouts of $526 and $259. 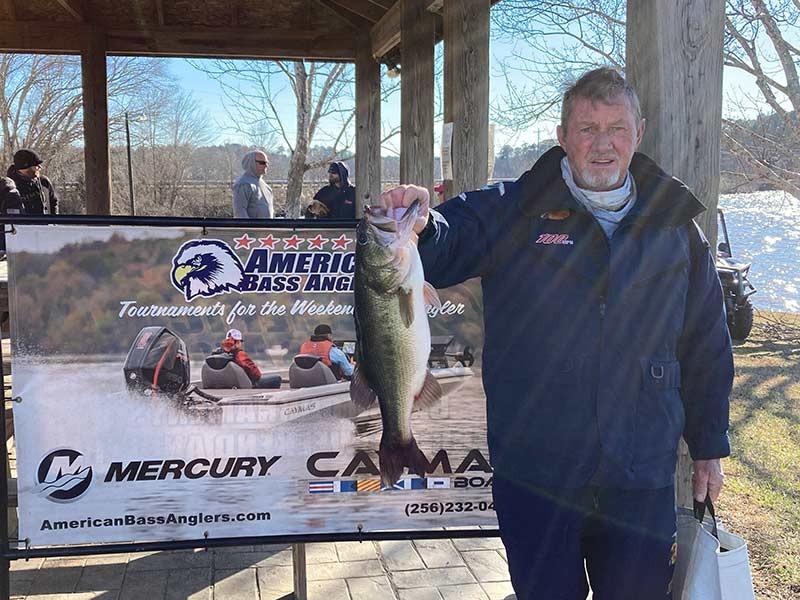 We had 45 anglers competing for the top 7 places to win payouts totaling $2,205 on a very cold and windy day.  Congratulations to the Top Ten:

Thanks goes to Danny Taylor and Bob Clark for helping with the tournament.   After the awards of trophies and cash payouts, three $50 bills were given as draw prizes to the anglers present.  The lucky winners were Scott Jeffers, Benji Morris, and Chris Saunders.   A $50 Sugar Creek Marina gift card was won by Jamie Fountain.

Our next tournament in this division will be January 28, 2023 on Lake Sinclair running out of Dennis Station DNR ramp.    If you have any questions, please contact Director Benny Howell at 770-365-4795.

Georgia Central Division 72 is the home of the current reigning King of the Hill, Benny Howell, and his team.

Benny Howell was the 2022 King of the Hill, an award presented at the end of each season to the top director of that season.