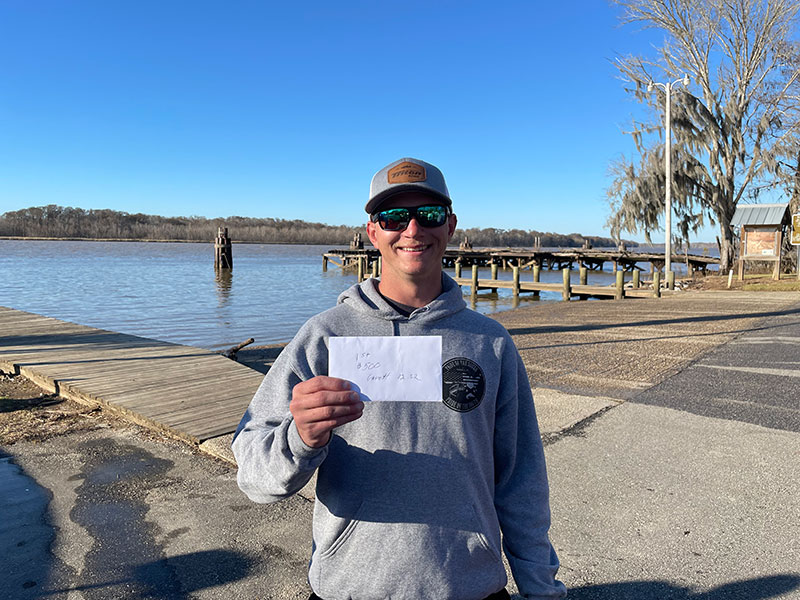 Second place was claimed by Steve Lindsey with five fish that locked in the scales at 8.75 pounds.  For his efforts, Lindsey took home $288 in prize money.

Donald Griffith took third with five and a total weight of 8.62 pounds and took home $94 in prize money.
Big Bass for the tournament was a 3.62 pounder caught by Rickie Bonner.  His catch earned him $90. 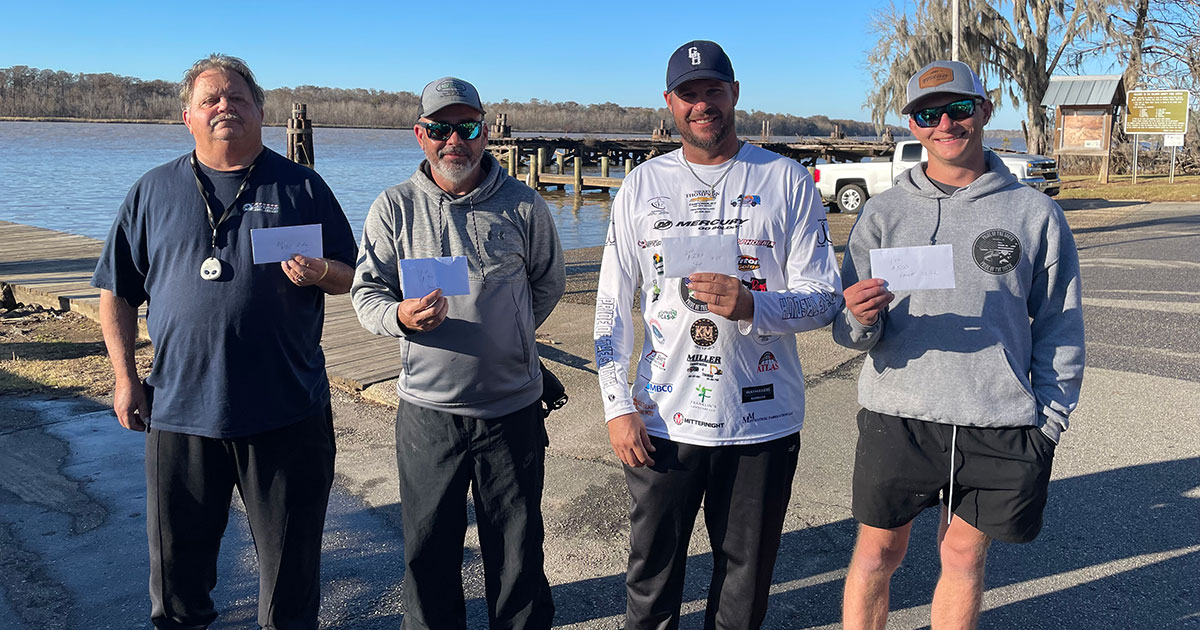 The next tournament in this division will take place on February 11, 2023 launching from Cliff’s Landing.  For more information on this event or division please contact local director Barry Woodward 251-423-0753 or visit www.americanbassanglers.com