December 18, 2022, Elberton, GA. It was below freezing when our 40 anglers launched from Highway 72 ramp between Elberton, GA and Calhoun Falls, SC. 24 of those anglers brought back five-fish limits to the scales, but when the scales closed Russell Clark from Abbeville, SC took the victory with a total weight of 17.23lb. For the win, Russell took home $796 and a plaque for his first-place finish as well as $222 in prize money from the first-place option pot. 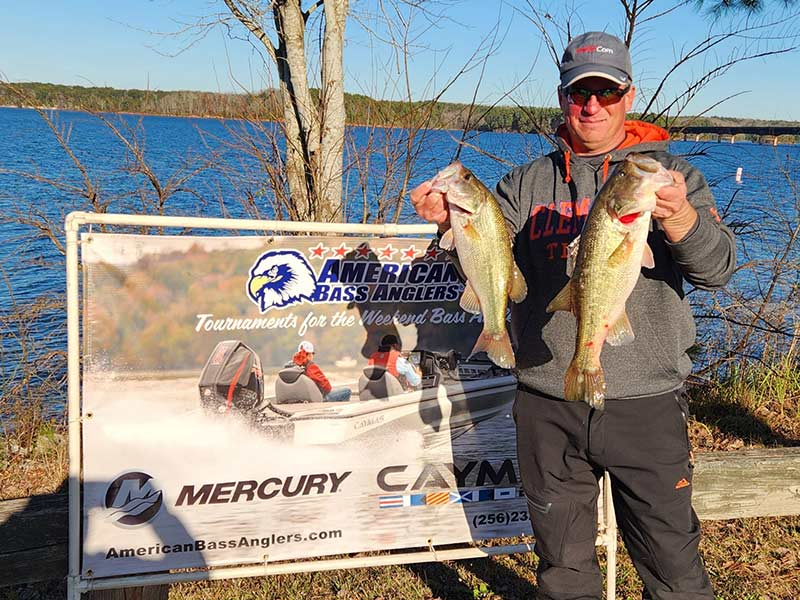 Second amongst the competitors was Greg Glouse from Liberty, SC with 5 fish that locked in the scales at 14.03lb. For his efforts, he took home a plaque plus $513 in cash as well as an additional $148 in prize money from the second-place option pot. 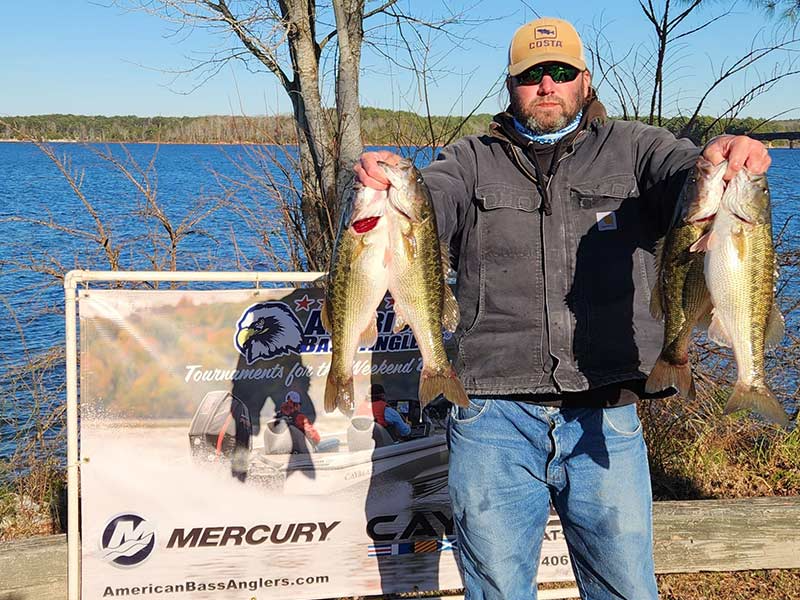 Third place was claimed by Jonathan Webb of Elberton, GA with 5 fish and a total weight of 13.25lb. For his efforts, he took home $246 cash. 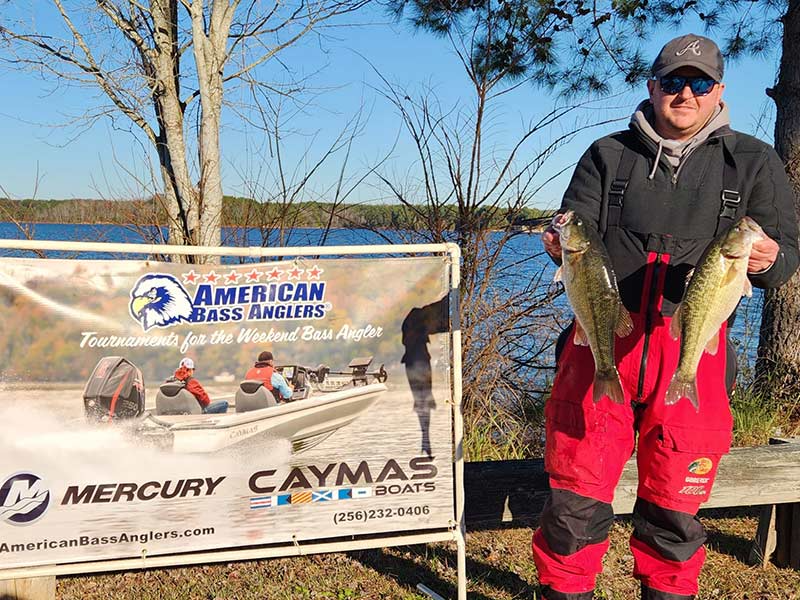 The Biggest Bass of the tournament was caught by Russell Clark. His fish locked in the scales at 4.49lb earning him $190 in prize money, bringing his total earnings to a whopping $1,208. Great job Russell!

The next tournament in this division will take place on (date)January 08, 2023 launching from(ramp)Dorn Fishing Facility in McCormick, SC.

For more information on this event or division please contact local director Zach Green at 478-733-6473 (name and number) or visit www.americanbassanglers.com