Cilladi Comes From Behind To Win On Lake Toho 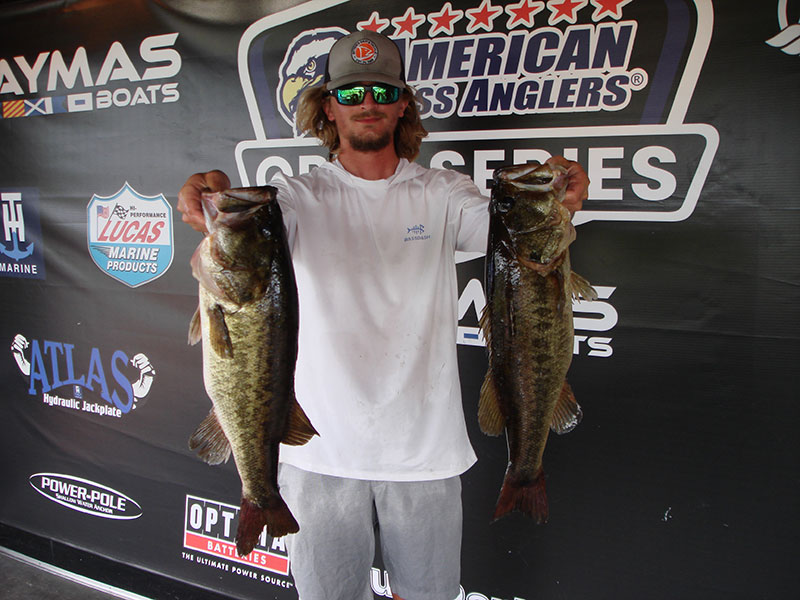 The Florida Central Division 6 and Florida South Division 7 anglers ran out of Kissimmee Lakefront Park in the town of Kissimmee to fish the 100,000-acre Kissimmee Chain of Lakes. The angler from Oviedo brought in a perfect 2-day limit of 10 bass for 49.16 pounds for a 4.92-pound average.

Cilladi held second place on Day 1 with a 5-bass daily tournament limit for 27.36 pounds, one of three single-day bags exceeding 27 pounds caught that day. He anchored that sack with a 6.16-pounder.

“I made a run to Cypress Lake and caught my fish in the morning on topwater baits,” Cilladi commented. “On the first day, I caught fish on a Spook. Later that first day, I ran to another area and caught fish on a Gambler Big EZ swim bait, reeling it as fast as I could through grass mats. At the end of the first day, I found a pad field with pepper grass under it. I could hear bluegills popping. I made one cast and caught a 4-pounder. It didn’t help my Day 1 bag, but I found a spot to fish on the second day.”

On Day 2, Cilladi came from behind to win the tournament and put $6,000 in his pocket. He landed a second limit for 21.80 pounds. That gave him the victory by slightly more than half a pound.

“On the second day, the bass hit a frog,” Cilladi detailed. “On Day 2, I fished hard in that area that I found late on the first day. I threw a popping frog and a Big EZ. The afternoon bite was definitely better both days. On the first day, I caught seven fish and 15 on the second day.”

In second among the 64 boaters, Jeremy D. Smith of Plant City also landed his 10-bass limit. His bag weighed 48.57 pounds. Smith placed fifth on the first day with 24 pounds.. 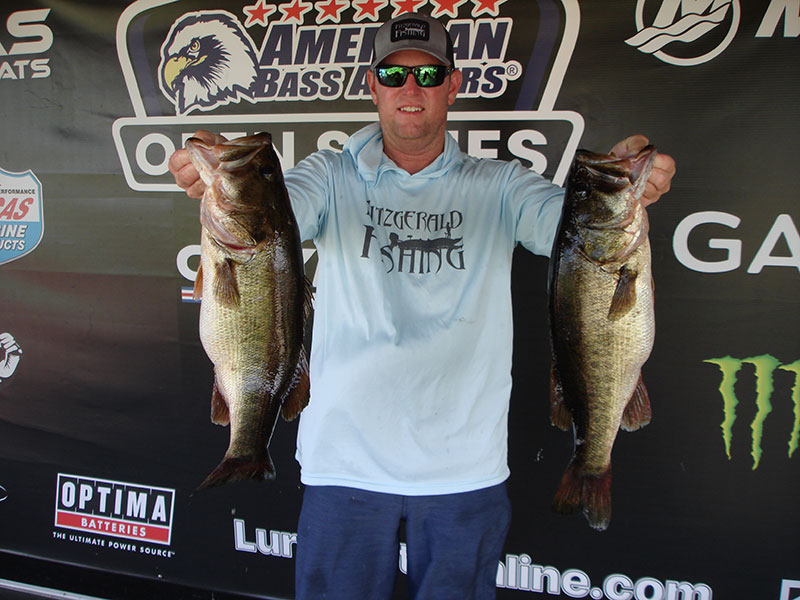 On the second day, Smith brought in another limit for 24.57 pounds, the largest bag caught that day. With that boost, he moved up three spots. He went home with a check for $1,500. He also collected a $500 bonus for running a boat with Garmin electronics.

Danny Inabnett from De Leon Springs led on Day 1, but dropped to third on the final day. He finished with 10 bass for 48.28 pounds. That gave him an $1,100 boost for his bank account. 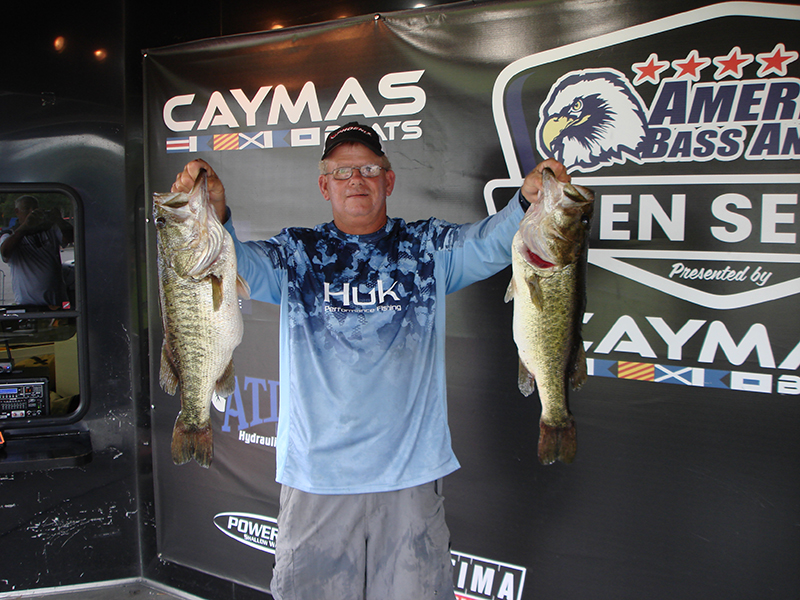 “I caught a lot of fish,” Inabnett said. “On the first day, I caught more than 70 fish. My co-anglers said they never saw anything like it. I caught most of my fish on a crankbait.”

On the first day, Inabnett brought in five bass for 27.39 pounds, the biggest single-day bag caught in the tournament. He anchored that sack with a 7.27-pounder. That gave him 5.48-pound average for the day. On the second day, he found five keepers for 20.89 pounds.

“On Day 2, the fish wouldn’t touch the crankbait,” Inabnett advised. “I finally went to a shaky head to get the bass to bite. I fished it on 10-pound test line on a spinning rod. I missed so many fish that day. I had several big fish on, but I just couldn’t get them in the boat. I had a lot of fun. That’s what this is all about. I fished Canoe Creek in Cypress Lake. There must have been at least 20 boats around me.”

In fifth for the boaters, Alex Terescenko of West Palm Beach also brought in two straight limits for 44.31 pounds. He held third on Day 1 with 27.12 pounds, including a 7.25-pounder. On the final day, he caught 17.19 pounds.

Dave M. Thomas from Cassleberry ended the tournament in 13th place with 10 bass weighing 28.05 pounds. One of them dominated the bag, an 8.58-pounder that took the Boater Division big bass honors. Thomas collected $640 for the lunker.

“I caught the big fish while flipping grass in the afternoon of Day 1,” Thomas explained. “The flipping bite got better as the day progressed. The flipping bite has been extremely tough because the fish were up on the surface. We had to slip the bait into the water quietly. I saw the grass shaking and the line start moving. I knew it was a big one when I set the hook. My co-angler did a great job netting that fish.”

In the Co-Angler Division, Stephen C. Toth of Alachua landed a two consecutive 3-bass daily division limits for 22.08 pounds. That gave him a 3.68-pound average and earned him $1,900. 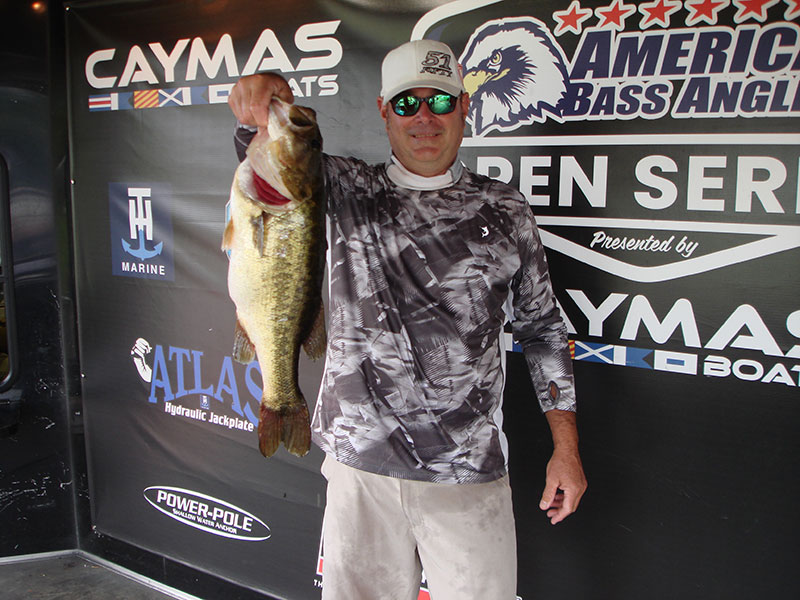 “The first day of the tournament was an epic day for me,” Toth exclaimed. “We went to a place with open water. I threw a white ChatterBait most of the day and got some really big fish. Later, I switched to a crankbait and caught a nice fish. Then, things slowed down.”

Toth led wire to wire. On Day 1, he brought in 16.20 pounds, the biggest single-day bag for any co-angler. He topped it with a 6.57-pound kicker. He added 5.88 pounds on the second day to seal the victory by less than one ounce.

“On the second day, I got a lucky draw and went to Canoe Creek with Danny Inabnett,” Toth acknowledged. “I lost more fish at the start of the day than I caught. I still had a good time. This was my first tournament win.”

Ubaldo “Uby” J. Rosell from Davenport, Fla, his division Angler of the Year, placed second among the co-anglers with six bass weighing 22.03 pounds. He picked up $850 for the effort. 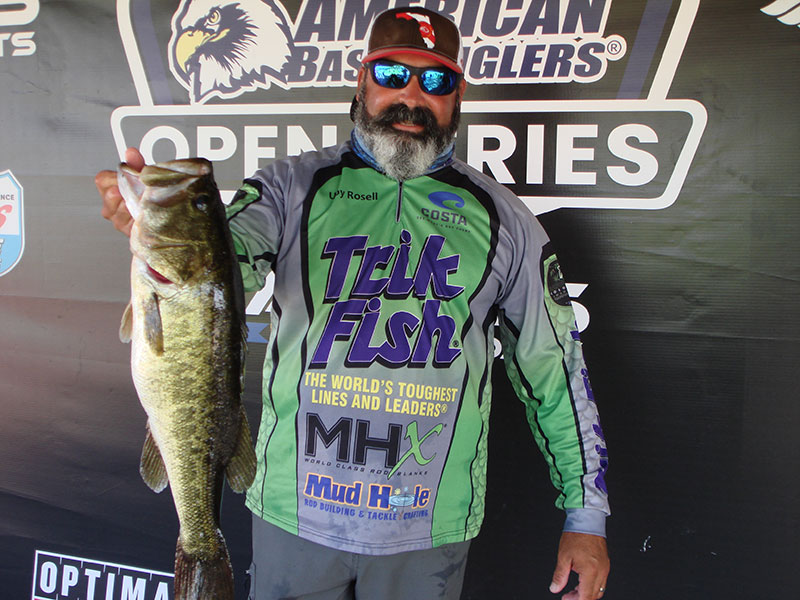 “I thank my boaters for putting me on fish,” Rosell remarked. “I didn’t lose a fish, but I did have one really good one that swirled at my bait. It might have given me an extra two pounds. On the first day, I fished with Anthony J. Cilladi. I caught some on topwater baits and some throwing a Big EZ.”

In third for the co-anglers, Cesar Jaimes from Davenport found two straight limits for 21.13 pounds. On Day 1, Jaimes caught 14.33 pounds, including the tournament lunker at 9.38 pounds. He held second place going into the final day. 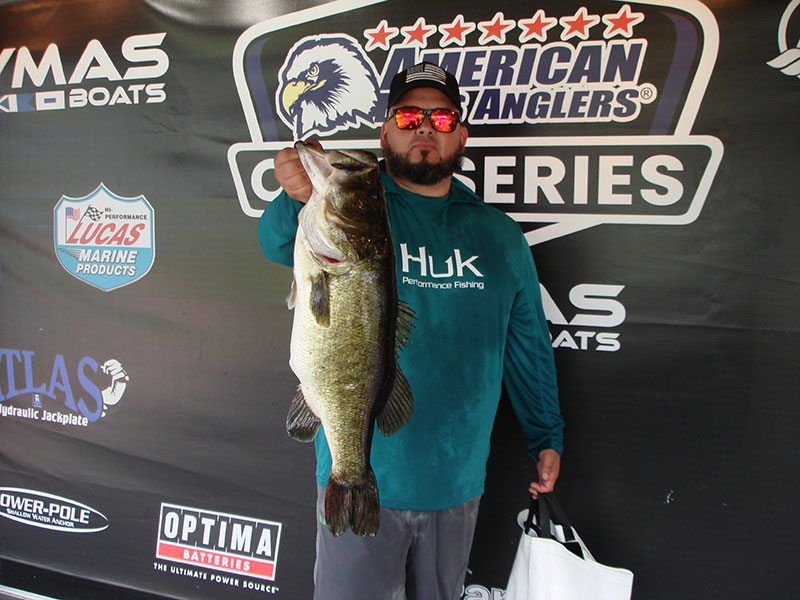 “On the first day, we didn’t leave Lake Toho,” Jaimes said. “I caught a big fish at about 7:30 a.m. I caught the biggest one about 30 minutes later. I caught one more flipping at about 11 a.m. I didn’t have a single bite after that. I was throwing a SPRO Poppin’ Frog. I was popping it, popping it when the big fish just sucked it down. I didn’t even think I had the fish on the line until he shot out of the water and wrapped around a bunch of hydrilla. I was digging in the grass to get the fish. I thought I was going to lose it. I finally pulled a big mat of hydrilla into the boat and started digging through it until we found the fish.”

“On the second day, we ran down to Cypress Lake and grinded it out,” Jaimes said. “We couldn’t find any fish bigger than two pounds, but at the end I finally caught a 3.5-pounder.”

Placing fourth for the co-anglers, Brandon D. Blondeel from Orlando caught two consecutive limits for 19.63 pounds. He held third on Day 1 with 12.68 pounds and added 6.95 pounds the final day, dipping one slot.

Alex Scott of Coral Springs stayed in fifth place among the co-anglers throughout the tournament. He finished with six bass at 17.91 pounds. He caught 10.87 pounds on Day 1 and followed that with 7.04 pounds.

Anglers may qualify for bonus money offered by such tournament sponsors as Caymas Boats, Mercury Marine, the T-H Marine Atlas Awards program, MotorGuide, and Power Pole. Anyone who qualifies for Caymas Cash rewards could receive up to $7,000 for winning any ABA Open Series event. If the winning boat carries a Mercury motor, the angler could receive an extra $1,000 in cash from Mercury Marine. If that boat comes with a MotorGuide Trolling Motor, the angler could win an additional $500.
See each manufacturer’s website for details, rules and qualifications for more information on their contingency programs.

For more information about this tournament, call the tournament director, Billy Benedetti, at (256) 230-5632.