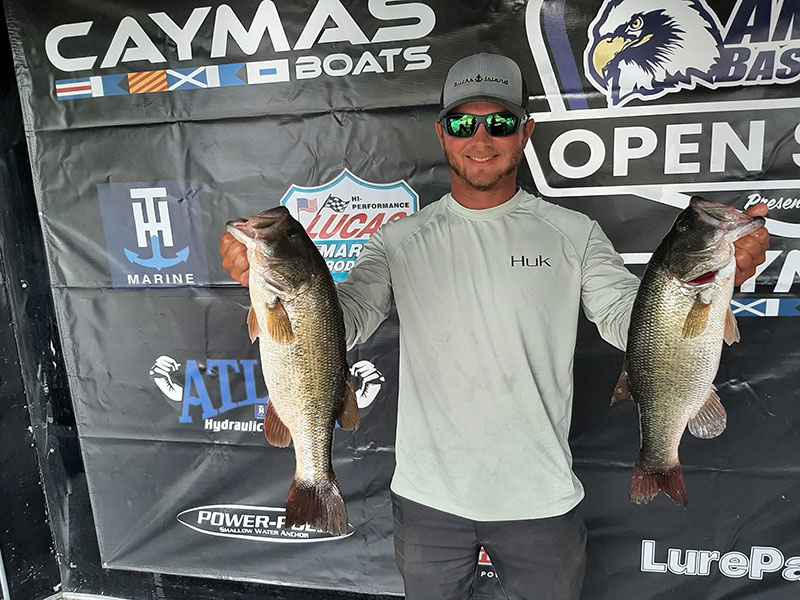 Launching at Coosa Landing in Gadsden, Ala. on a cloudy day to fish the 11,235-acre impoundment on the Coosa River, Wesson from Southside, Ala. brought in a 5-bass tournament limit for 14.41 pounds. He capped his catch with a 3.82-pounder. The second largest bass caught in the event.

“I threw a hollow-body SPRO Bronzeye Frog just about all day,” Wesson detailed. “I caught three of my weigh fish on a frog. As a backup, I threw a fluke to the fish that missed the frog. I fished bank grass the entire day. I think that cloud cover we had helped me with that shallow topwater bite. I don’t think I would have won without it.”

In second among the boaters, Greg S. Jones from of Piedmont, Ala. also landed his 5-bass limit. Jones finished with 13.52 pounds. He anchored that sack with a 2.77-pounder.

“I caught my fish flipping banks up the river,” Jones advised. “I was hitting old logs and other older cover. The cover I saw had to be touching the bottom for something to be on it. The cloud cover helped me some because the fish moved up shallower in the past week.”

Landing in the third spot for the boaters, Tripp Noojin from Bryant, Ga. pulled in his five bass for a 12.77-pound sack. He weighed down the bag with a 3.47-pounder.

“We started fishing up river in the morning,” Noojin said. “We fished a shaky head and did some flipping to catch some small fish. When the current turned on at about 11 a.m., we started throwing crankbaits and spinnerbaits.”

Just behind in fourth place, Jeff A. Cannon of Douglasville, Ga. caught a limit weighing 12.31 pounds with a 3.30-pound kicker. Andrew A. Johnson from Glencoe, Ala. found five keepers for 11.41 pounds, good enough for fifth place.

Placing sixth, Jeff A. Edmondson from the hosting town of Gadsden brought in his limit for 11.07 pounds. Nearly half of that bag came from one 5.07-pound largemouth that won the tournament lunker honors. 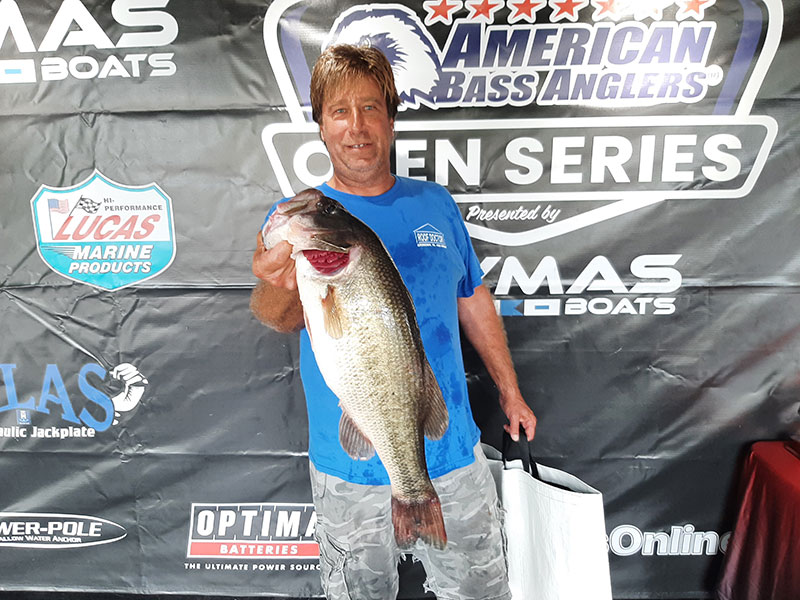 “That big fish hit a crankbait,” Edmondson stated. “I had her twin on the line at one point. If I had landed that fish, I would have won the tournament. Both of those fish hit the same crankbait.”

In the Co-Angler Division, Nic A. Carter of Ohatchee, Ala. landed a 3-bass division limit for 7.96 pounds. He topped his take with a 3.60-pound lunker that won the division big bass title. 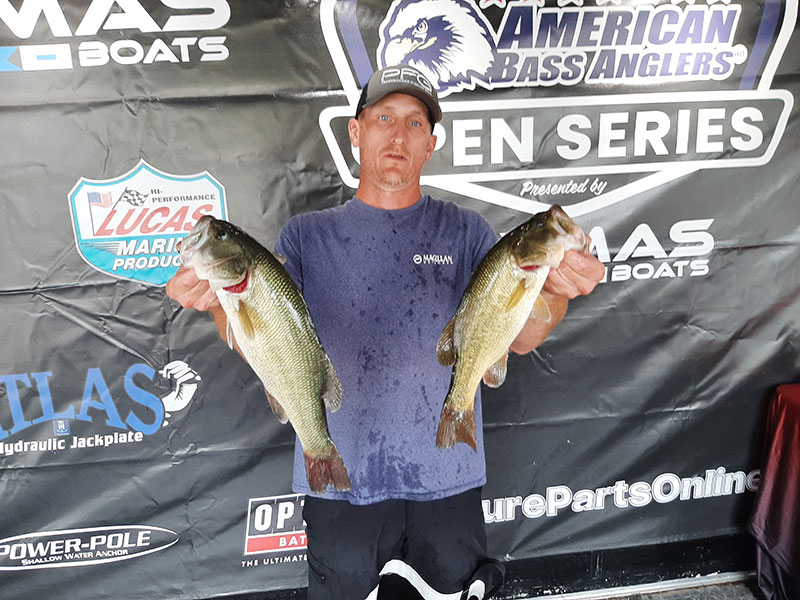 “We caught most of our fish by either fishing riprap banks or swimming a jig in the grass,” Carter explained. “The cloud cover seemed to help quite a bit.”

Finishing second in the Co-Angler Division, Zachary B. Barnes came over from Chickamauga, Ga. to catch a 3-bass limit going 7.74 pounds. One of his fish weighed 3.42 pounds.

“It was a tough day,” Barnes admitted. “We had to be patient. We caught most of our fish on plastics. I caught a good one early in the morning, which gave me confidence to keep throwing what I was fishing. I mainly threw a wacky rig, but I also threw a square-bill crankbait and a swim jig a little bit. I just had to be patient.”

Scott A. Norman from Acworth, Ga. landed in third place among the co-anglers. He brought in three bass for 6.03 pounds with a 3.38-pound kicker.

“We went down the lake and stayed in the main lake,” Norman said. “We fished humps and flats down by the dam. I caught some on a topwater bait and some on a jig. The topwater bite was on early in the morning. They stayed on that topwater bait longer than what I expected because of the cloud cover.”

Matt Cameron from Southside, Ala. caught three keepers for 5.39 pounds, helped by a 2.86-pounder, to place fourth among the co-anglers. Rounding out the top five, Duane Parker of Calhoun, Ga. caught three good bass for 4.72 pounds, including one weighing 1.83 pounds.

The division next heads to Pickwick Lake to fish a 2-day championship, set for Oct. 29-30. That event will launch from Pickwick State Park, located at 116 State Park Road in Counce, Tenn. To register for that event, Click HERE.