Launching at the Chicken Creek ramp in Cookson on a brutally hot Oklahoma summer day, the angler from Afton brought in a 4-bass tournament limit for 12.18 pounds. That gave him a 3.05-pound average.

Due to the excessive heat, tournament officials lowered the event limit for boaters from five to four bass in an effort to keep more fish alive. Consequently, not a single boater lost a bass in the livewell to heat during the tournament.

In second among the boaters, Cameron G. Foster of Wagoner also brought in four bass. His bag weighed 9.57 pounds. Foster currently leads the division Angler of the Year points race with 961.

Also from Wagoner, Shea Hornbuckle landed in the third spot with a 4-bass tournament limit going 9.32 pounds. The angler brought a check for $700 back home to Wagoner.

George Simonof from Bossier City, La. brought in three bass for 7.99 pounds. He anchored the sack with a 4.82-pounder that took tournament lunker honors. 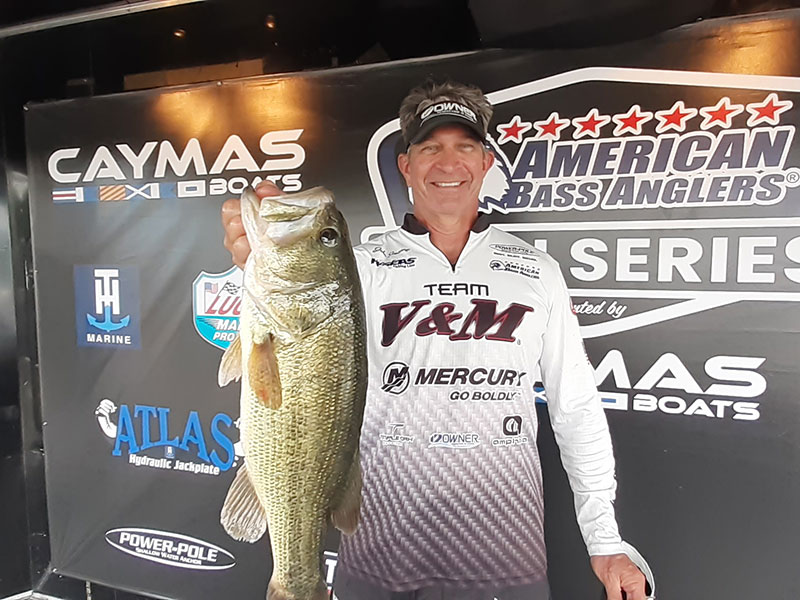 In the Co-Angler Division, Lat L. Nichols of Deport, Texas, won the division with a 3-bass division limit for 6.86 pounds. 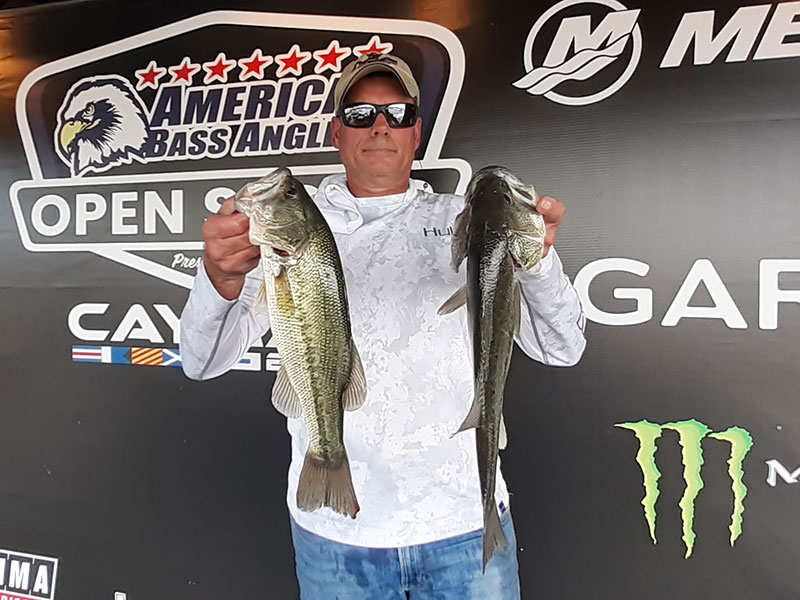 Nichols fished with Hartsell. He now holds fifth in the co-angler Angler of the Year points competition with 966.

Taking the second spot in the tournament, Stephen D. Stewart from Fort Gibson landed two keepers going 4.64 pounds. He currently occupies second place in the points race with 982, just six points behind the leader Shane Cashman of Henryetta with 988 points.

In the show spot, Terry M. Butts from Norman brought in one 3.71 pounder, but it took the big bass honors for the division. Butts holds sixth place in the points race with 963.

Bill J. Wiles from Arcadia also caught one bass, a 2.93-pounder, to finish fourth among the co-anglers. Austin Chandler of Ketchum caught one bass for 2.63 pounds and fifth place.

Previously scheduled for March 12, 2022, this tournament had to be postponed until July because a strong winter storm hit the area at that time. That made boating and traveling hazardous.

The division finishes its season with a 2-day area championship tournament, slated for Sept. 25-26, 2022, at Lake Eufaula near Eufaula, Okla. That tournament runs out of South Point Cove, located at 400 Lakeshore Drive in the town of Eufaula.