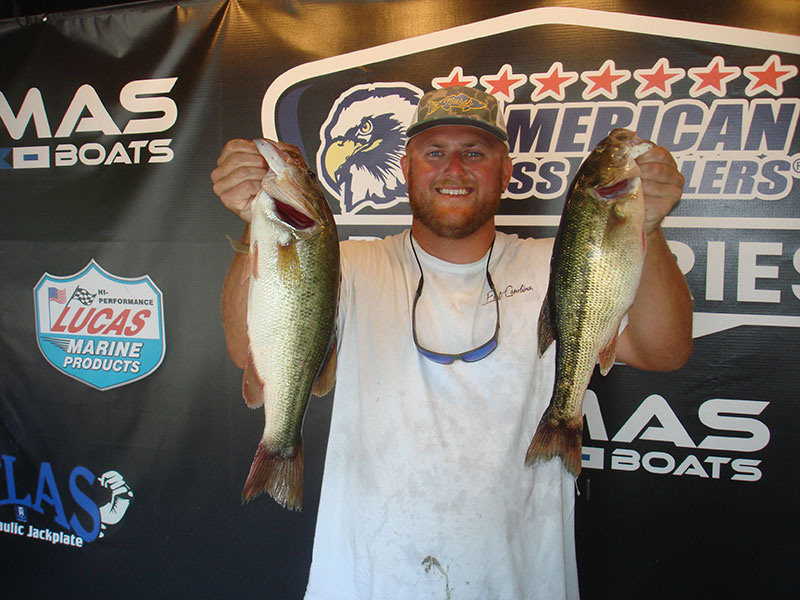 Launching at the Pinnacle Wildlife Access ramp in Mooresville, N.C., the angler from Denver, N.C. brought in a 5-bass tournament limit for 12.46 pounds. He anchored that catch with a 4.16-pound lunker that took the tournament big bass honors.

“It was a brutal day with the heat and boat traffic,” Digh remarked. “We also had to be really careful with fish care to keep them alive. I started deep and caught a limit. Then, I went up shallow and started culling fish. I threw a jig, a Pop-R and a drop-shot rig. As the day went on, I started throwing more finesse stuff. I caught about 30 fish. We had a good time.”

In second among the boaters, Cody Hoyle of Rutherfordton put his Garmin LiveScope to good use in the deep reservoir. A little more than a half-pound off the pace, Hoyle also landed a 5-bass limit weighing 11.86 pounds.

“I was fishing a drop-shot rig in 45 feet of water,” Hoyle said. “I caught 15 fish using the Garmin LiveScope to find them.”

Placing third among the boaters, George V. Baucom of Salisbury put five fish on the scale for 10.66 pounds.

In the Co-Angler Division, Billy Taylor from Newton found a 3-bass division limit for 6.94 pounds. Taylor also took the division lunker title with a 3.16-pound largemouth. 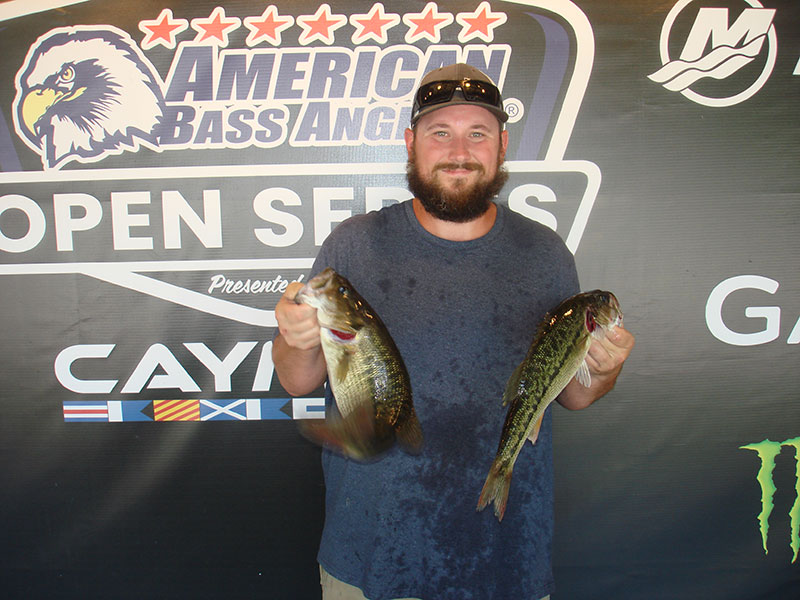 “I caught one bass on a topwater and the others on a shaky head or a drop-shot rig,” Taylor revealed. “I caught eight fish and culled twice.”

Chris D. Anderson from Mooresville finished second. He brought in three good keepers for 4.63 pounds, topped by a 2.11-pound kicker.

“I had three bites and caught three fish,” Anderson commented. “I caught a bass on a jerkbait first thing in the morning. Later, I caught one on a jig and one on a drop-shot rig. That was it.”

In third for the co-anglers, Keith Westrick from Huntersville landed two fish for 3.68 pounds.

“I caught both of my fish on a shaky head,” Westrick recalled. “The last one, I caught about four minutes before we needed to head back to the weigh-in.”

Taking the fourth spot for the co-anglers, Wes Haulbrooks of Burlington brought in a 3-bass limit for 3.45 pounds. Joe M. Floyd from Mint Hill followed with two bass totaling 3.06 pounds.

Originally slated as the second division event for the 2022 season in March, this tournament had to be rescheduled to July because a severe winter storm struck the area at that time. A drastically drop in temperatures with accompanying high winds and frosty precipitation made boating unsafe on Lake Norman at that time.

The division next fishes its 2-day area championship tournament on Sept. 10-11, 2022, at Lake Murray in South Carolina. That tournament runs out of Dreher Island State Park, located at 3677 State Park Road in Prosperity, S.C. To register for this tournament, see www.americanbassanglers.com/proddetail.php?prod=14729. 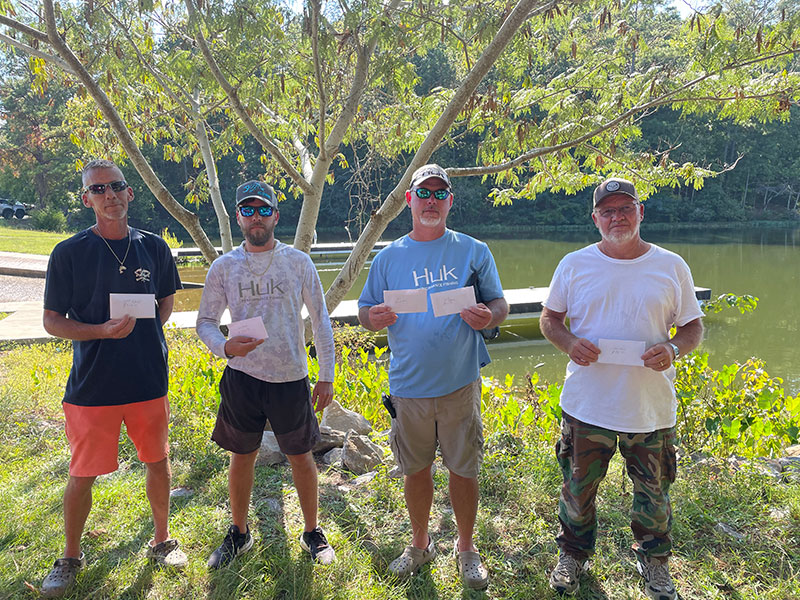 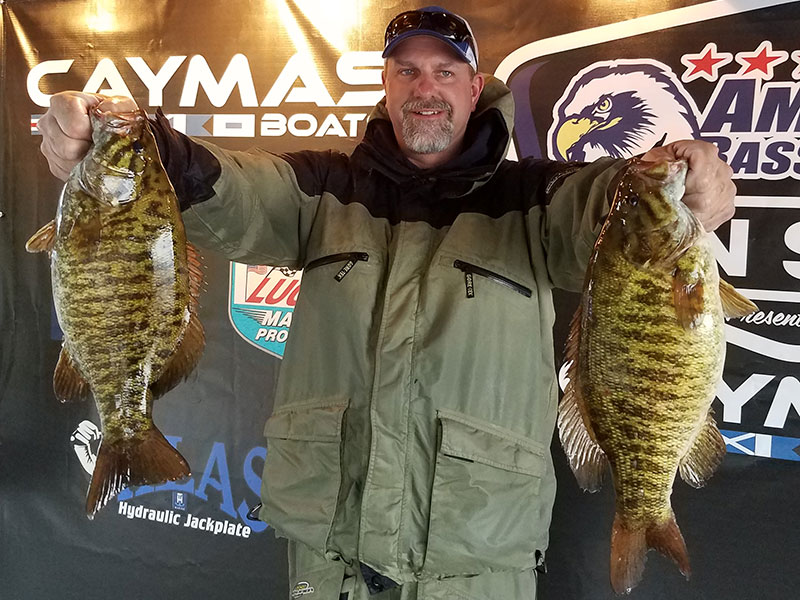