July 9th was one of the hot summer days you try to avoid when trying to fish eight hours, but 11 anglers braved the 100 degrees plus temperatures to compete in American Bass Anglers’ AFT Division #65 fourth tournament of the year on Grand Lake o’ the Cherokees. Six boats came in with a three-fish limit with First Place going to Bryan Jackson of Monett, MO, who bagged three fish weighing 10.35 lbs.  He also took “Big Bass” honors with a 4.60 lb. black bass. 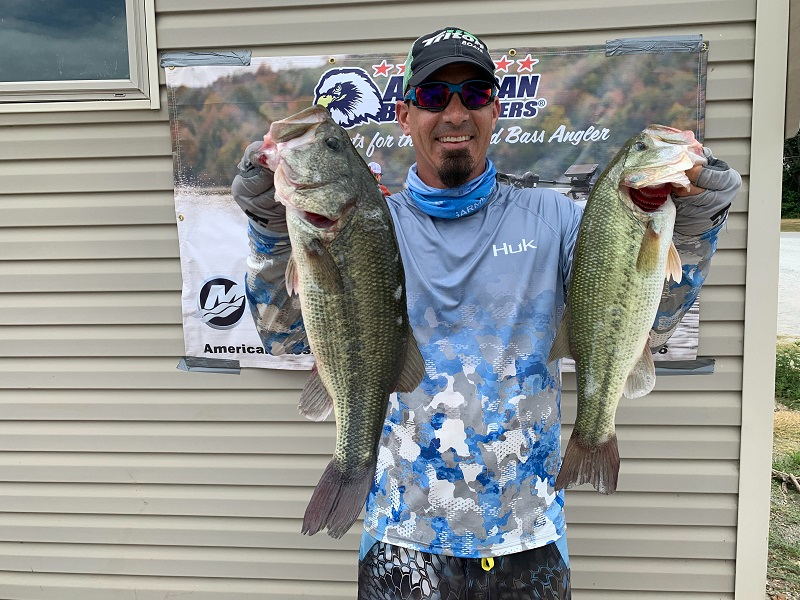 Second Place went to Curis Heintz of Afton, OK, with a three-fish limit weighing a total of 10 lbs. even.  The third-place spot went to Mike Franks of Bartlesville, OK, with a three-fish bag at 9.15 lbs.  During the two hottest months of the year, only three fish are allowed to be weighed in per Grand River Dam Authority (GRDA) rules.

The top five finishers out of the field of 11 anglers were: