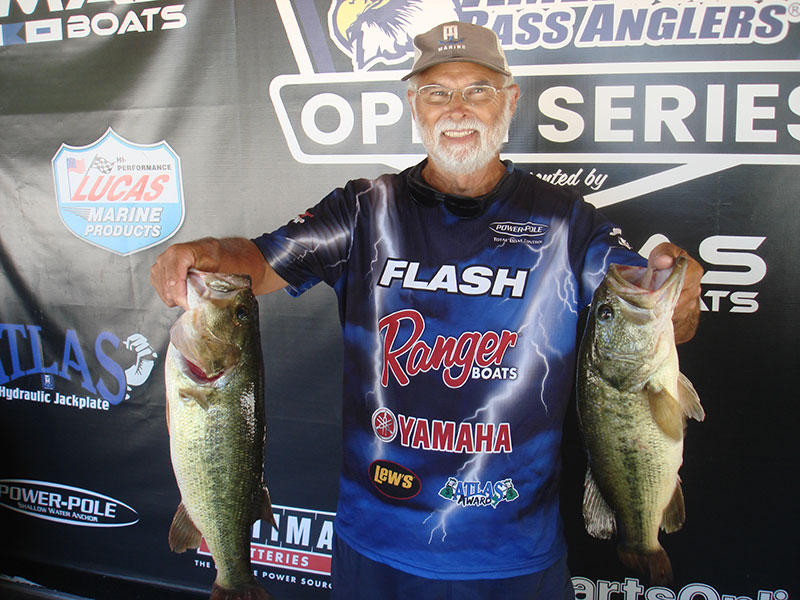 Launching at Summit Landing in Littleton, N.C., the angler from Roanoke Rapids, N.C. brought in a 5-bass tournament limit for 17.50 pounds. That gave him a 3.5-pound average. He upped his average by landing a 4.58-pounder that won the tournament lunker honors.

“I caught all my fish on a jig while fishing around boat docks,” Butts revealed. “I’ve never caught as many fish on Lake Gaston in the last five years as I did in this event. I caught about 50 keepers. All of them came from five feet of water or less.”

In second for the boaters, Ryan W. Harrell of Roanoke Rapids, N.C. also found a 5-bass tournament limit. He finished with a 14.71-pound sack anchored by a 4.01-pounder.

“I had a terrible day,” Harrell lamented. “I started hooking fish on a jig, but I couldn’t catch them. I gave up on jigs and started fishing worms. I caught most of my fish on worms, but I went back to the jig and caught a couple more. I missed enough big fish on the jig to win the tournament. I put 10 bass in the boat, but I missed a lot more than I caught.”

Dan F. Treadaway of Rocky Mount, N.C. finished third. He brought in five bass for 14.07 pounds with a 3.96-pound kicker.

“I caught most of my fish flipping the grass with a brush hog or a Senko,” Treadaway said. “The grass was growing in about four to five feet of water. I caught a total of 10 keepers. My boater probably caught about 15 bass. We had a fun day.”

Landing in fourth place for the boaters, Jonathan W. Guins from Zebulon, N.C. also brought in a 5-fish limit for 12.38 pounds. Joel M. Eberts of Powhatan, Va. rounded out the top five boaters with five bass going 12.29 pounds including one 4.04-pounder.

In the Co-Angler Division, Rod L. Mangum of Durham, N.C. landed a 3-bass division limit for 10.97 pounds with a 4.02-pounder that took the division big bass title. Mangum finished with a 3.66-pound average.. 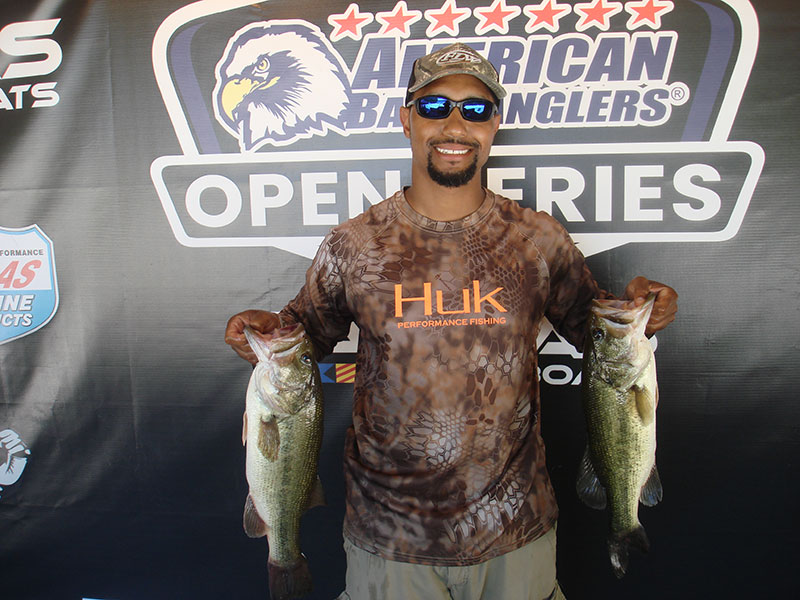 “I caught my fish on a Texas-rigged Senko around docks and grass in about five feet of water,” Mangum detailed. “I caught about 10 keepers and culled twice.”

“I caught 12 bass total,” Lewis recalled. “Most of those were with a shaky head jig. I culled some fish. With 20 minutes to go, I caught my bigger fish.”

Glenn E. Eskin of Henderson, N.C. landed in the third spot for the co-anglers with three bass at 6.36 pounds. His largest bass weighed 2.36 pounds.

“I caught 15 bass, all about the same size,” Eskin remarked. “I caught most of them on a frog and a couple on a Senko.”

The division will fish its 2-day championship Sept. 17-18, 2022, on the Potomac River. The event runs out Smallwood State Park, located at 5700 Sweden Point Road in Marbury, Md. To register for this tournament, see www.americanbassanglers.com/proddetail.php?prod=14761.