Jimmy Wilson of Wagener, S.C. served four overseas deployments, two in Afghanistan. After he retired as an Air Force master sergeant, he carried a bit of that war inside him when he went home. 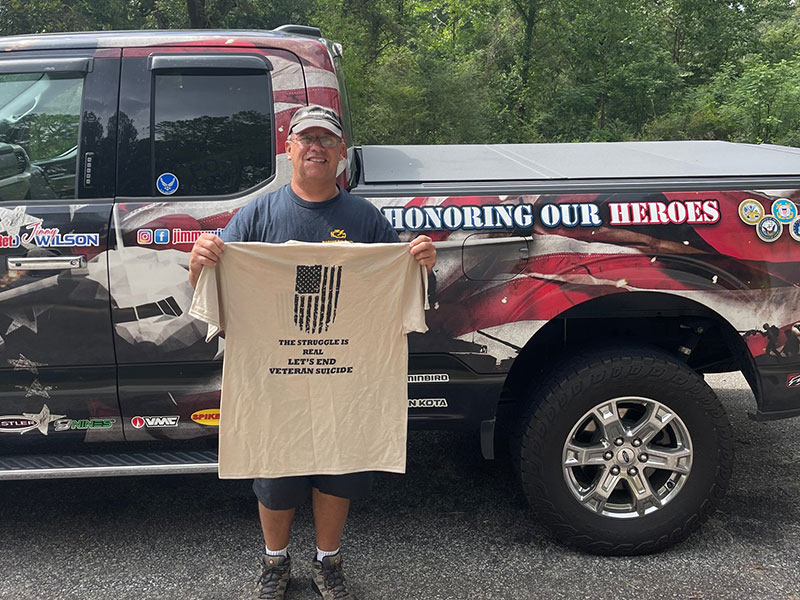 “On New Year’s Eve 2012, I went to bed early after flying back from overseas,” Wilson recalled. “At midnight, people started shooting fireworks. I jumped up and ran out the door looking for my bunker before I realized what I was doing. I couldn’t sleep. I was always on guard. In public places, I always had to face the door so I knew where the exit was. I realized I had a problem and sought help.”

Veterans from World War I called it “shell shocked.” In World War II, they labeled it “combat fatigue.” Today, we call it post-traumatic stress disorder or PTSD. The label doesn’t matter. Whatever one calls it, the memories and horrors of combat never leave a person.

Wilson went through various forms of counseling with the Department of Veterans Affairs to learn how to deal with his PTSD. Nothing seemed to help. Even before leaving the service, he began fishing bass tournaments and loved it. Being on the water helped soothe the raging fire inside. After retiring, he entered every tournament he could. Now, he fishes several American Bass Anglers tours.

“Many veterans have PTSD and don’t realize it or don’t seek help,” Wilson advised. “When I went fishing, I didn’t think about what bothered me because I was concentrating on other things. I felt great while fishing and wanted to share that experience with other veterans. I would talk to vets and tell them that fishing really helped me. Fishing isn’t for everyone, but all vets need to find something that they can do to get their minds off their experiences.”

Knowing a friend with a screen-printing shop, Wilson put a simple slogan on some T-shirts. Each shirt read, “The struggle is real. Let’s end veteran suicide.” He began bringing shirts to tournaments and selling them. With its origins based in conducting tournaments for military people, ABA seemed a natural fit. 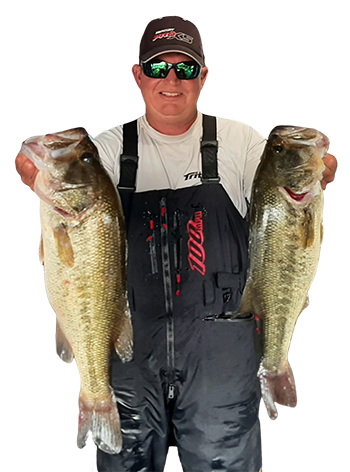 “I wanted to make donations to someone who would help vets and I learned about the Gary Sinise Foundation,” Wilson stated. “They help veterans more than anybody. I donate $2 for every shirt I sell. It’s taken off like crazy. The response from the ABA competitors has been phenomenal. Chip Rockhill, the winner of the Top 150 Solo Series tournament held in May on Lake Guntersville, Ala. donated $1,000 from his winnings.”

Founded by the actor, Gary Sinise, best remembered for portraying “Lieutenant Dan,” a disabled Vietnam veteran in the movie Forrest Gump, the foundation helps veterans and others through various programs.

“Freedom and security are precious gifts that we, as Americans, should never take for granted,” Sinise posted on his foundation’s website. “We must do all we can to extend our hand in times of need to those who willingly sacrifice each day to provide that freedom and security. While we can never do enough to show gratitude to our nation’s defenders, we can always do a little more.”

Wilson contacted the foundation and spoke to a representative named Andrea Triano. Since she didn’t live too far from the venue, she loved the idea of the donation and decided to drive to Lake Chickamauga, Tenn. to accept it in person on behalf of the foundation. 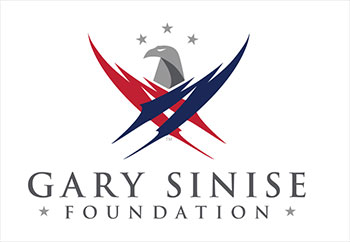 “We are 100 percent privately supported,” said Sarah Hollis, Senior Director of Donor and Foundation Relations for the Gary Sinise Foundation. “All the money we raise goes directly into programs that help veterans, active duty, their families and first responders in need. We have a broad mission that allows us to serve those who served us and our nation. We appreciate the spotlight that Jimmy was willing to do to reach out to us. It takes all of us to help others.”

Wilson will present a donation to the foundation during the Day 1 weigh-in for the ABA Top 150 Solo Series, Presented by Caymas Boats, tournament at Lake Chickamauga on June 17. The weigh-in will take place at Chester Frost Park, located at 2277 Gold Point Circle N in Hixson, Tenn.

Wilson will continue selling shirts up to the last minute to maximize the donation. Moreover, he plans to sell shirts and collect donations for the Gary Sinise Foundation at every tournament in which he competes.

“We’re super excited about this,” Hollis remarked. “I think Jimmy’s story and his pathway to this event is motivational for others to find their way of healing as well as their way of giving back to others. We love what Jimmy is doing and we want it to grow. More than the money, which is vital to what we do, Jimmy will help bring awareness to the foundation, PTSD and serving veterans and first responders. It all goes together for the greater good.”