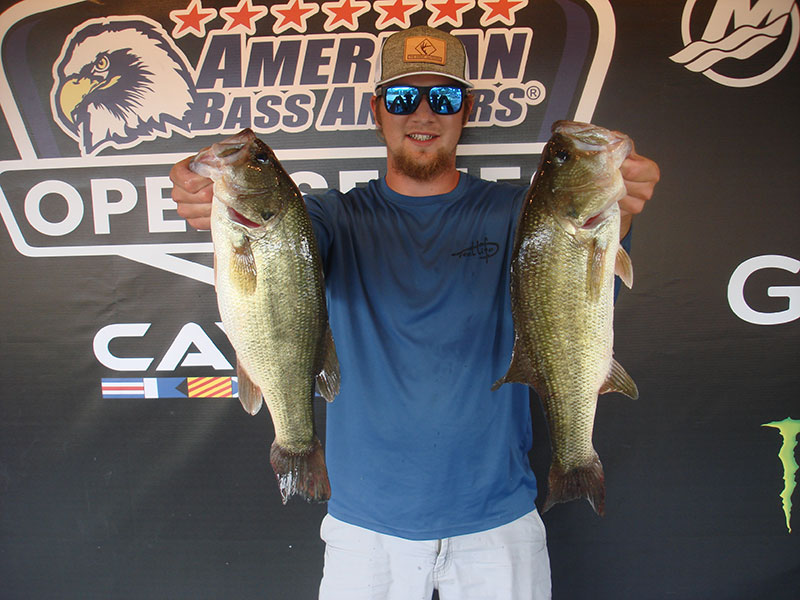 Launching at Tamarac Marina in Salisbury, the angler from Charlotte brought in a 5-bass tournament limit for 18.38 pounds. He anchored that bag with a 4.42-pounder to improve his average to 3.68 pounds.

“I mostly fished a jig in the morning,” Frye revealed. “After that, we pulled offshore and fished a big worm or a jig the rest of the day. We were in about eight to 10 feet of water.”

In second among the boaters, Michael D. Stephens of Gastonia also landed his 5-bass limit. He finished with 17.51 pounds and anchored that sack with a 5.04-pounder. That fish took the division big bass honors. 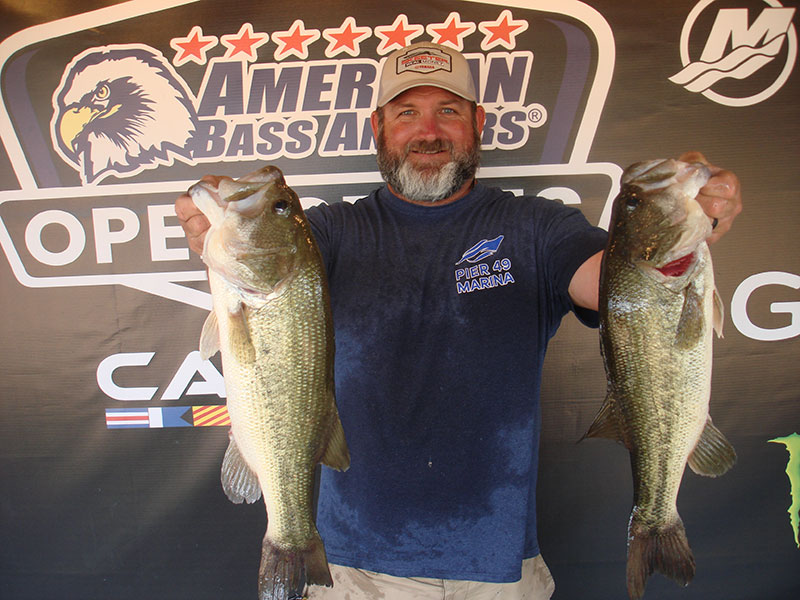 “I caught everything I weighed on a jig,” Stephens detailed. “I was fishing it super slow around docks. I had five bites and caught a total of five fish.”

“I caught about six or seven fish and lost one that probably would have helped me,” Smith said.

Right behind in fourth, David E. Bright of Mooresville brought in five bass for 14.46 pounds with a 4.90-pound kicker. Scott D. Beattie from Sherrills Ford rounded out the top five boaters with a 5-bass limit going 14.39 pounds.

In the Co-Angler Division, Jerry L. Neuner of Rutherfordton landed a 3-bass division limit for 11.43 pounds. That gave him a 3.81-pound average. He improved his average by landing a 4.87-pounder. 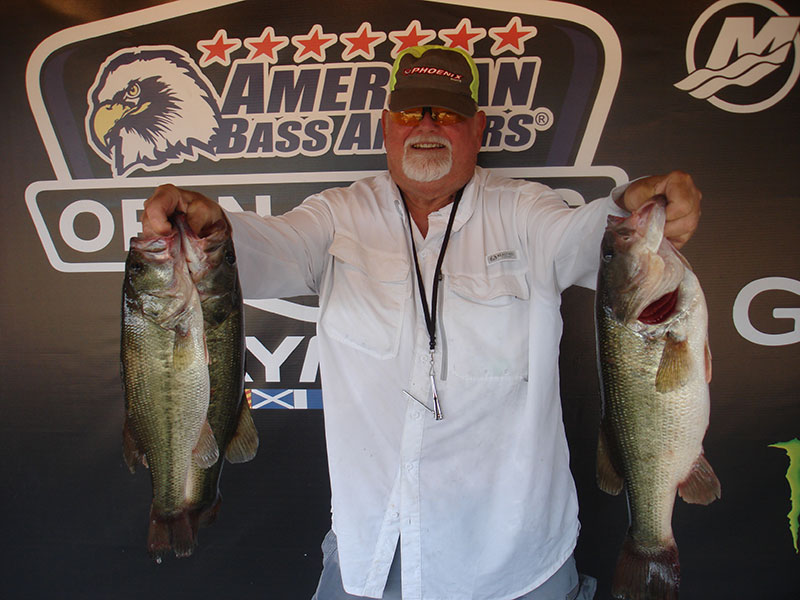 “I caught my fish in the last 30 minutes of the tournament,” Neuner remarked. “I caught them on a big worm. I was fishing it anywhere from eight to 20 feet deep. I was running it across the bottom. I caught a total of three keepers and a couple of little ones.”

LeMar Shore from Raleigh also landed his 3-bass limit to tally 9.20 pounds.
“I caught a good amount of fish on a jig offshore,” Shore stated. “I also caught some fish on a stick worm.”

Landing in third for the co-anglers, Bobby K. Henderson from Charlotte put two keepers on the scales for 8.28 pounds. One largemouth weighed 6.94 pounds and took the tournament lunker title. 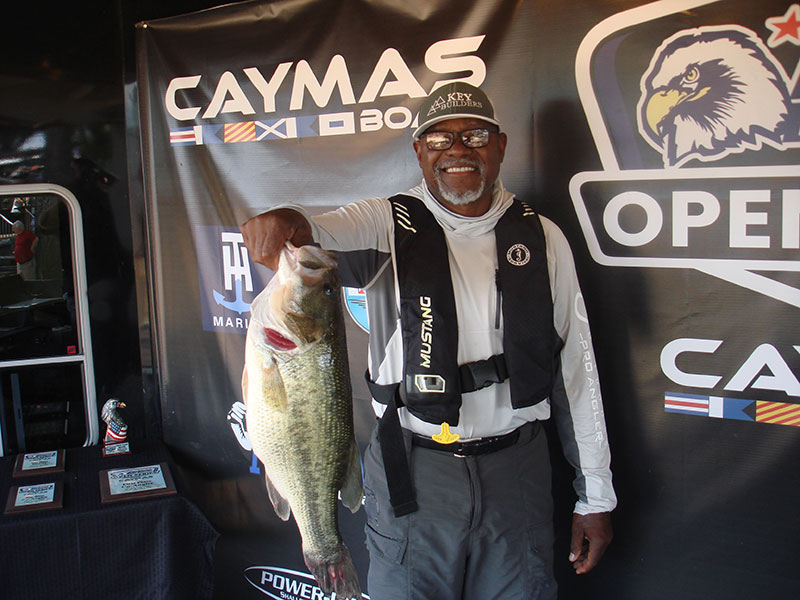 “I caught the big bass on a black trick worm fished on a shaky head,” Henderson advised. “My boater put me on fish.”

Originally scheduled for March 12 at High Rock Lake until a winter storm caused the tournament to be rescheduled, the division's final regular-season event will be held July 23 at Lake Norman. That event will run out of the Pinnacle Wildlife access ramp, located at 1556 River Highway (Highway 150) in Mooresville. To register for this tournament, see www.americanbassanglers.com/proddetail.php?prod=14722.