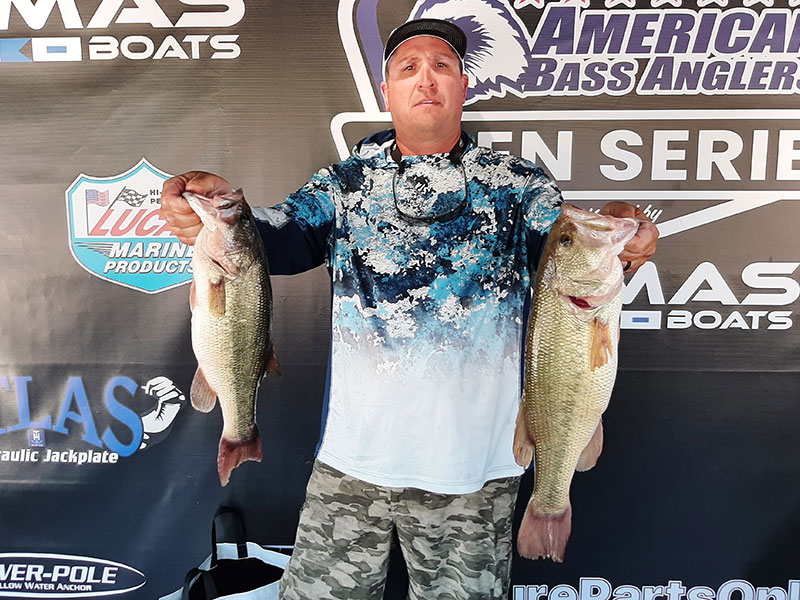 Launching at Flippers Bait and Tackle ramp in Gallatin, Tenn., the angler from the hosting town of Gallatin brought in a 5-bass tournament limit for 15.03 pounds. He anchored that bag with a 4.76-pound kicker to give him slightly better than a 3-pound average.

“I started catching fish early in the morning,” Perry explained. “That gave me a clue of what I needed to do. I caught an early limit fishing up shallow with a buzzbait. After that, I started flipping wood. I culled a few times and worked my way out deeper as the sun got higher. That’s where I caught my biggest bass.”

In second among the boaters, Clark F. Cowley of Lebanon also landed his 5-bass limit for 14.49 pounds. His biggest fish weighed 3.45 pounds. H

“Early in the morning, I went shallow with a swim jig,” Cowley commented. “I had a good limit by 7 a.m. At noon, I went deeper, fishing a shallow drop down to 10 to 12 feet of water. I caught two 3-pounders on a shaky head and then caught my biggest fish. A shaky head is one of my favorite baits.”

Right behind, Jesse L. Rigsby from the town of Old Hickory brought in five bass for 14.30 pounds. He weighed down that sack with a 4.86-pound largemouth that took tournament lunker honors. 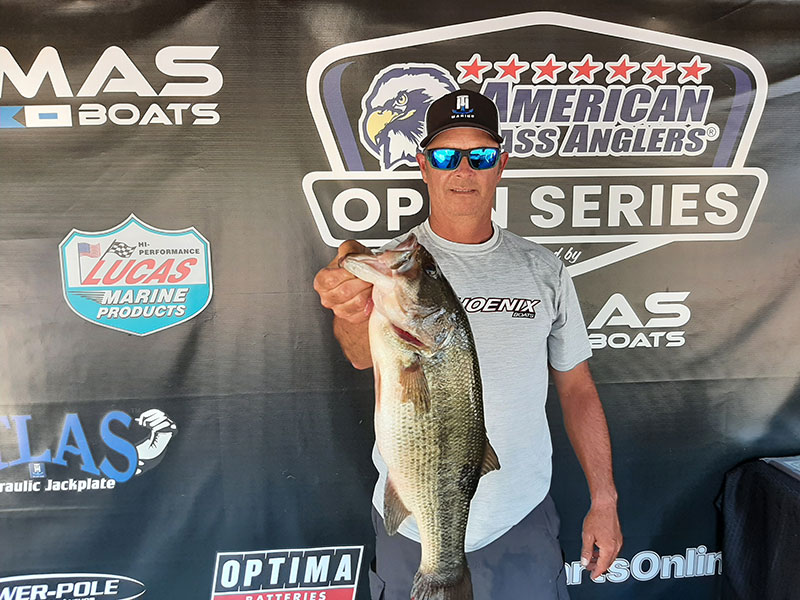 “I had a good day,” Rigsby recalled. “The big one sucked down a frog. I didn’t even hear the bite. She just took it down and I set the hook. I really didn’t get that many bites and I lost one close to five pounds and another about three pounds that probably would have given me the win. That’s fishing.”

In the Co-Angler Division, Brian M. Haworth of Cookeville landed a 3-bass division limit for 7.96 pounds. That gave him a 2.65-pound average. 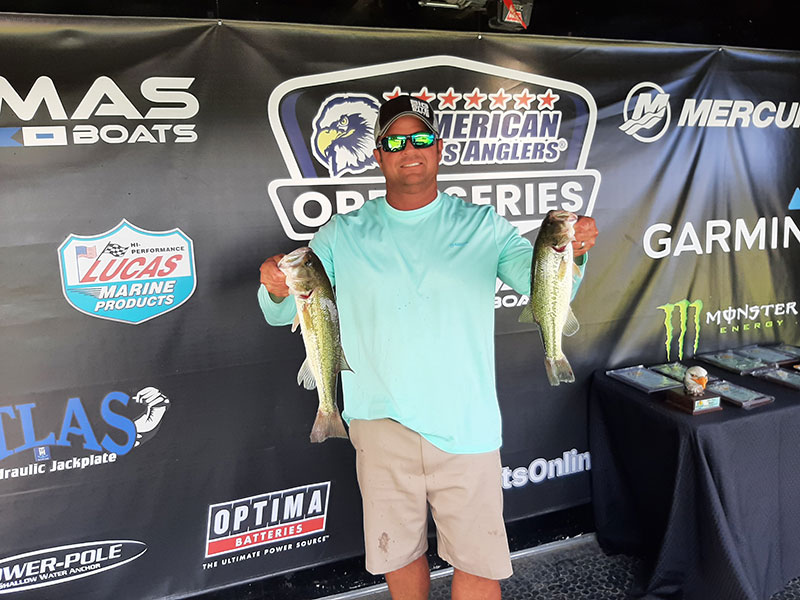 “I fished shallow, pitching and flipping all day,” Haworth said. “I got paired with a good boater.”

In second for the co-anglers, John F. Roloff from Mount Juliet found three good keepers for 7.79 pounds. He anchored his bag with a 3.88-pounder, the second largest bass caught by any co-angler. .

“I stayed on one spot and threw plastics at them all day,” Roloff reported. “We moved in and out, fishing shallow and deep trying to keep up with the fish.”

Ricky England of Sparta placed third with a 3-bass limit at 5.99 pounds.

“I had a really good boater,” England revealed. “We started on some drops and caught several fish. Then, we moved up shallow and fished with a swim jig. I caught one on a beaver, one on drop-shot rig and one on a Ned rig.”

Placing fourth for the co-anglers, Logan M. Stewart of Nashville brought in two keepers for 5.88 pounds. One of them weighed 4.26 pounds, big enough to earn the division big bass title. 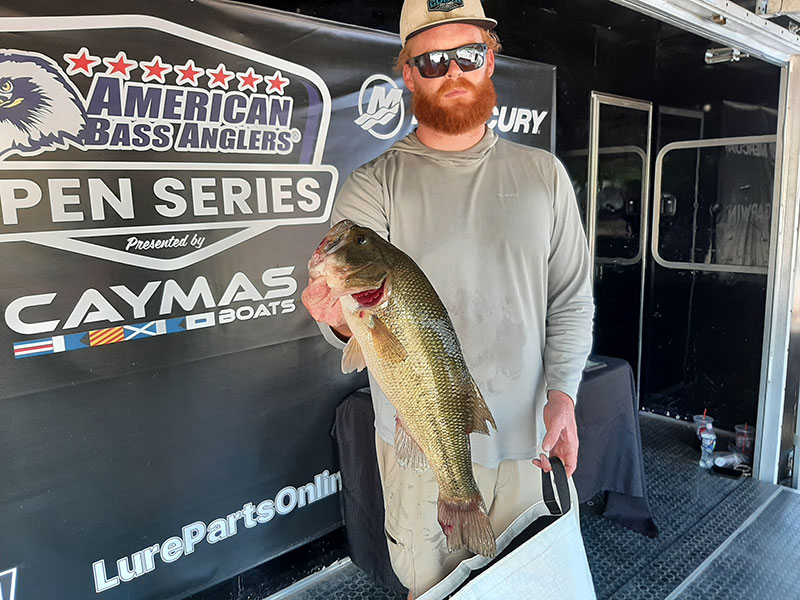 “I caught that big fish on a shaky head,” Stewart said. “That’s a fish-catching lure. It catches big ones, little ones, all of them.”

The anglers return to Old Hickory for a 2-day championship on Sept. 17-18, 2022. Again, that tournament will run out of Flippers Bait and Tackle. To register for that championship event,  CLICK HERE.