The Blalocks weighed a 5-bass tournament limit for 10.84 pounds. They collected $825 for the win.

In second by 1.6 ounces, Ben and Ashley Sutton brought in their 5-bass limit to drop the scales to 10.74 pounds. They pocketed $412 for second place. The pair also earned the Division Anglers of the Year title for annual bragging rights. 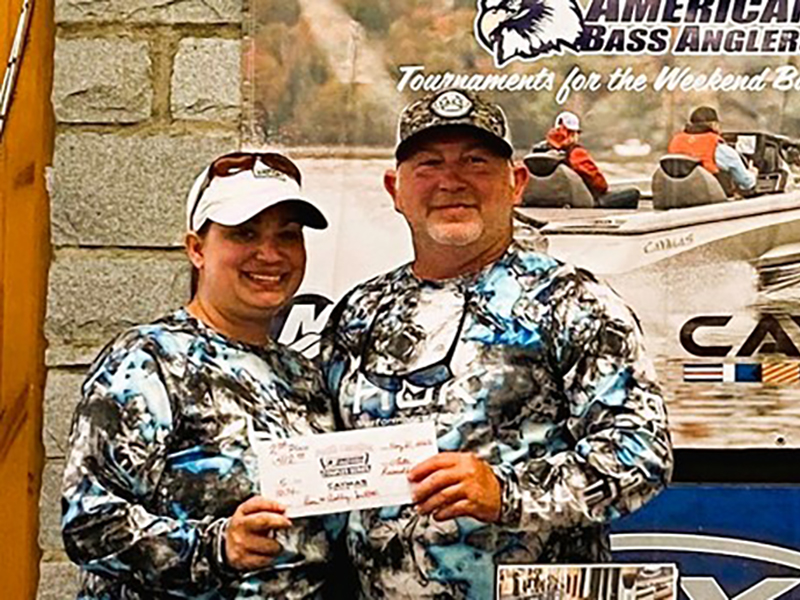 Just behind in third place, Gene and Bertie Wiggins landed five keepers at 10.62 pounds. They earned $248 for third place. Bertie landed the biggest bass caught by a woman angler at 2.58 pounds. That put another $110 in her pocket. Gene caught the tournament lunker, a 4.75-pounder that gave him an extra $110 for a total winnings at $468. 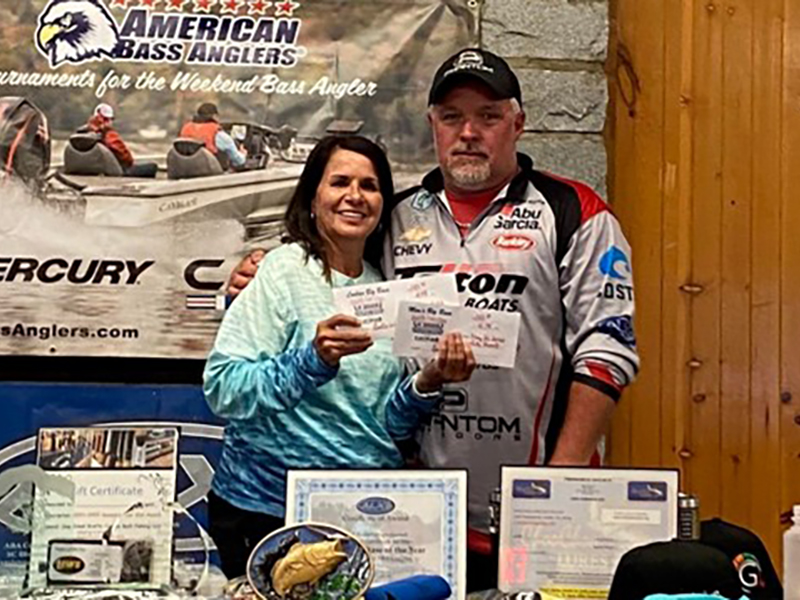 Bryan and Sharon Waddell finished fourth with five bass going 9.52 pounds. They went home with a check for $165.

John and Susan Mills finished fifth, but earned a $100 bonus from G-Line as the highest finishing couple using a G-Line battery to power their trolling motor. John and Susan came into the final event with the lead for Division Anglers of the Year competition.

David and Candace Lanier brought in the lightest 5-bass limit at 5.33 pounds. However, they earned a $50 from Berkeley for that distinction.

The tournament ran out of Richard B. Russell State Park in Elberton, Ga. The reservoir covers 26,650 acres along the Savannah River, straddling the South Carolina-Georgia line.

“Another season is in the books and we’re already looking forward to next season starting in October,” stated Tom and Missy Bancroft, South Carolina Division directors. “A total of 19 of our 22 teams brought a limit to the scale in this warm tournament. Our couples brought 97 bass to the scale with a total weight of 154.44 pounds. That gave the competitors an average 1.59 pounds per fish. Victoria Goff presented the Dale Goff Memorial Award for Consistency to John and Susan Mills. Congratulations to our winners.”