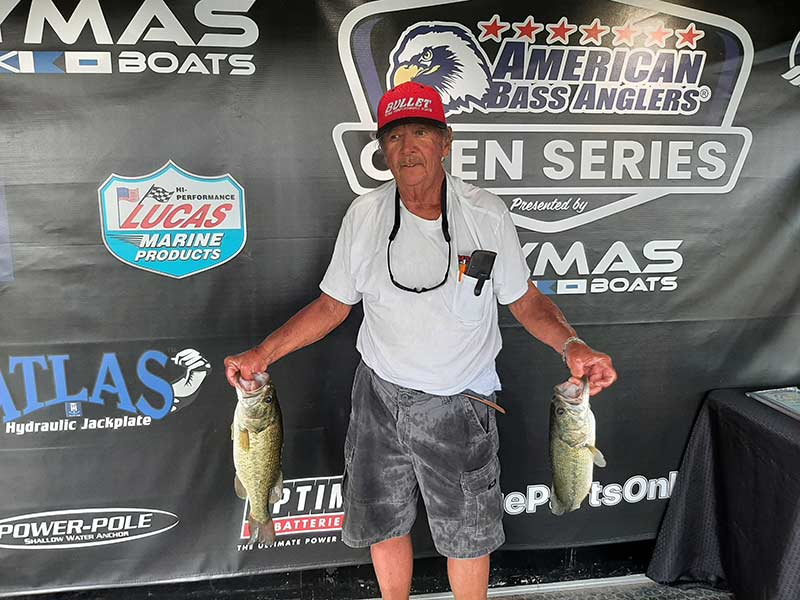 The angler from Kingston brought in a 5-bass tournament limit for 12.42 pounds. He capped that catch with a 3.64-pound lunker to take the division big bass title..

“I caught them all on a jig,” Dunaway said.

In second among the boaters, Joseph S. Tallent from Knoxville also landed his 5-bass tournament limit. He put 10.83 pounds on the scales, topped by a 3.05-pound kicker. 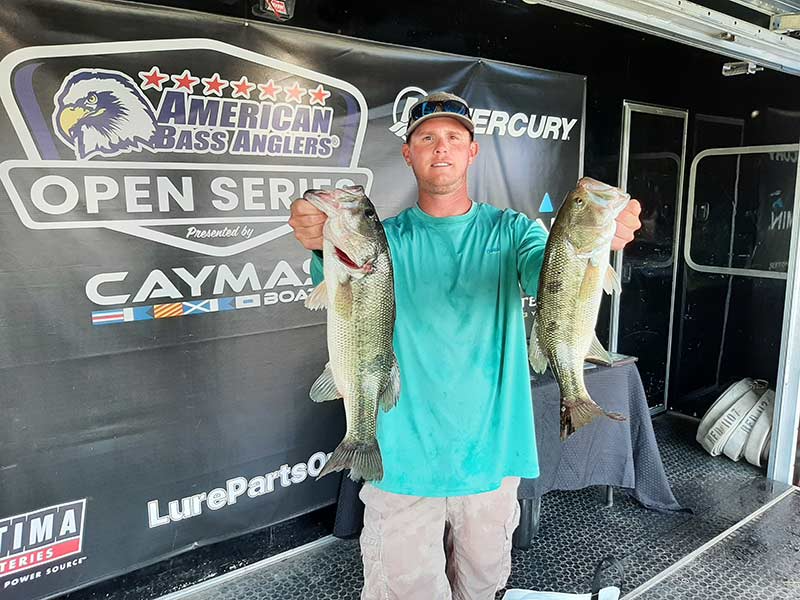 “I ran around and must have hit about a hundred spots,” Tallent detailed. “I was doing a little bit of everything. I lost two really good fish.”

Brian K. Holcomb of Madisonville placed third. He found five keepers for 10.36 pounds. Rodney L. Allen of Clarkrange found a limit for 9.33 pounds, good enough for fourth place. Rounding out the top five boaters, Jon L. Cruver from Dayton, Tenn., put three keepers on the scales for 8.61 pounds, including a 3.48-pound kicker, the second largest bass caught by a boater.

In the Co-Angler Division, Mark A. Pirkle of Cleveland, Tenn. landed a 3-bass division limit for 7.52 pounds. He anchored that bag with a 2.94-pound kicker. 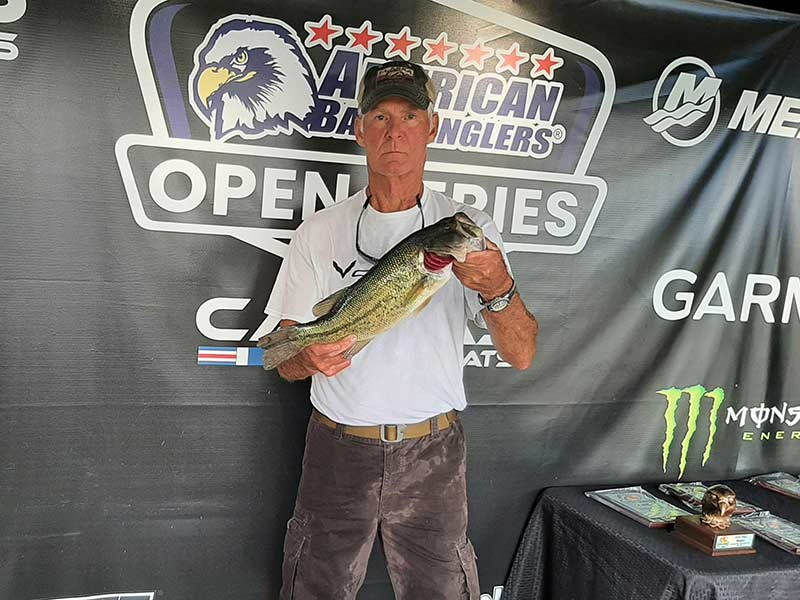 “I caught three fish on three different baits,” Pirkle revealed. “I caught the first one on a Spook. One on a Senko and one on a jig.”

Taking the second spot, Zachary B. Barnes from Chickamauga, Ga. landed a limit going 7.26 pounds. He also brought in the second largest bass caught by a co-angler at 3.03 pounds. 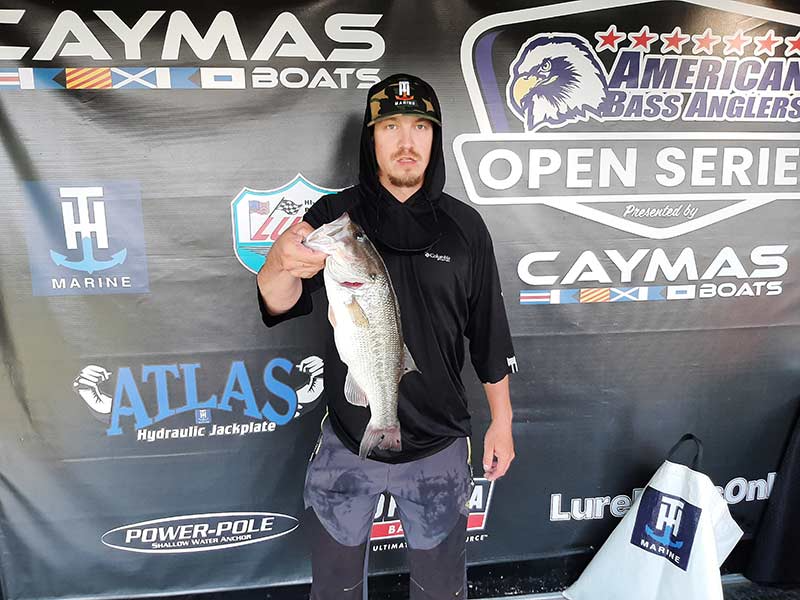 “I was fortunate to get paired with a good boater,” Barnes said. “We were around fish all day. We helped each other try to figure them out. We just weren’t catching the right ones. We caught bass on a worm, some on swimbaits, some on rattle baits and some on ChatterBaits. There really was no pattern.”

David L. Marr from Cleveland, Tenn. took third with two bass at 4.24 pounds, topped by a 2.17-pounder. Steven L. Coffey finished fourth with only one fish, but he made his 4.13-pound smallmouth count. That brownie gave him tournament bragging rights for the biggest bass of the day. 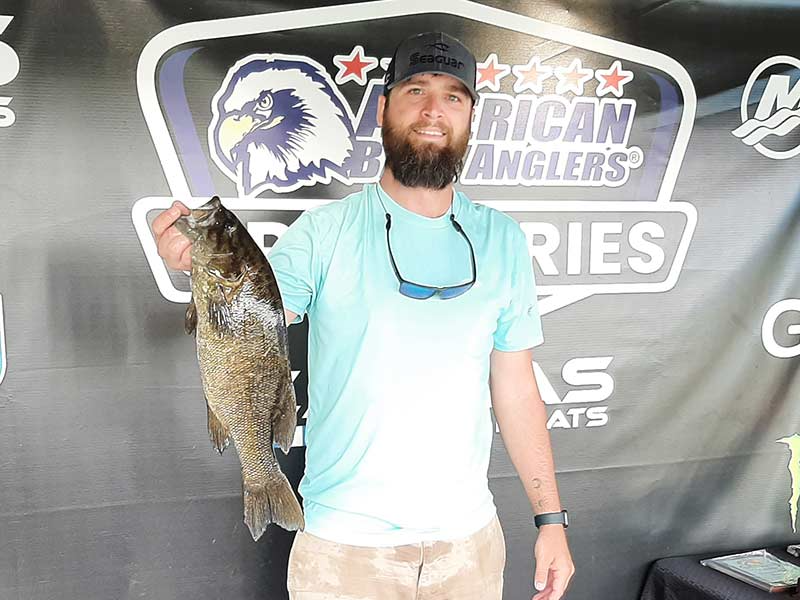 This was the first of two East Tennessee Division 4 events to run back-to-back on Watts Bar Lake. A second distinct tournament, NOT a 2-day event, will take place May 22. The originally scheduled division opener was supposed to run on March 12 at Lake Chickamauga. However, a snow and ice storm hit the area at that time, making driving and boating dangerous.

Therefore, for safety reasons, tournament officials rescheduled the tournament to May 22 and moved it to Watts Bar Lake. Both events run out of Tom Fuller Park, located at 1360 Pumphouse Road in Rockwood, Tenn. The public is invited to attend.

The division next heads to Nickajack Lake on June 11, 2022. The anglers will run out of Marion County Park, located at 9696 US-41 in Jasper, Tenn. To register for this event, Click Here.