Craft Wins It All On Historic Potomac River 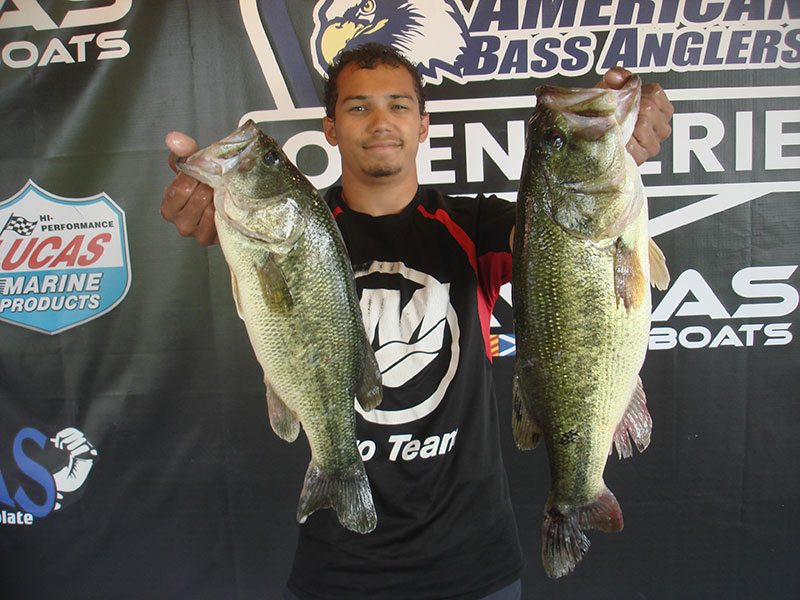 Launching at Smallwood State Park in Marbury, Md., the angler from Dunkirk, Md., brought in a 5-bass tournament limit for 16.56 pounds. That gave him an average of 3.31 pounds. Craft anchored that catch with a 5.59-pounder that took tournament lunker honors.

“I caught everything on a jig around the grass,” Craft reported. “I caught a total of nine keepers and did some culling.”

In second among the boaters, Jason “Shippy” L. Shipton of Muncy, Pa. also landed his 5-bass limit. Less than half a pound out of first, Shipton finished with 16.17 pounds. His largest bass weighed 3.81 pounds.

“I caught my fish on a swim jig,” Shipton detailed. “I was fishing a weed line in about 5.5 feet of water. I caught about 25 fish. They were biting it today.”

In third for the boaters, Aaron D. Dixon of Bel Alton, Md. also brought in five keepers for 15.42 pounds.

“I caught most of my fish on a 1.5 crankbait around rocks,” Dixon said. “I caught my biggest one sight fishing.”

Ernest R. Freeman of Broad Run, Va. finished fourth with five bass at 15.28 pounds, worth a check for $500. Rounding out the top five boaters, Jeffrey L. Bloom of Duncansville, Penn. landed a 5-bass limit for 14.79 pounds with a 4.40-pound kicker. 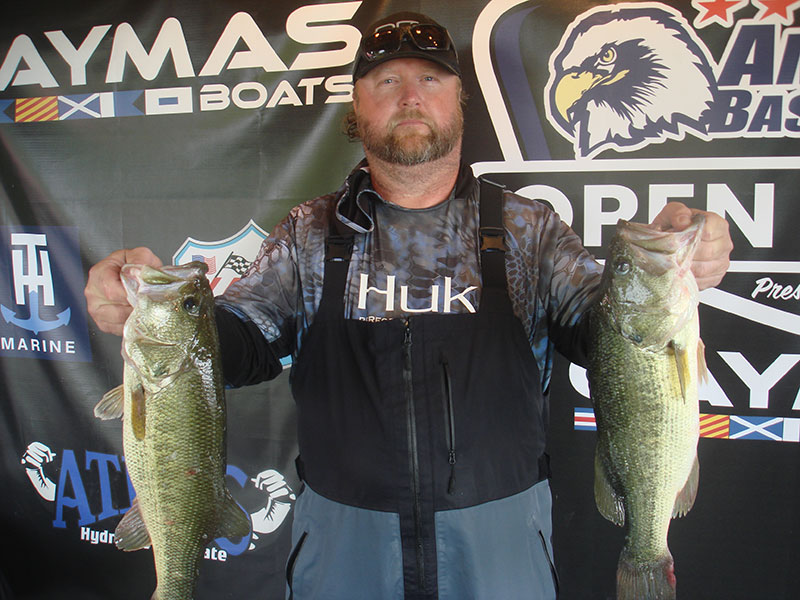 “I caught all my fish on a bladed jig and soft plastics,” Hamilton commented. “I caught about 25 fish altogether and culled three times.”

Just one one-hundredth of a pound off the lead, Kevin A. Linza from Fredericksburg, Va. placed second among the co-anglers with three bass going 11.56 pounds. He also brought in the division big bass at 4.92 pounds. If that big bass would have recently swallowed a shad, Linza would have taken it all.

“Point zero one! That’s insane,” Linza lamented. “I had a really good day. I put about 25 keepers in the boat. I was fishing shallow grass flats with a bladed jig, a crankbait and a Senko. They were eating it. My boater probably caught about 20 keepers as well.”

Robert A. Wedding from Welcome, Md., placed third among the co-anglers. His 3-bass limit weighed 10.42 pounds, helped by a 3.91-pounder.

“I was in a little area with some rocks throwing a 1.5 square-bill crankbait,” Wedding revealed. “I caught about 15 keepers.”

In fourth place for the co-anglers, Craig H. Thomas from Allenwood, Penn. brought in three keepers for 10.30 pounds with a 3.59-pound kicker. John K. Chacosky of Media, Penn. finished fifth with a 3-bass limit at 10.14 pounds.

The division returns to the Potomac River for the third event of the season on June 4, 2022. That tournament will also run out of Smallwood State Park. To register for this event, Click Here.