OKEECHOBEE, Fla. – Matt B. Wieteha won the Boater Division in the final regular-season event of the Florida South Division 7 season in the American Bass Anglers Open Series, Presented by Caymas Boats, held May 14, 2022, on Lake Okeechobee. 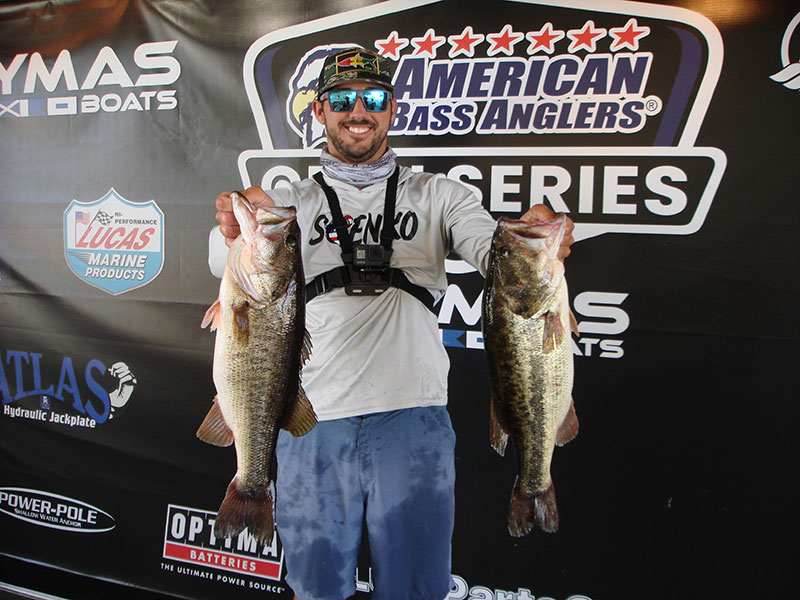 Launching at the C. Scott Driver Park landing in the town of Okeechobee to fish the 730-square-mile lake, the Miami angler landed his 5-bass tournament limit for 25.52 pounds. That gave him a 5.10-pound average. He increased that average by catching a 6.95-pound kicker. For the victory, Wieteha took home a check for $2,300.

“First thing in the morning, I ran about 10 miles and started on a shad spawn,” Wieteha described. “I caught a 4-pounder and a 6.95-pounder on a Gambler GOAT swim jig with a white trailer. I pushed my way back throughout the day and picked off a fish here and there. I caught the rest of my fish on a frog. I caught two between 8 a.m. and 9:30 a.m. Then, I moved to another spot. At the end of the day, I caught one almost weighing six pounds.”

In second among the 44 boaters, Doug L. Walker from the hosting town of Okeechobee landed five bass for 25.32 pounds, less than a quarter-pound off the lead. He anchored that catch with a 7.43-pounder to collect $1,000.

“All the big bites I had I landed,” Walker stated. “I fished the north side of the lake and threw a variety of baits including Spooks and frogs. Topwater is what I do best.”

Right behind in the third spot, Jerry J. Vanis from West Palm Beach finished with a 5-bass limit for 24.44 pounds. He earned $700 for the sack.

“I fished around bluegill beds on the north end of the lake,” Vanis detailed. “I threw a Gambler EZ all day long looking for a topwater bite. I lost a really big one that would have helped a lot.”

Don W. DeMott of Boca Raton placed fourth with five bass and 22.91 pounds anchored by a 6.26-pound kicker. Rounding out the top five for the boaters, Gary K. Milicevic from Labelle found five keepers for 20.02 pounds.

Kelly P. Autrey from Clewiston landed in ninth place with five bass going 17.36 pounds. More than half of that weight came from one 8.88-pound bucketmouth that took tournament lunker honors and put $440 in Autrey’s pocket. 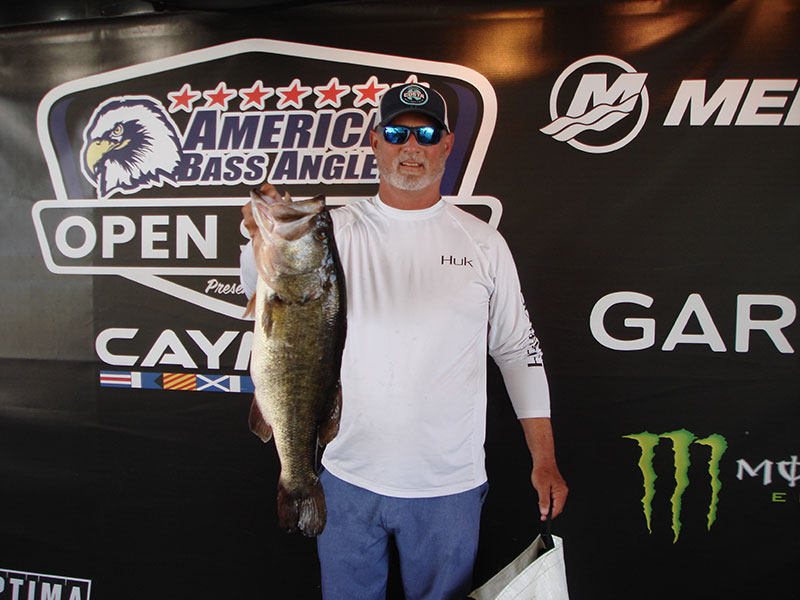 “That big bass hit a popper frog at about 1 p.m.” Autrey said. “I had three fish when I changed to a frog and caught two more. I only caught five fish all day. I was fishing up at the north end.”

In the Co-Angler Division, Jim J. Short came all the way down from Ocean Pines, Md. to bring in a 3-bass division limit for 17.07 pounds. He anchored that sack with an 8.30-pound mossback to give him a 5.69-pound average. He pocketed $1,050 for winning and a $220 bonus for landing the largest bass caught by any co-angler, but almost came in about six pounds short of the winning weight. 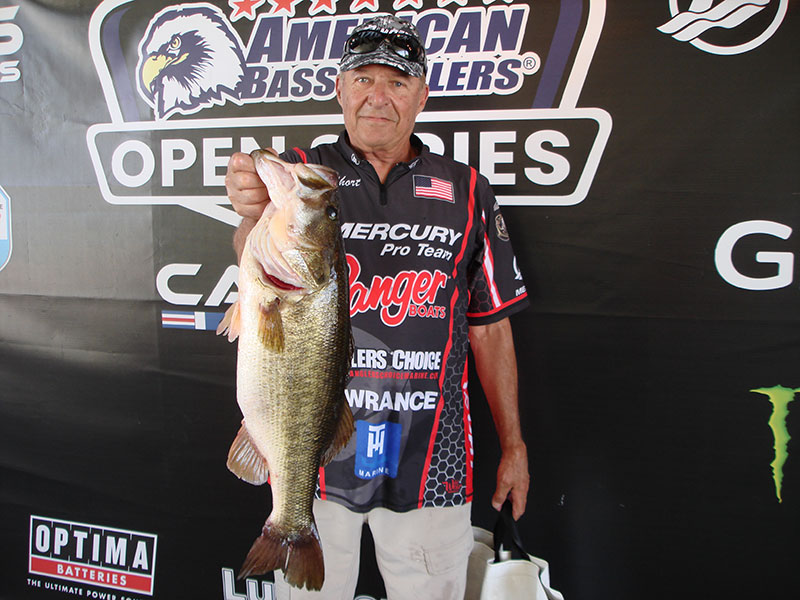 “We started fairly close to the marina and ended up all the way down at the other end of the lake,” Short revealed. “We made six stops on the way down. I caught the big bass about 30 minutes before we needed to come in. I caught it flipping a Senko with a half-ounce weight. I culled a 2.5-pounder for the big fish. That made a big difference. I also caught two bass on a frog and three on a speed worm. I had a good boater who kept us around fish.”

Irving I. Mercado from Davenport, Fla. placed second among the co-anglers with three bass at 15.70 pounds. He anchored that sack with a 6.59-pound kicker to earn $550.

“We went about midway down the lake,” Mercado said. “I caught all my fish on a ChatterBait in the second half of the day. I missed all my fish in the morning. I missed some with a swimbait too. I just couldn’t hook them. I started changing the lures and finally caught the fish that counted.”

Taking the third spot for the co-anglers, Timothy D. Pass of Apopka placed three keepers on the scales. He finished with 14.20 pounds, including one 6.20-pounder to win a check for $400.

“I fished a frog all day,” Pass explained. “I caught two small ones on a swimbait, but everything I weighed came on a popper frog.

Landing in fourth place, Robby H. Zellers from Clewiston found three good keepers for 13.92 pounds. One of them weighed 6.66 pounds. Jesus A. Gutierrez of Haines City placed fifth among the co-anglers with three bass at 10.77 pounds.

The division fishes it’s 2-day final seasonal event on Sept. 17-18, 2022, at Lake Tohopekaliga, also called Toho, at the northern end of the 100,000-acre Kissimmee chain of lakes south of Orlando. That event will launch at Kissimmee Lakefront Park in the town of Kissimmee. To register for that event, Click Here.