Launching at Nutbush ramp near the town of Henderson, Va., the angler from Roanoke Rapids, N.C. brought in a 5-bass tournament limit for 18.76 pounds. He capped that catch with a 5.65-pound kicker that took tournament lunker honors. He collected $2,200 for the victory and a $360 bonus for the big bass. 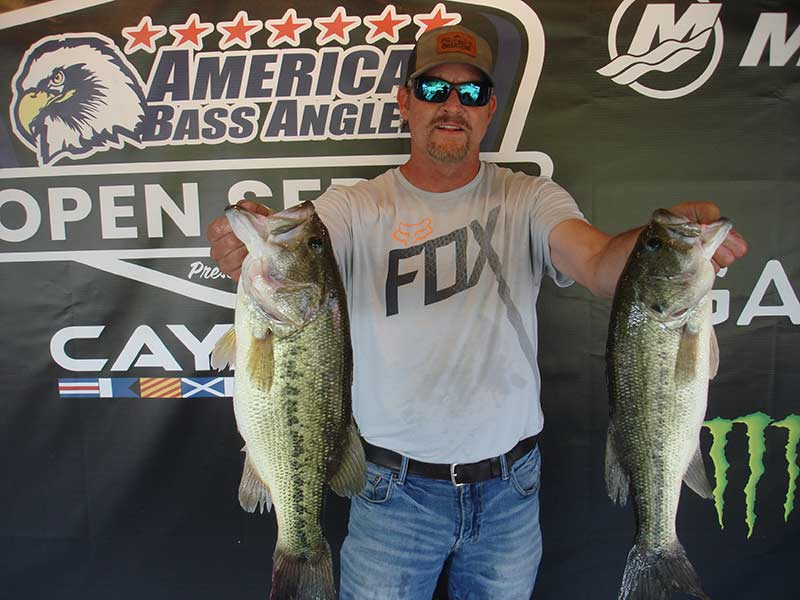 “I caught my two biggest fish on a Texas rig,” Harrell commented. “The second biggest one was on the bed. The other fish I weighed in came on a Senko.”

In second among the boaters, William M. Warren of Elon, N.C. also landed his 5-bass limit. He brought 17.80 pounds to the scales with the biggest one weighing 5.04 pounds. That fish came in second in the tournament lunker competition. Warren went home $950 richer.

“I fished shallow all day,” Warren revealed. “I was flipping plastics. I saw a couple bass on the beds.”

“I fished up shallow,” Young detailed. “I caught a couple on a spinnerbait and the rest on a wacky worm. I was fishing practically in the dirt. I could see the fish coming after the bait. I caught about 25 fish and caught them all day long. I culled about eight times.”

In the Co-Angler Division, Matt Leicester of Hertford, N.C. landed a 3-bass division limit for 7.46 pounds. He anchored that bag with a 2.65-kicker. 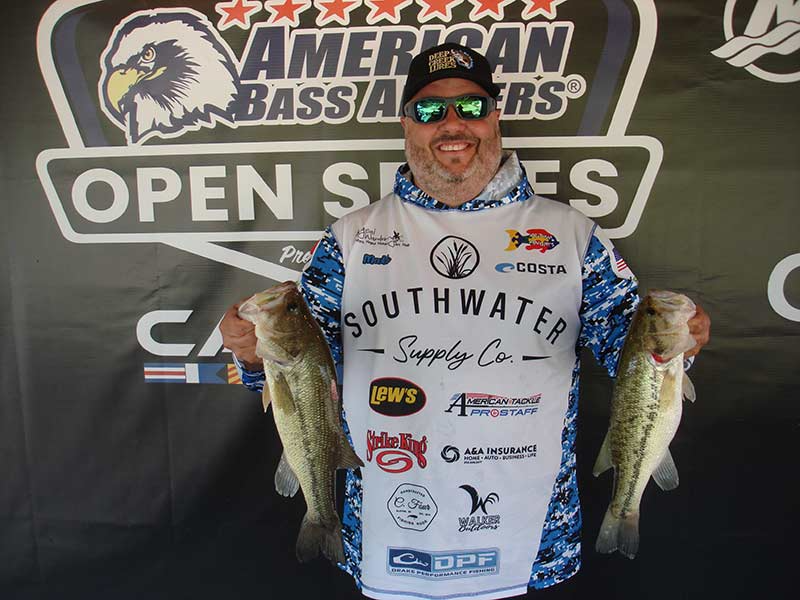 “Everything I caught was either on a shaky head or a wacky-rigged Senko up shallow,” Leicester commented. “I started culling at about 10 a.m. I caught my last one at about 2:15 p.m. It was a small cull, but every little bit helps. I caught a total of six fish.”

Tim J. Gardner from Goldsboro, N.C. finished second among the co-anglers with three bass at 7.28 pounds. He anchored that sack with a 2.78-pounder that won the division big bass competition.

“I had a limit by 8:15 a.m., Gardner said. “I caught my first keeper on a spinnerbait, but everything else came off a Senko around bushes. I caught five fish and culled up once.”

“I kept getting bites all day,” Smith recalled. “I culled twice. Most of my fish came on a spinnerbait. I caught one on a ChatterBait and one on a Senko.”

The division next heads to Lake Gaston on May 7, 2022, for the third event of the season. The anglers will run out of Summit Landing, located at 400-424 Bluebird Road in Littleton, N.C. To register for this event, CLICK HERE.