Michael Hardin Takes the Win on the Tensaw River

April 23, 2022, Mobile, AL:  Michael Hardin of Robertsdale, Alabama won the American Fishing Tour Division 41 tournament presented on April 23, 2022, by American Bass Anglers.  Running out of the Chocolatta Bay Boat Launch on the Causeway near Mobile, AL, Hardin brought back five and a total weight of 10.19 pounds.  For the victory, Hardin took home a check for $543. 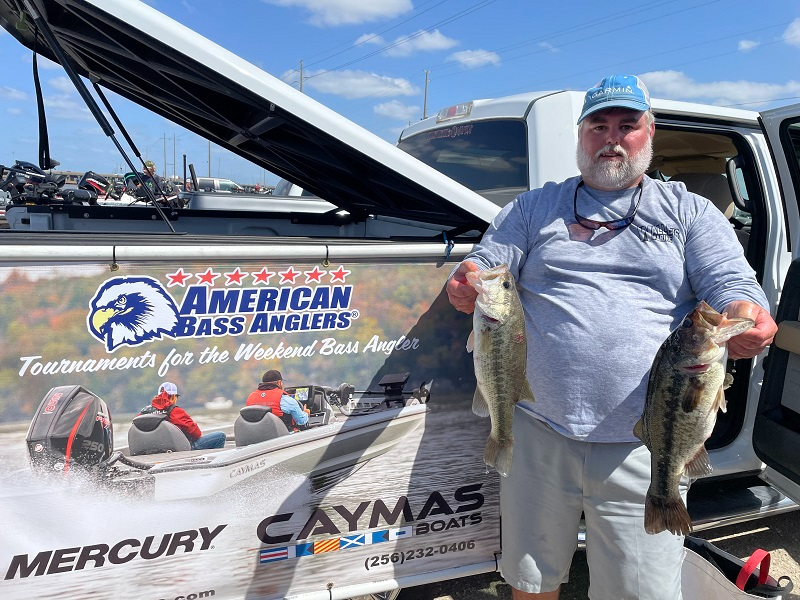 Second place was claimed by Darrell Bryan with five fish that locked in the scales at 9.50 pounds anchored by a 3.69 pound kicker.  For his efforts Bryan took home $329 in prize money and another $100 for big bass.

Eric Allen took third with five and a total weight of 8.0 pounds and took home $108 in prize money.

The next tournament in this division is the two-day and will take place on May 21-22, 2022 launching from Cliff’s Landing.  Please contact local director Barry Woodward at 251-423-0753 on Thursday to verify launch site.

For more information on this event or division please contact local director Barry Woodward 251-423-0753 or visit www.americanbassanglers.com
These anglers earn valuable points toward the divisional angler of the year title. The points champion from each division will compete in the annual American Bass Anglers AFT Angler of The Year Final Round at the AFT Championship. In addition, the top 500 anglers from the various divisions will earn the right to compete in the three-day ABA, AFT National Championship tournament.