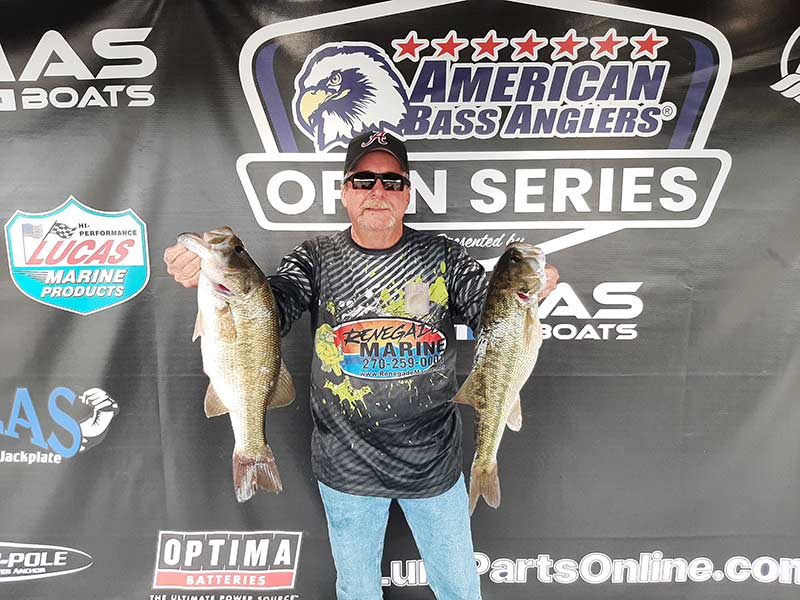 Launching at Leesburg Landing in Leesburg, Ala., the Gadsden, Ala. angler brought in a 5-bass tournament limit for 17.19 pounds and a 3.44-pound average. .

“I went shallow early in the morning and it didn’t happen for me,” Tucker reported. “I ended up catching most of my fish off the bank in about six feet of water on a jig and a spinnerbait. They were off the grass beds a little. The water dropped a bit so I backed off the banks and started catching fish.”

In second among the 28 boaters, Bradley Jones from Aragon, Ga. also landed his 5-bass limit. He brought in 16.33 pounds. He anchored the sack with a 4.45-pounder that set the tournament lunker standard.

“I went to the Cedar Bluff Causeway and threw a shaky head around the rocks all day,” Jones commented. “The fish were all in one current break. Caymas is a fine riding boat. Best boat I’ve ever been in.”

In the third spot for the boaters, Roy Galbraith from Guin, Ala. found five good keepers for 13.39 pounds. One of them tipped the scales at 3.26 pounds. The third-place finish put Galbraith in the lead for the division Angler of the Year points race.

“I caught fish on a little bit of everything, mostly shaky heads, Pop-Rs and ChatterBaits,” Galbraith said. “I caught three of my weigh fish late in the afternoon on topwaters. I was concentrating in pockets. People can’t beat the ride and the livewells in a Caymas boat.”

Landing in fourth place for the boaters, Jeffery T. Smart of Centre, Ala. finished with five bass for 13.38 pounds including a 3.85-pound kicker. Danny C. Shell from Albertville, Ala. placed fifth with a 5-bass limit for 10.26 pounds.

In the Co-Angler Division, Gary W. Bates of Athens, Ala. only landed two keepers, but made each one count. He finished with 8.60 pounds for a 4.30-pound average. He capped his catch with a 4.43-pound largemouth that took the division lunker honors. 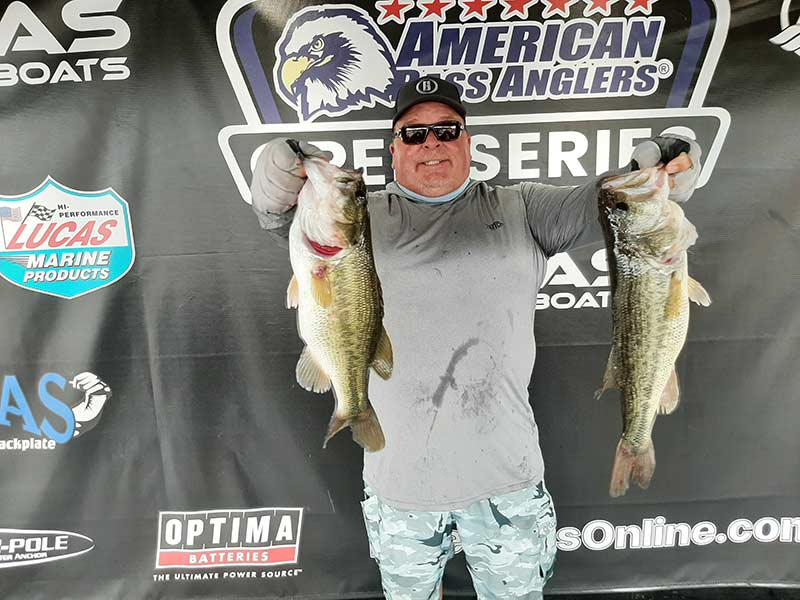 “My boater was a local at the lake,” Bates acknowledged. “He brought me to some of the hot spots. First thing in the morning, I caught the big one off a dock by a point. It hit a big spinnerbait. The second one hit a black shaky head under a dock.”

In second place for the co-anglers, Scott A. Norman from Acworth, Ga. landed a division limit of three bass for 8.05 pounds. He anchored that sack with a 3.89-pounder.

“We were around fish all day long,” Norman advised. “I caught my first and biggest fish on a Whopper Plopper. The rest hit a Strike King Game Hawg creature bait. I was just flipping the banks.”

Todd R. Mowery from Madison, Ala. took the third spot with three bass and 7.55 pounds. His largest weighed 3.06 pounds.

“I caught all my fish early,” Mowery explained. “I was fishing a Carolina rig with a Zoom Brush Hog in watermelon candy color. I had all the keepers I weighed by 8 a.m. I caught some fish shallow later in the day, but they didn’t help.”

Finishing fourth for the co-anglers, Anthony Ingle of Trion, Ga. landed three keepers for 6.91 pounds, including a 3.74-pounder. David L. Marr from Cleveland, Tenn. landed three good bass for 6.72 pounds and fifth place. One of his fish weighed 3.58 pounds.

The division next heads to Lake Wheeler on June 25, 2022. The anglers will run out of Ingalls Harbor, located at 701 Market Street, NW, in Decatur, Ala. To register for this event, CLICK HERE .