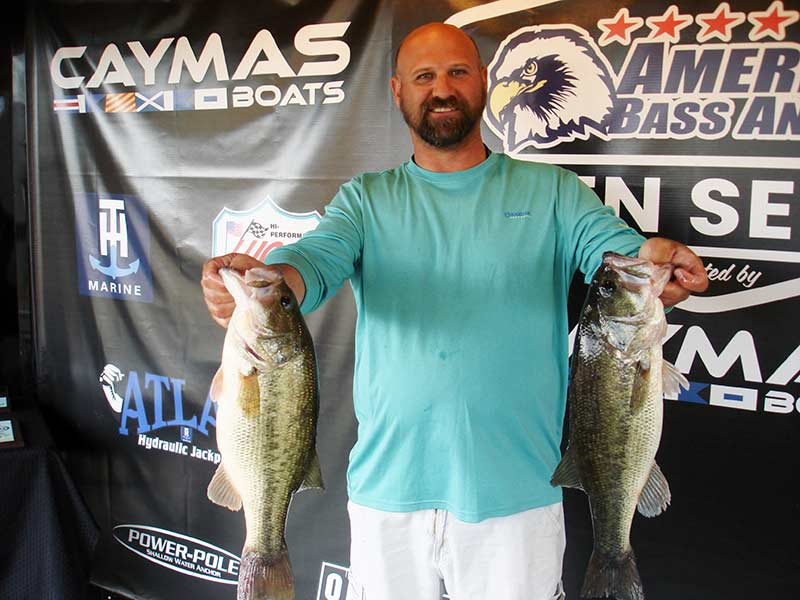 Launching at Tamarac Marina, located at 9120 Bringle Ferry Road in Salisbury, N.C., for the second division event of the season, the angler from Ford, N.C. brought in a 5-bass tournament limit for 18.77 pounds. That gave him a 3.75-pound average..

“I caught most of my fish on a jig, but I caught one of my biggest fish on a spinnerbait,” Morgan declared. “I was fishing right on the banks. I caught one sight fishing.”

In second among the boaters, Byron G. Brush of Rockwell also landed his 5-bass limit. He finished with 16.59 pounds.

“I caught most of my fish by sight fishing with a Senko,” Brush revealed. “They came off the beds. I culled up twice.”

Taking the third spot for the boaters, Brad E. Younts of Lexington, N.C. brought in five keepers. His limit weighed 16.49 pounds. He anchored the sack with a 3.74-pounder.

“All my weigh fish came from sight fishing,” Younts said. “I caught a couple on a Pop-R. I caught 22 fish total. I culled a bunch of times.”

Jason K. Barnes from Concord, N.C. finished fourth with five bass for 15.26 pounds.  However, one of his bass weighed 5.66-pounds, the tournament lunker. 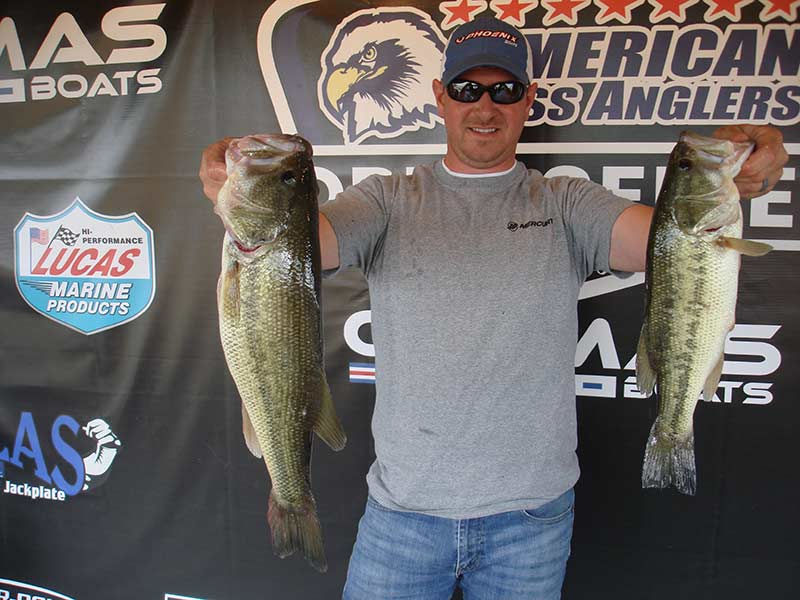 “I caught that big fish on a jig,” Barnes said. “We were fishing shallow.”

In the Co-Angler Division, Charles A. Wood of Thomasville landed a 3-bass division limit at 10.42 pounds for a 3.47-pound average. Upping his average, he anchored the bag with a 4.37-pound kicker. 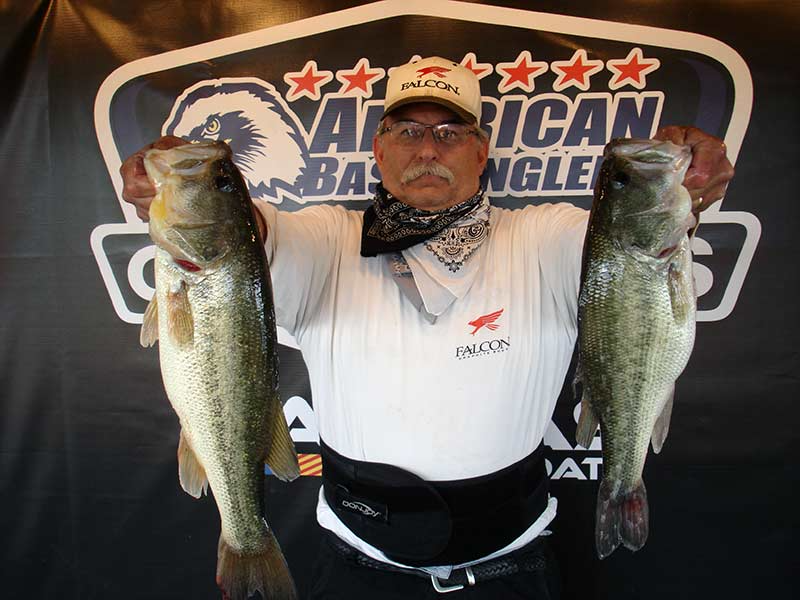 “I caught the big one on a firetiger 6th Sense 1.5 crankbait,” Maultsby commented. “I caught the others on a 7-inch Power Bait worm. I caught four fish and culled one.”

Landing in third among the co-anglers, Zahreed D. McClinton from Fort Bragg caught a limit for 8.72 pounds. He anchored the sack with a 3.39-pounder.

“I caught most of my fish on a 3/8-ounce spinnerbait fishing shallow,” McClinton advised. “I missed one that might have bumped me up higher.”

Christopher M. Hughes from Lexington occupied the fourth position with three bass at 7.94 pounds. In fifth for the co-anglers, Martin T. Rushing from Midland brought in two keepers going 6.75 pounds. He capped his catch with a 4.67-pound kicker.

LeMar Shore from Raleigh only caught one fish, but the 5.23-pounder landed him in seventh place. The big bass also took the division lunker honors. 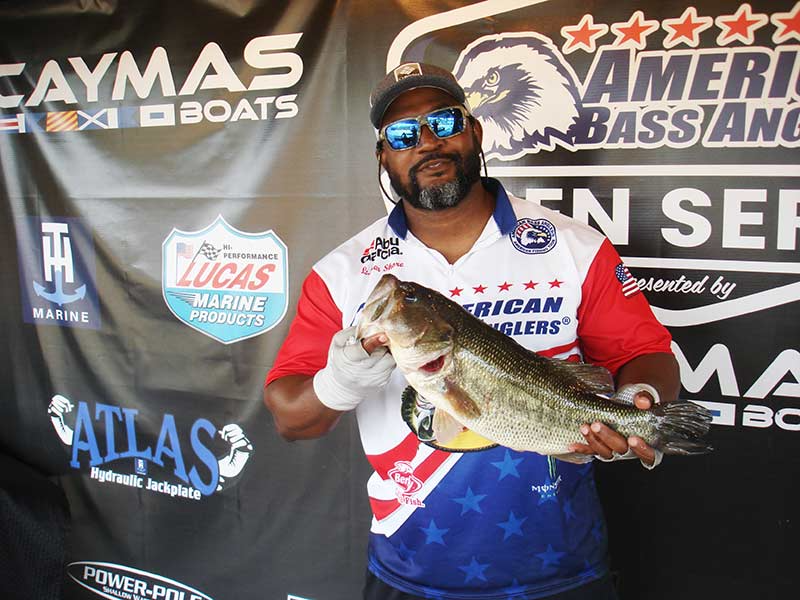 “The fish hit a Baby Brush Hog,” Shore said. “I was fishing it on a Texas rig around docks.”

The division returns to High Rock Reservoir on June 11, 2022. To register for this event, Click Here.