Launching at Cassels-Boykin State Park, in Zavalla, the angler from Bossier City, La. brought in a 5-bass tournament limit for 21.70 pounds for a 4.34-pound average. He upped his average by landing a 5.23-pound kicker. 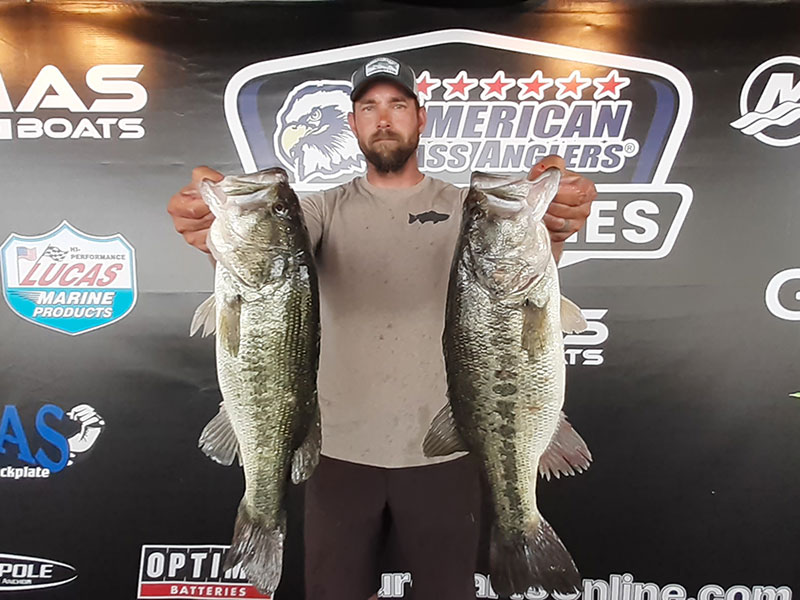 “In the morning, we were throwing frogs around shallow bushes,” Rice revealed. “I caught some fish by flipping a beaver. I had a limit by 8:30 a.m. and started culling up. I made my last cull about 2 p.m. I probably fished five different areas of the lake.”

In second among the 50 boaters, Travis R. Signorin from Willis brought in his 5-bass limit for 20.67 pounds. He also landed the tournament lunker at 6.38 pounds.

“I caught all my fish on a 6th Sense Vega frog,” Signorin said. “I used black and white frogs. I used white in the morning and black in the afternoon. I had a limit by 8 a.m. and all my weigh fish by 11 a.m. I caught about 30 keepers total. I fished about two areas. I concentrated on shorelines and caught my fish in two to four feet of water.”

“I started on a shad spawn pretty early and caught a limit within 30 minutes,” Muncrief advised. “I had my weight by noon. I noticed they were short striking a good bit. I started on a spinnerbait and then switched to a Big Bite Baits Cane Thumper. Later in the day, I fished some standing stumps and brush piles with a jig. I hit about eight to 12 spots in two different areas.”

Braxton Hollenshead of League City took the fourth spot with five bass at 16.28 pounds. In fifth for the boaters, Danny J. Cherry from Jasper landed a 5-bass limit for 15.74 pounds.

In the Co-Angler Division, Charlie L. Watts of the hosting town of Zavalla landed a 3-bass division limit for 10.20 pounds. He capped the catch with a 5.62-pounder, the largest bass landed by any co-angler. That lunker gave Watts an average of 3.4 pounds. 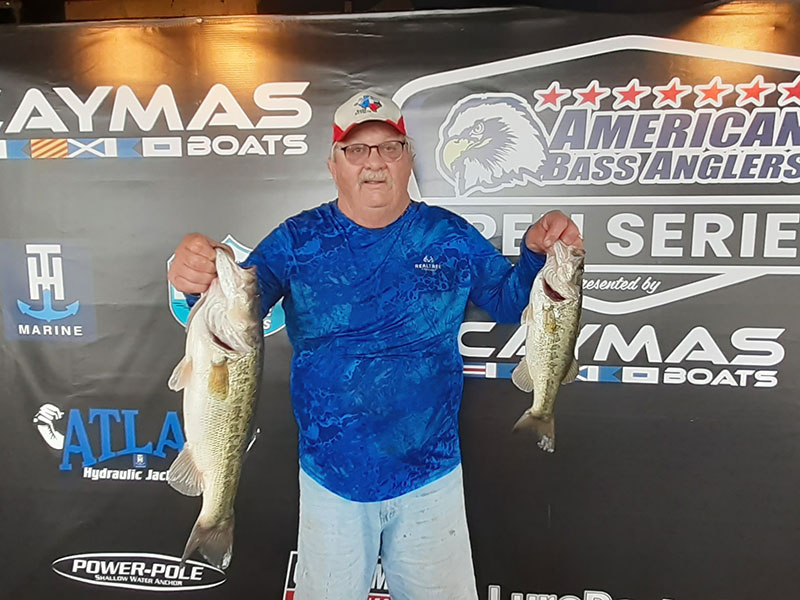 “I had a limit before 7:30 a.m.,” Watts detailed. “I caught the big one at about 8 a.m. We caught about 30 to 40 keepers. Fishing shallow, I caught all of my fish on a wacky-rigged Senko. My boater caught his fish on a Reaction Innovations Skinny Dipper.”

The only other co-angler to score a double-digit sack, Cedric Jackson from Sicily Island, La. finished second by just 3.2 ounces. His three bass weighed 10.18 pounds. Jackson caught all of his fish up shallow working a frog early in the morning. He caught about 30 fish during the day with his last keeper coming into the boat at 2:15 p.m.

Ryan J. Fallwell from Crosby placed third with three bass going 8.30 pounds. He caught most of his fish by flipping the shallows.

“We couldn’t get a bite for the first 90 minutes, so I asked my boater if he knew any spots where we could do some flipping,” Fallwell said. “He brought me to one spot and I caught one bass weighing about 3.5 pounds. The second one was a little over four pounds. I lost two good fish after that. We flipped the bushes the rest of the day.”

In fourth place, Christopher “Tink” J. Brown from San Augustine landed three bass for 7.90 pounds. Ladarius Carpenter of League City landed in fifth place among the co-anglers with a 3-bass limit for 7.89 pounds including 2.62-pound kicker.
The division returns to Cassels-Boykin State Park for its second event of the season on May 7, 2022. To register for this event, Click Here.