Carter Spins His Way To Victory On Lake Sinclair

Launching at Dennis Station Landing in Eatonton on a rainy morning, the hometown angler brought in a 5-bass tournament limit weighing 18.68 pounds for a 3.74-pound average. He topped that catch with a 5.15-pound kicker and went home with an extra $2,300. 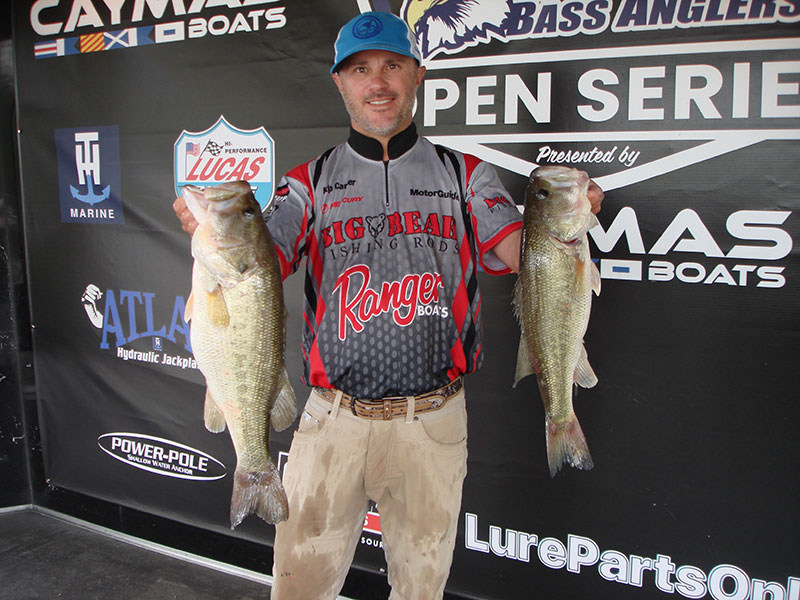 “I fished all over the mid-lake area and ran up some creeks,” Carter acknowledged. “The lake was more stained than I’ve seen it in quite a long time. I caught every fish I weighed in on either a 3/8- or 1/2-ounce War Eagle spinnerbait with double willow-leaf gold blades. I caught a lot of numbers in the rain. After that, it got a lot tougher. I had to really show down the retrieve and just creep it along. I caught my two biggest fish that way, both after 1 p.m. I caught my biggest and last one at 2 p.m. There were a lot of fish shallow that people could catch.”

In second among the 43 boaters, Aaron E. Batson of Mansfield also landed his 5-bass limit. He brought in 16.89 pounds and anchored his bag with a 4.97-pounder. For second place, Batson, collected $1,000.

“I caught most of my fish on spinnerbaits or jigs,” Batson said. “I caught a few on worms. I had a few missed opportunities. We lost some good fish.”

Carl H. Hayes III, also of the hosting town of Eatonton, found five keepers for 14.05 pounds. He pocketed a check for $700.

“I found a shad spawn in the morning and caught all my fish on a spinnerbait,” Hayes said. “I caught a couple flipping late in the day, but they didn’t help me at all. I lost a real good one at the side of the boat and a couple other ones that probably would have helped me. A 4-pounder broke my spinnerbait. That hurt the most.”

In fourth for the boaters, Matt O’Connell from Brooks brought in a limit for 13.61 pounds. Grant T. Kelly of Milledgeville landed in fifth place with five bass at 13.19 pounds.

Sal A. Pinto from Gainesville, Ga. tied with Scott Hayes of Newnan with five bass going 13.15 pounds. However, Pinto landed a 6.31-pound largemouth to take the tournament big bass title. 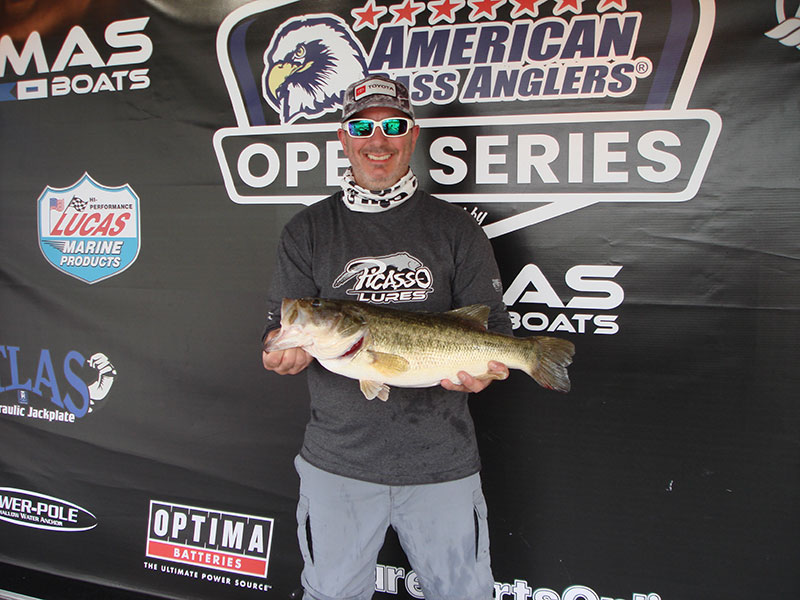 “My day started great,” Pinto explained. “The big one was the first fish of the day. I was skipping docks all day. I was fishing with a Picasso Takedown shaky head.”

In the Co-Angler Division, Colton W. Sowash maintained his hot streak. The Gainesville, Ga. angler won his third division event out of three held this season. In this tournament, Sowash landed a 3-bass division limit for 10.77 pounds, the only co-angler with a double-digit bag. He increased his average to 3.59 pounds by catching the division big bass at 5.07 pounds. Sowash earned $500 for the win and an $85 bonus for the big bass. He previously won tournaments at Lakes Lanier and Seminole earlier this year. 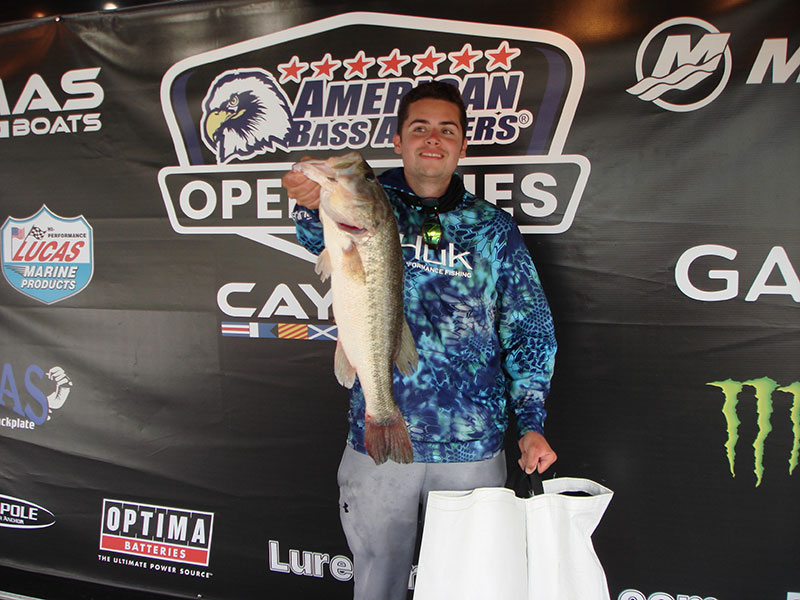 “We were pretty close to the ramp fishing a creature bait,” Sowash commented. “Most of the fish came early in the morning. The big one came really early. After the rain stopped, the fishing got tougher. I’m blessed and grateful to win those three events this season. I had a really good partner. I thank my boater, Grant T. Kelly.”

Fishing his first ABA Open Series event, Kiwanas Andrews from Atlanta, brought in three keepers for 7.46 pounds. He anchored that bag with a 4.57-pounder to collect $300.

“This was the third time fishing this lake,” Andrews stated. “I caught my fish on a Carolina rig first thing in the morning. The fish were shallow. One bass came off a roadbed and another off a dock. I had a lot of hits on a lipless crankbait. I caught five fish total.”

“We caught most of our fish off a shad spawn we found up the river,” Enke described. “We caught fish on a lot of different baits including spinnerbaits, Senkos, Texas rigs. It didn’t matter. I lost two fish, each bigger than five pounds.”

In fourth place for the co-anglers, Tony Adams of Tifton found three keepers for 6.44 pounds, including a 2.99-pounder. Robert J. Slaton from Marietta took the fifth spot with a 3-bass limit at 5.27 pounds.

The division next heads to Lake Oconee. The anglers will run out of Sugar Creek Marina, located at 353 Parks Mill Road in Buckhead, Ga. on June 18, 2022. To register for this event, see www.americanbassanglers.com/proddetail.php?prod=14719.