Launching at Roland and Mary Ann Martin’s Marina Resort in Clewiston, Fla. to fish the 730-square-mile lake on a cold, stormy day, Locke brought in an impressive five-bass tournament limit weighing 28.14 pounds. The Loxahatchee, Fla. angler capped his catch with a 6.26-pound bucketmouth to finish with a 5.63-pound average. For the first victory in the new division season, Locke pocketed a check for $5,200. 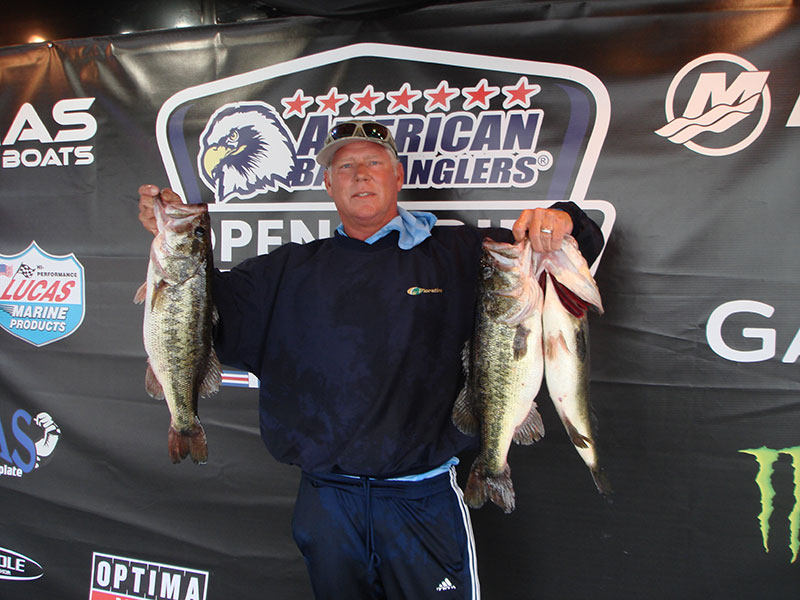 “I fished the shoal about 30 minutes from the landing all day,” Locke advised. “I caught fish a lot of different ways. I caught them flipping, on frogs, swim jigs and Chatter Baits. I caught fish on everything I picked up and didn’t lose any fish.”

In second among the 76 boaters entered, Neil C. Nix of the town of Okeechobee, Fla. also brought in a limit of bass. His five fish weighed 25.37 pounds with a 6.40-pound kicker. He went home with an extra $1,050 in his pocket. 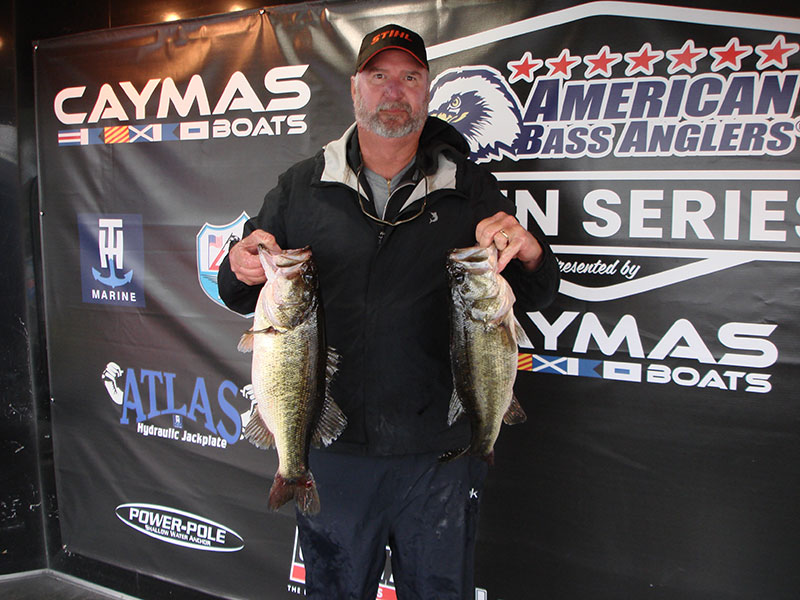 Taking the third spot, Randy A. Fulford, also from Okeechobee, landed five keepers. His tournament limit weighed 23.97 pounds. He earned $800 for the effort. 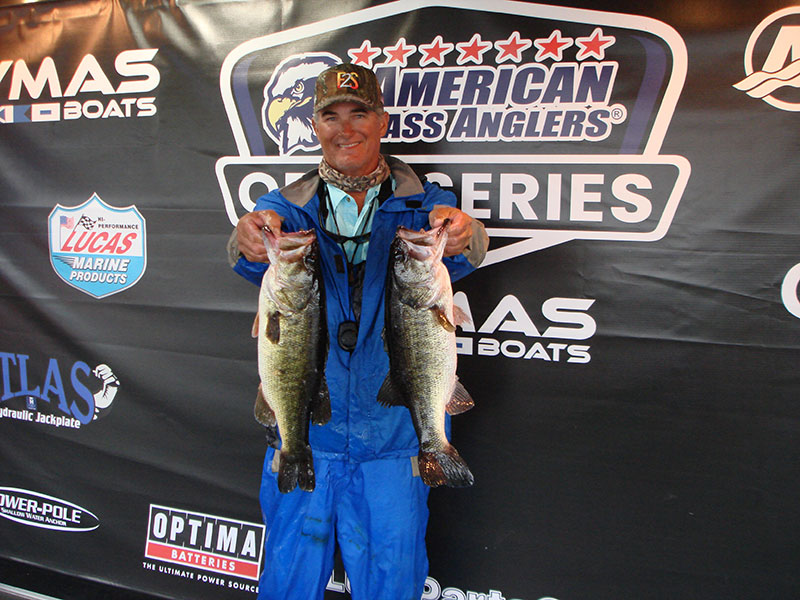 “I ran to the north end and mixed it up,” Fulford commented. “I caught some on a Chatter Bait and some on a frog. I also did a little bit of worming.”

Close behind, Don W. Demott from Boca Raton, Fla. finished fourth with a five-fish limit at 23.71 pounds. His biggest weighed 5.25 pounds. Rounding out the top five boaters, Matt B. Wieteha of Miami, Fla. put five keepers on the scales for 23.52 pounds, including one 7.14-pound mossback.

In a day with many big bass hitting the scales, Jessie J. Mizell of Myakka City, Fla. led the lunker race with an 8.98-pound behemoth. He finished in 12th place with five bass going 19.62 pounds. 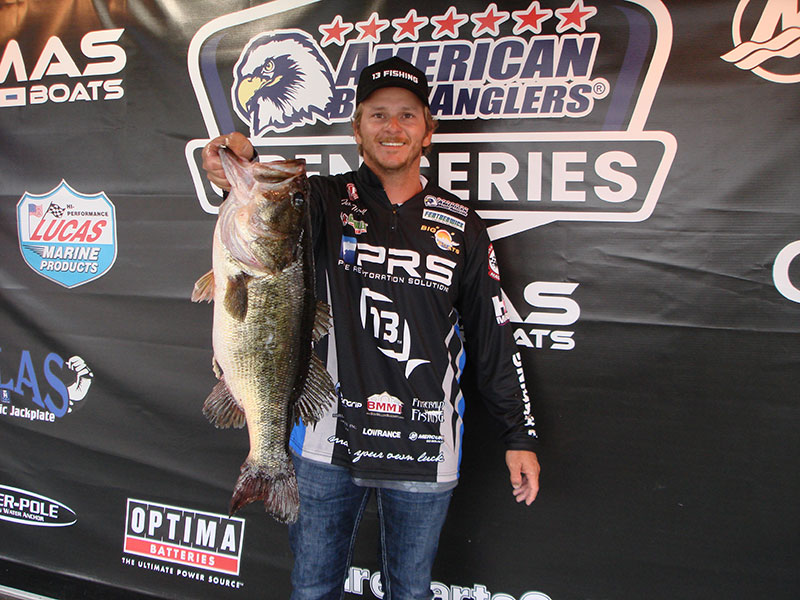 In the Co-Angler Division, Scott A. Crawford ended the day with a three-bass division limit going 18.39 pounds. Crawford scored the highest average weight in the tournament for his bag at 6.13 pounds. For the win, the Jupiter, Fla. angler took home $1,800. 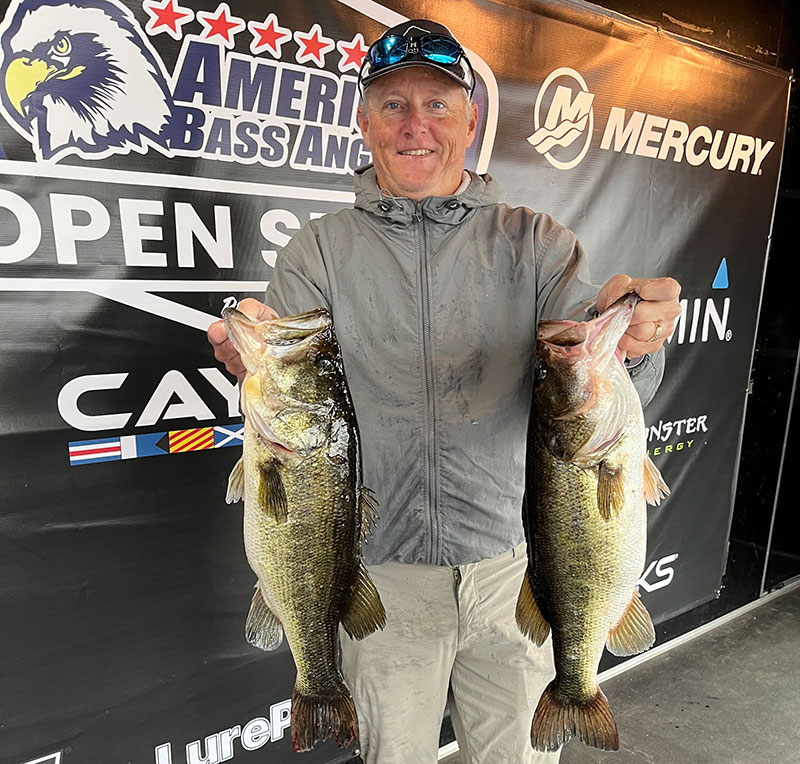 “This was my first time fishing Lake Okeechobee,” Crawford admitted. “We only went about three miles from the launch. Together, we caught about 35 fish. I caught about 15 of them. One of my weigh fish was on a black and blue Chatter Bait with a neon blue craw trailer. I caught the other two weigh fish on a shad-colored Rat-L-Trap. I thank my boater, Frank Kitchens III of Oxford, Ga. who got sixth place with 22.26 pounds. He put us on fish.”

In second for the co-anglers, Daniel C. Monahan of Melbourne, Fla. also brought in a limit. The 2021 Division Co-Angler of the Year tallied 13.44 pounds with a 5.17-pound kicker. For second place, Monahan netted a check worth $700. 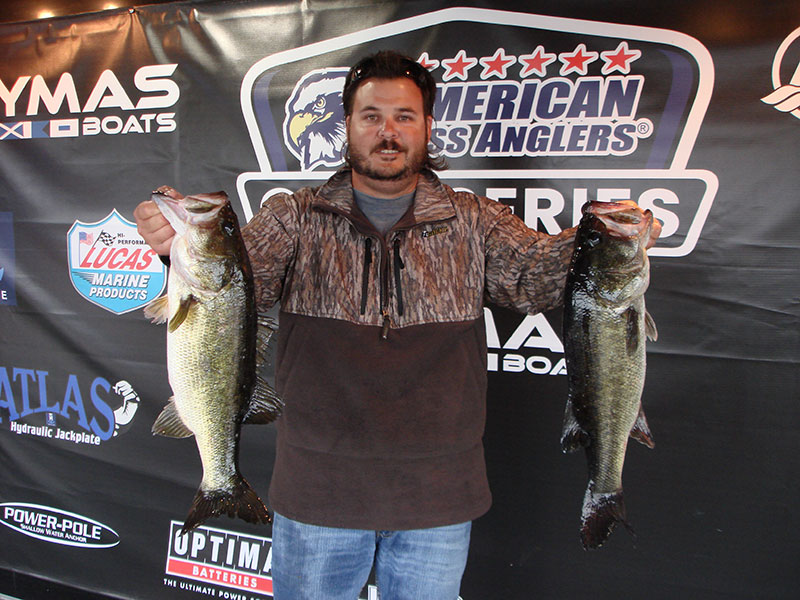 “All of my weigh fish came from the West Wall area on a Gambler Big Easy in lane toad color,” Monahan said. “I was catching fish all day. I had my limit by 8:24 a.m. and started culling. I culled a lot. Hats off to my boater, Alex Terescenko of West Palm Beach for putting me on the fish today. It was a fantastic opportunity to fish this tournament.”

Rene A. Castellon from Port Saint Lucie, Fla. also found a three-fish limit of keepers to take third with 13.39 pounds. He anchored his bag with the division lunker, a 7.10-pounder. Castellon collected $500 for third place and a $350 bonus for the big bass. 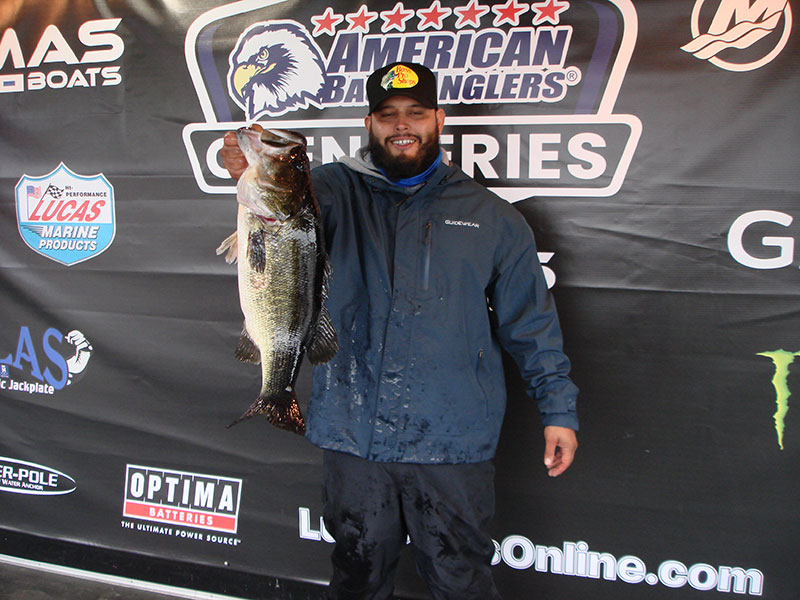 The division returns to Big O on Feb. 19. This time, the tournament will run out of Scott Driver Landing, located at 10100 West Highway 78 in the town of Okeechobee. Late fees for that tournament start on Feb. 16. To register, see www.americanbassanglers.com/proddetail.php?prod=14735.

Each ABA Open Series division offers four one-day qualifying events in a boater/co-angler format. Boaters pay an entry fee of $210 for each event while co-anglers pay $105. The top 20 percent of registered anglers in each tournament receive cash payouts based on the total number of entries. If at least 60 boaters enter the tournament, the Boater Division winner will receive a minimum of $5,000.

In addition, anglers may qualify for bonus money offered by such tournament sponsors as Caymas Boats, Mercury Marine, the T-H Marine Atlas Awards program, MotorGuide, and Power Pole. Anyone who qualifies for Caymas Cash rewards could receive up to $7,000 for winning any ABA Open Series event. If the winning boat carries a Mercury motor, the angler could receive an extra $1,000 in cash from Mercury Marine. If that boat comes with a MotorGuide Trolling Motor, the angler could win an additional $500.
See each manufacturer’s website for details, rules, and qualifications for more information on their contingency programs.
The top anglers could also earn invitations to fish area championship tournaments with a guaranteed $6,000 to the winning boater for a field of at least 60 boats. If 100 or more boaters participate, the winning boater in a championship event will take home a guaranteed minimum of $10,000.