Scott Wiley, Jr Takes the Win on the Tensaw River 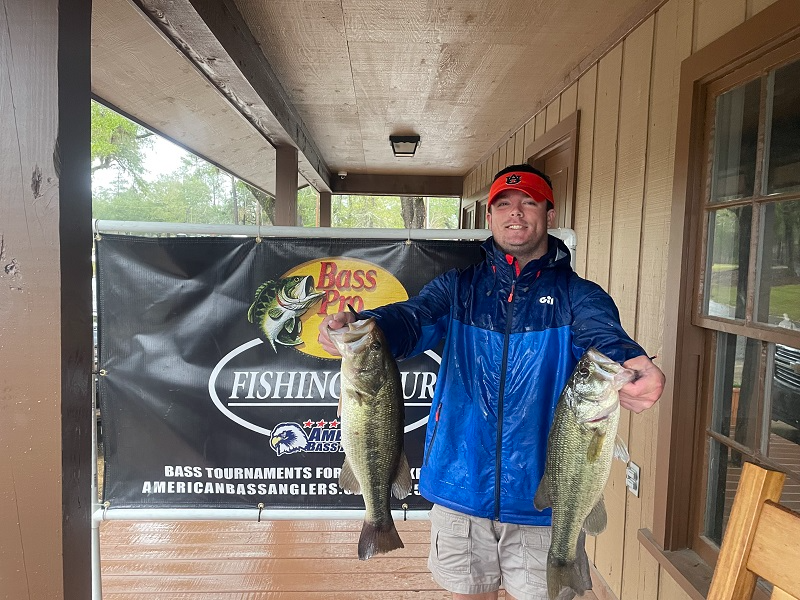 December 18, 2021, Mobile, AL:  Scott Wiley, Jr of Bay Minette, Alabama won the American Fishing Tour Division 41 tournament presented by American Bass Anglers.  Running out of Live Oak Landing near Stockton, AL, Wiley brought back five that locked in the scales at 14.51 pounds.  Wiley’s stringer was anchored by a 5.0 pound kicker.  For the victory Wiley took home a check for $559 plus another $110 for Big Bass.

Second place was claimed by Dustin Lindsey with five fish and a total weight of 11.20 pounds.  For his efforts Reaves took home $331 in prize money.

Donald Griffith took third with five and a total weight of 10.41 pounds and took home $108 in prize money.

Fourth place was Michael Hardin with five fish and a total weight of 10.30 pounds.  Harding took home $79 in prize money.

The next tournament in this division will take place on January 15, 2022 launching from Live Oak Landing near Stockton, AL.