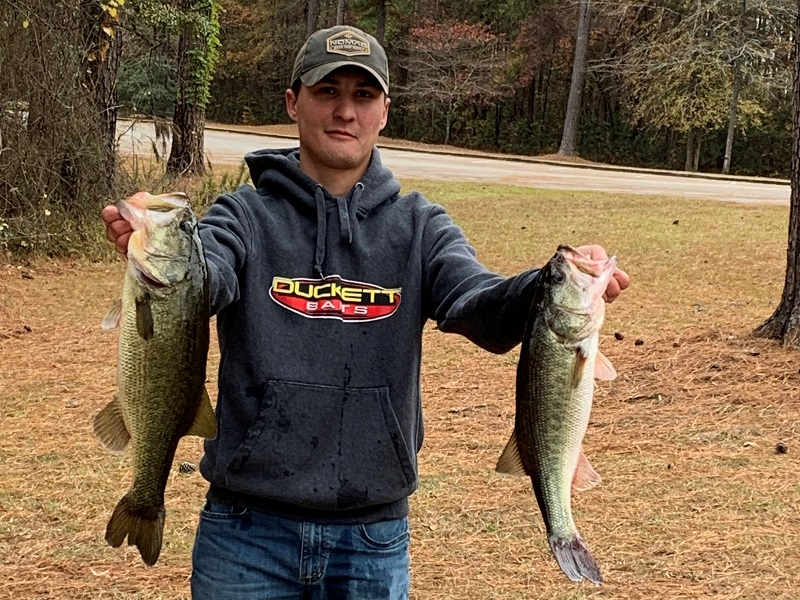 28 Nov, 2021 Eatonton GA. Brad Ableman of Guntersville, AL. won the American Fishing Tour Division 74 tournament presented by American Bass Anglers.  Running out of the Dennis Station ramp near Eatonton, GA. Ableman brought back five fish that locked in the scales at 18.96 pounds anchored by a 5.10 pound kicker.  For the victory he took home a check for $313. He fished shallow running crankbaits around hydrilla to bag his limit. He also landed largest bass of the tournament landing him an additional $90. 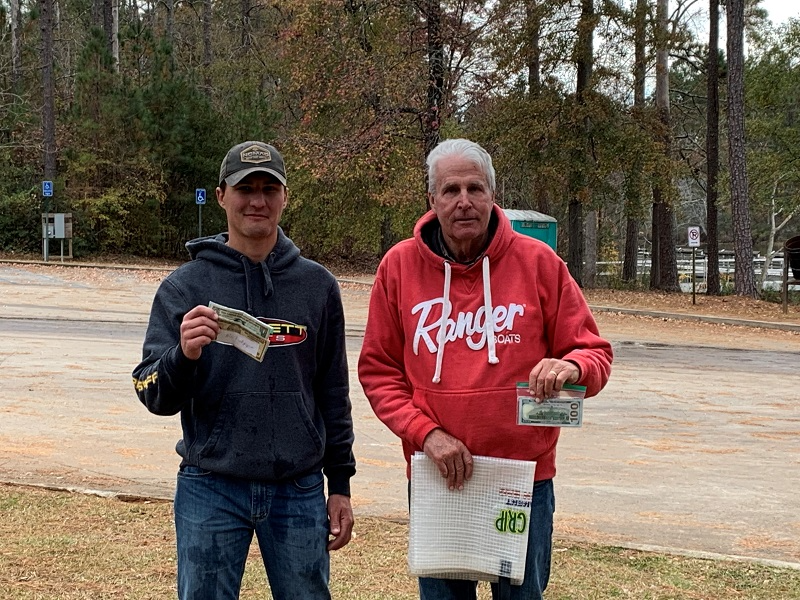 Coming in second was Niles Murray of Griffin, Ga with five fish weighing at 10.43 pounds. He stated that his fish came on a combination of plastics and crankbaits. For his efforts he took home $128

Third place was taken by John Mathis with a five fish limit of 8.38 pounds

The next tournament in this division will take place on Lake Blackshear 11 December 2021 launching from the Mega Ramp, Cordele Ga
For more information on this event or division please contact local director Henry Starks 478-808-9701 or visit www.americanbassanglers.com