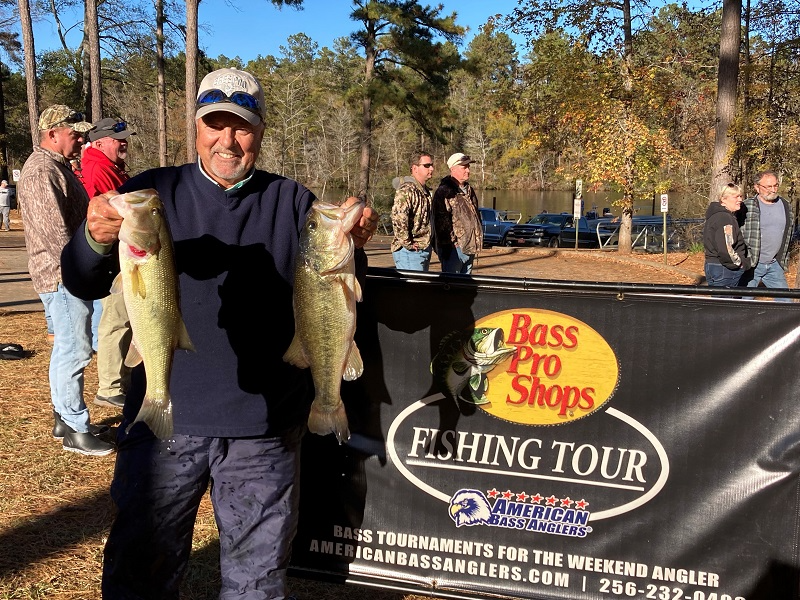 Steve Phillips of Douglas, GA took home the Big Bass trophy and cash of $460 for the optional big bass pot with  a 5.71 pounder.   Steve said he caught it on a crank bait. There were 46 anglers competing for cash payouts totaling $2,254 to the top 7 places.  Thanks goes out to all the anglers for taking care of their fish during the day, and all fish were released alive. 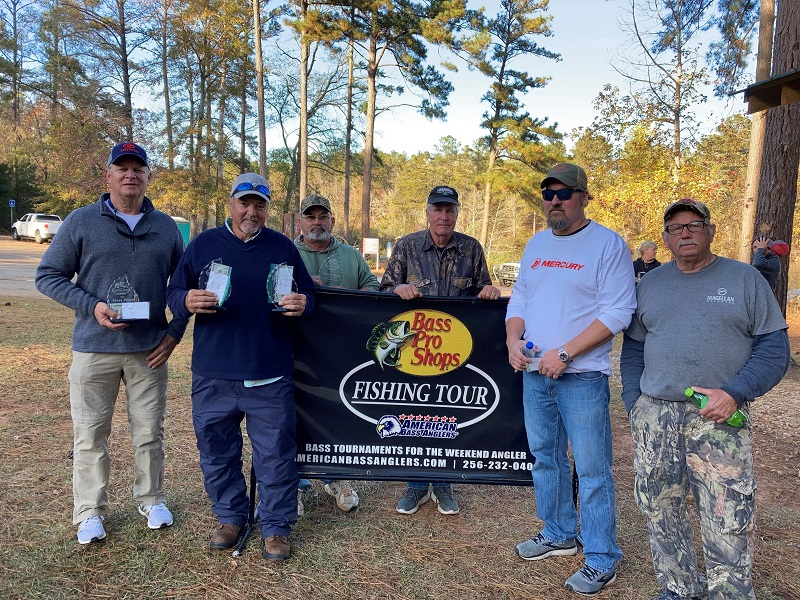 Danny Taylor assisted with morning registration and afternoon weigh-in.   Bob Clark checked boats before the launch. Director Benny Howell gave away two Duckett rods as draw prizes to the anglers that were present after the awarding of trophies and cash payouts.   Rod Mangham won a Duckett rod valued at $139 retail, and Danny Taylor won a Duckett rod valued at $179 retail.  Thanks goes out to Brad Ableman, Duckett salesman, for bringing these rods to the tournament.

Our next tournament for D72 will be December 18, 2021 on Lake Oconee launching from Sugar Creek Marina.
If you need information, please contact Director Benny Howell at 770-365-4795.