“On day one, we caught our fish down south. We left all this muddy water up here and headed to cleaner water on the lower end of the lake. We caught our fish between 12ft-15ft deep on off-shore stuff. On day two, the water fell a little and that hurt our grass bite. We were lucky to get three good fish on day one that helped a bunch. If you aren’t running Garmin, you aren’t catching fish! “Prough said. 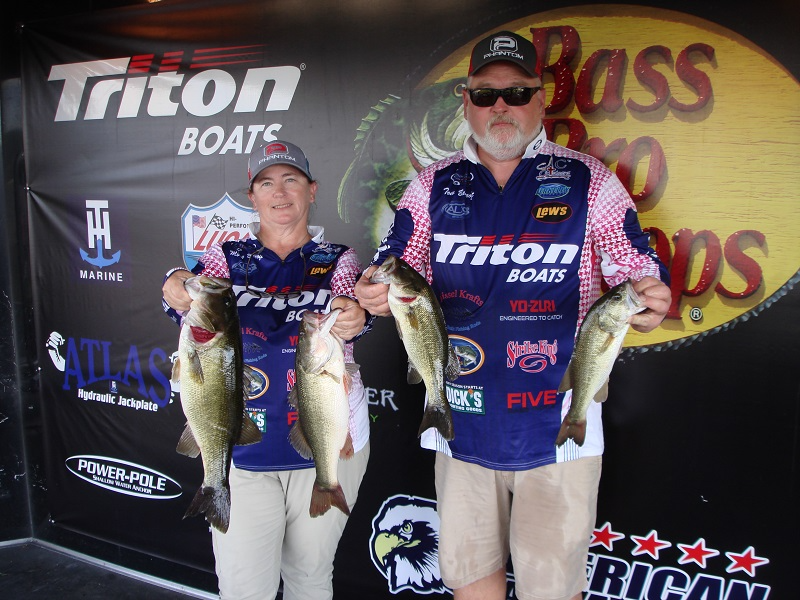 In second place the team of Thomas and Melissa Bancroft of Goose Creek, SC weighed in a five bass limit on day one weighing 15.43 pounds and another four bass on day two weighing 10.39 pounds or a total of 25.82 pounds. 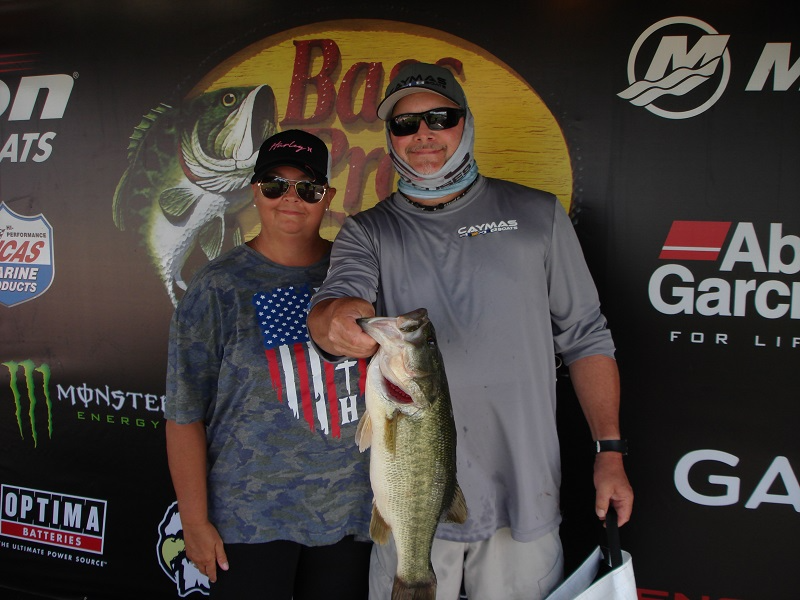 “We caught all our fish on a squarebill crankbait targeting rock. We covered lots of water. “Capes said 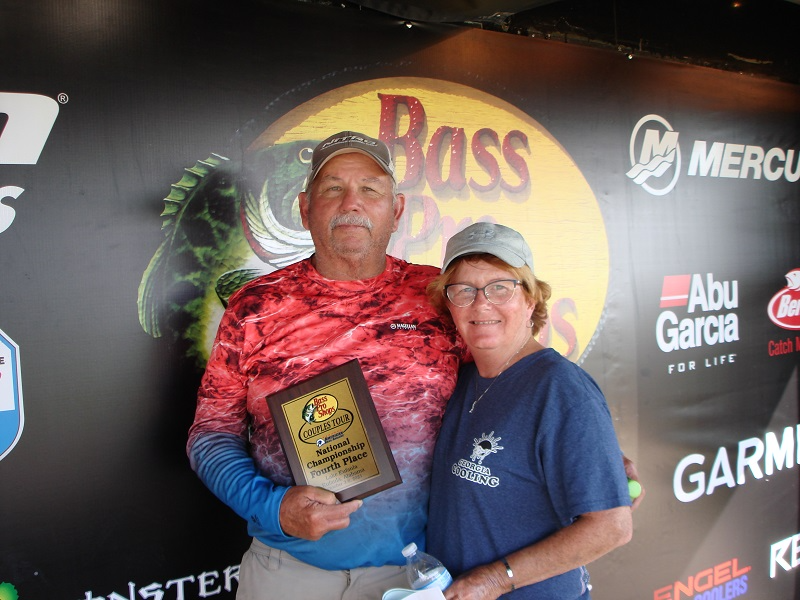 In fourth place the team of Jim Windham and Beth Lamb of Bonaire, GA weighed in a two-day total of eight bass for 21.10 pounds.

“We caught our fish on both days on topwater and using a lead-head. We fished the lower end near the dam.” Windham said. 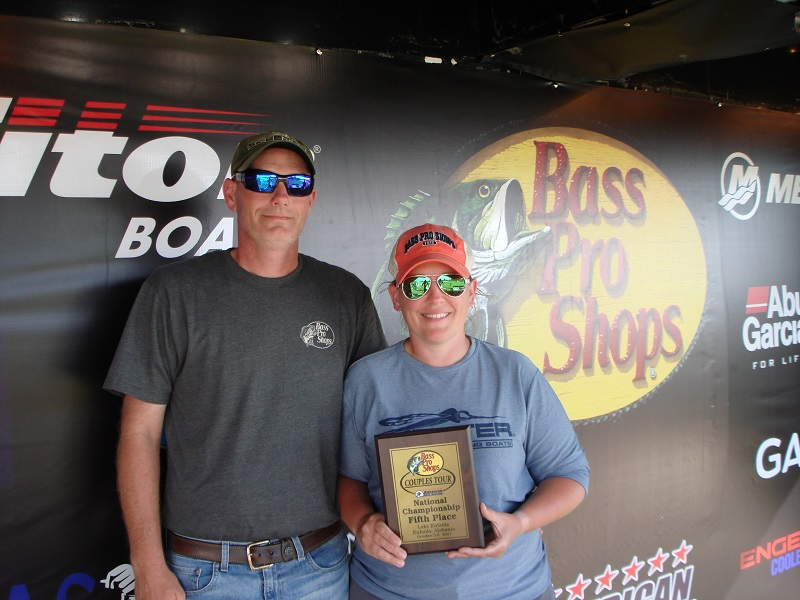 Rounding out the top five the team of Matt and Emily Dean of Tallassee, AL weighed in a two-day total of ten bass for 20.79 pounds.

“We caught our fish in the very back of pockets in the cleanest water we could find using topwater and jigs.” Dean said.

The largest bass of the event for the men went to Chad Prough of Chipley, FL for a 6.34-pound largemouth that was caught on day one. 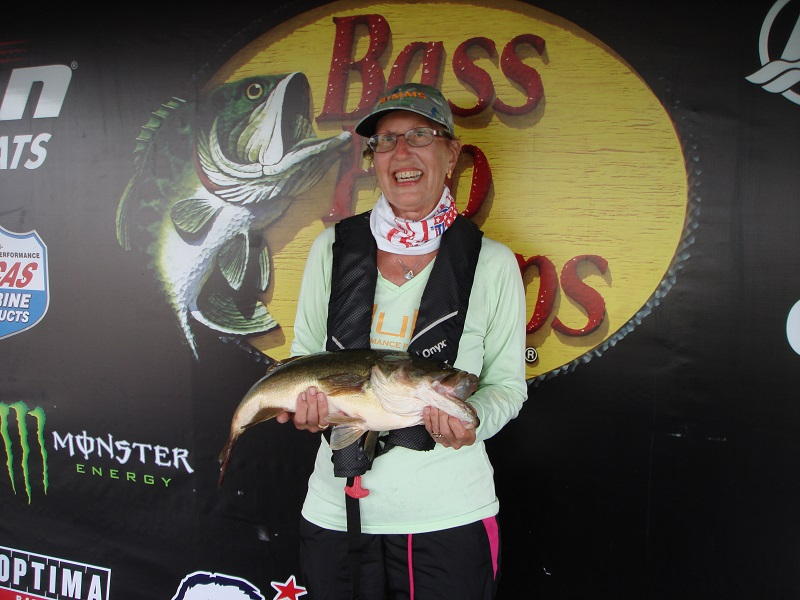 The largest bass for the women went to Mary Ann Sahms of Taylors, SC for a big bass that weighed 6.88-pounds that was caught on day one as well.

“I caught that big bass on a frog in Barbour creek. It was a small place where we found some hydrilla. It just slurped it under, and I wasn’t sure I had the fish on. Craig netted the fish and he did a great job! I almost fell in the lake, but he netted the fish and it was fun. We had the best time. We just looked in amazement for a few minutes. It’s the biggest fish I’ve ever caught!” “Sahms said

The team of Sean and Kathy Capes of Sharpsburg, GA won Anglers of the Year. Their team will receive five free entries for the 2022 season and a Power Pole shallow water anchor for their titles.
“It feels great to win Anglers of the Year. We fish hard and we fish several different divisions. We pride ourselves to be versatile no matter what lake we go to. We enjoy fishing the Couples Trail and I thoroughly enjoy fishing with my wife, and these are my favorite tournaments.” Capes said.