Hanson Takes the win on Champlain 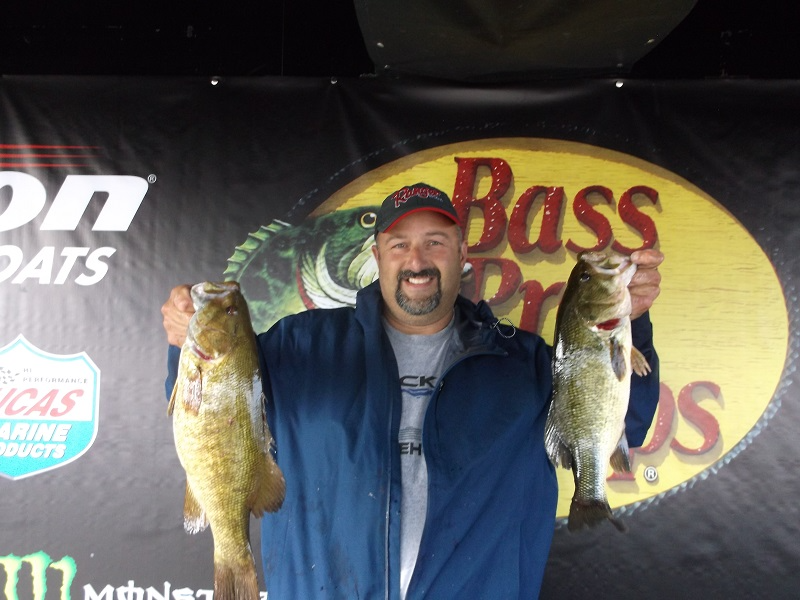 Finishing second for the boaters, Ryan Lattinville of Plattsburgh, NY.  Ryan Had a two-day limit of that went 38.90 lbs.

“I fished mostly on the northern end, fishing for smallmouth out deep in rocks with a drop shot. I also targeted some largemouth flipping a brown jig,” said Lattinville.

Kevin Albright of Haskell, NJ took third for the boaters with a two-day total weight of 38.58lbs.

“I caught them on a chatter bait and a dropshot. I was fishing in 12 feet of water on the edge of a shoal using max scent in green pumpkin and a white chatter bait,” said Albright.

Finishing fourth was Brett Carnright of Plattsburgh, NY He had a two-day total of 37.69-lbs. Henry Fristik of Blandford, MA rounded out the top five boaters with a two-day limit weighing in at 37.33 lbs. 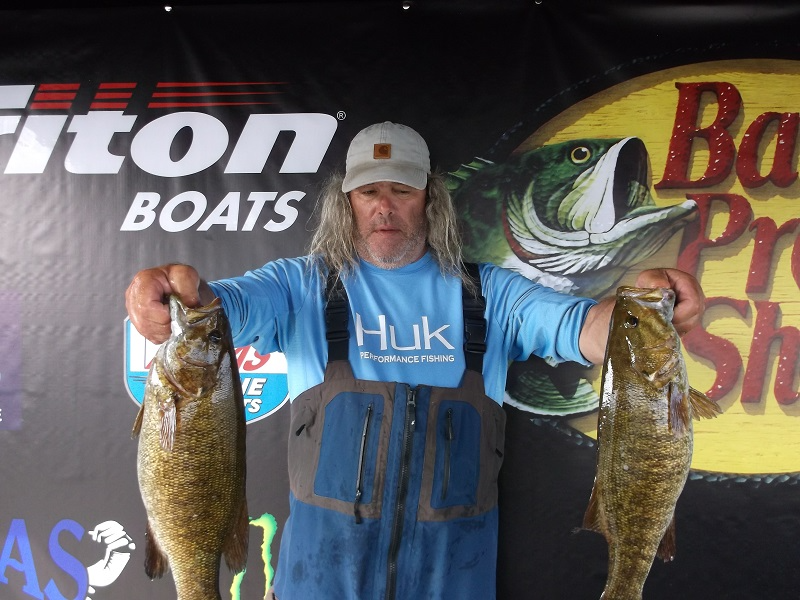 “We fished shallow in the mornings, using a drop shot and a Carolina rig. I was throwing a green pumpkin and purple brush hog,” said Jordan.

“I fished in 10 to 15 feet of water with a drop shot, top water and tube. Drop shot was max scent, I used green pumpkin flat worms and a zara spook,” said Kenney.

Tim Rougier of Plattsburgh, NY placed third among the co-anglers with his two-day limit going 22.66 pounds.

“I fished in 5 to 10 feet of water with a Carolina rig,” commented Rougier.

In fourth place among the co-anglers, Andrew Pruitt of Utica, NY. Andrew brought in a two day total of 20.63lbs. and in fifth place rounding out the Co Anglers , James Zehelski of Barre , MA. James two-day limit weighed in at 20.15lbs.