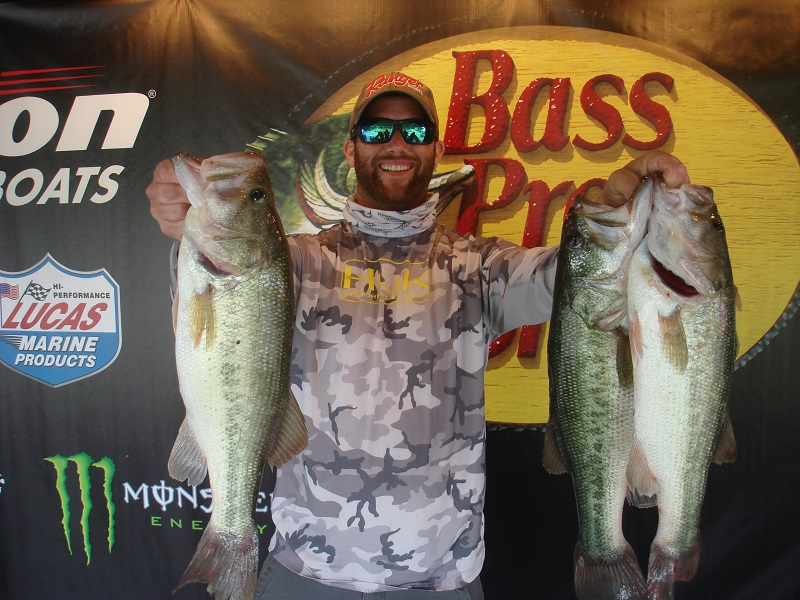 “I Probably caught 40 fish today,” said Jodon. “Everything I caught came off of docks flipping a jig.”

Taking second for the boaters, Kenny Seagle of Salisbury NC, weighed in a five bass limit weighing 16.39 pounds. His limit was anchored by a bass weighing 4.47 pounds.

“My first fish which was my biggest I caught on a buzzbait. The rest of the fish I caught came off of docks with a jig,” said Seagle.

Taking third for the boaters Chad Poteat of Mt. Airy NC, weighed in five bass weighing 15.53 pounds. His limit was anchored by a bass weighing 4.66 pounds which was the biggest bass weighed in by a boater. Poteat took home $930.00 for his catch.

“I stayed in Nutbush all day. I caught my fish on topwater and a jig around wood,” said Poteat. 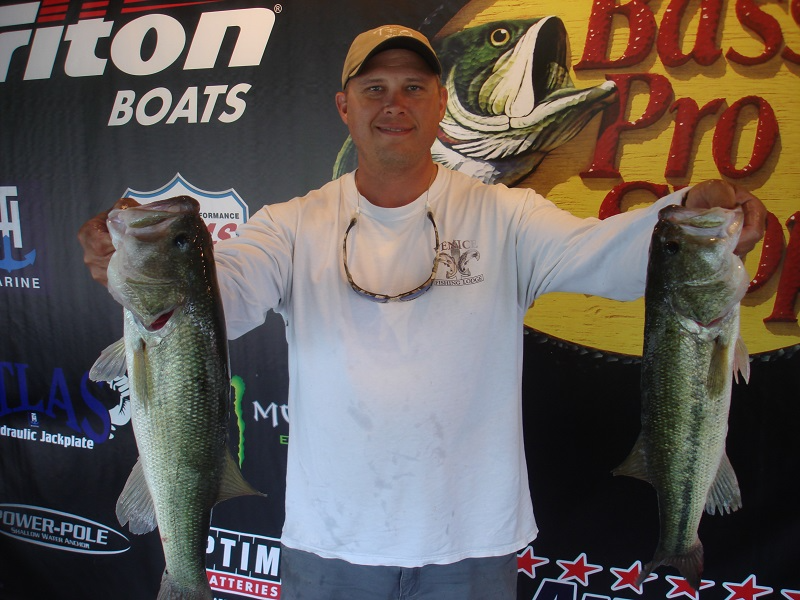 In the co-angler division Chris Anderson of Mooresville NC, weighed in three bass weighing 10.40 pounds to take the win. His limit was anchored by a bass weighing 4.33 pounds. Anderson took home $950.00 for the win.

“I caught a bunch of fish today,” said Anderson. “I caught them on a jig around wood.”

In second place for the co-anglers, Charles Wood of Thomasville NC, weighed in a three bass limit weighing 8.49 pounds.

“I caught my first fish on a Rico, then went through a dry spell for half the day. I ended up catching nine on a Carolina rig,” said Wood.

In a tie for third place Thomas McDermott of Madison NC and George Green of Linvelle Falls NC, both weighed in three fish weighing 8.25 pounds.

The next event for the North Carolina division will be the area championship on Lake Norman on September 18-19 2021.