Chase Theis Take the win on the Roanoke River 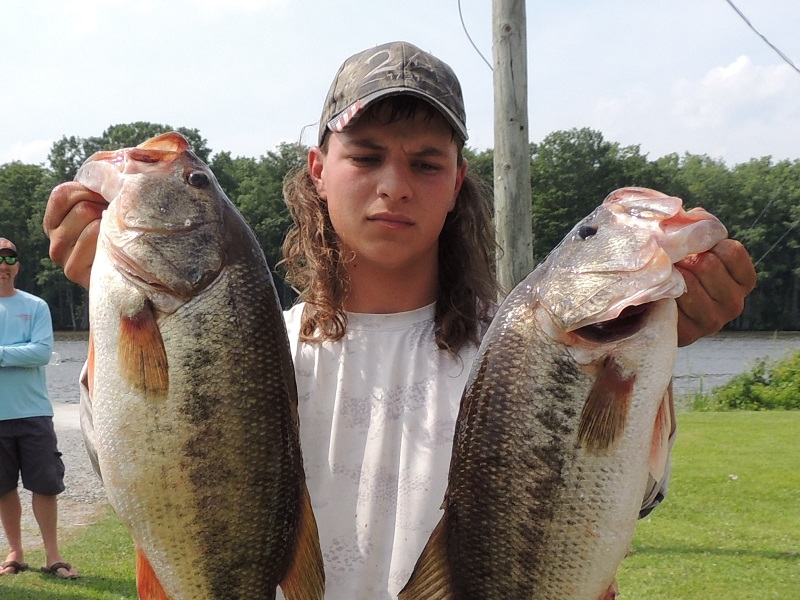 Thanks to all the anglers that came out and fished the ABA Division 17 tournament on the Roanoke River this past weekend.  It was a great day on the water and a very tight race to 1st place.

June 19, 2021, 27 anglers launched from the Water Street Ramp in Plymouth, NC on the Roanoke River.  Twenty of those anglers brought back five-fish limits to the scales, but when the scales closed Chase Theis from Hubert, NC took the victory with 20.73 lbs (WOW).  Chase had a very nice 5.88 lb kicker but not quite big enough for Big Fish (wait for it).  For the win Chase took home $660 in prize money.    Congratulations Chase!

Second place was Chris Minton from Robersonville, NC.  Chris had a 5 fish limit that locked in the scales at 20.57 lbs.  For his efforts, Chris took home $404 in prize money.  Chris also had a VERY nice kicker that weighed 7.14 lbs but again not quite big enough for Big Fish (wait for it).

Third place in the tournament went to Josh Brown from Pikesville, NC with a 5 fish limit that weighed 20.39 lbs.  Josh received a payout of $144.  Here it comes - Josh had a giant kicker that was also BIG FISH of the tournament weighing a whopping 8.7 lbs.  Needless to say Josh also took home the BIG FISH pot.

Fifth place, or 1st place out of the money was Bryan Poovey.  Bryan received a sample pack of Dr Scotts Tungsten Weights provide by Scott McLamb.  I have not been able to find Tungsten weights cheaper anywhere.  Available at ebay.com/str/therefinedrebel.  You can see posts and find out more about Dr Scotts product on Facebook.com/Dr Scotts.

The next tournament in the Bass Pro Shops Fishing Tour, NC Central, Division 17 will take place on Saturday, 10 July, 2021 launching from Shoup’s Landing (Hwy 13 Bridge), in Winton, NC on the Chowan River.