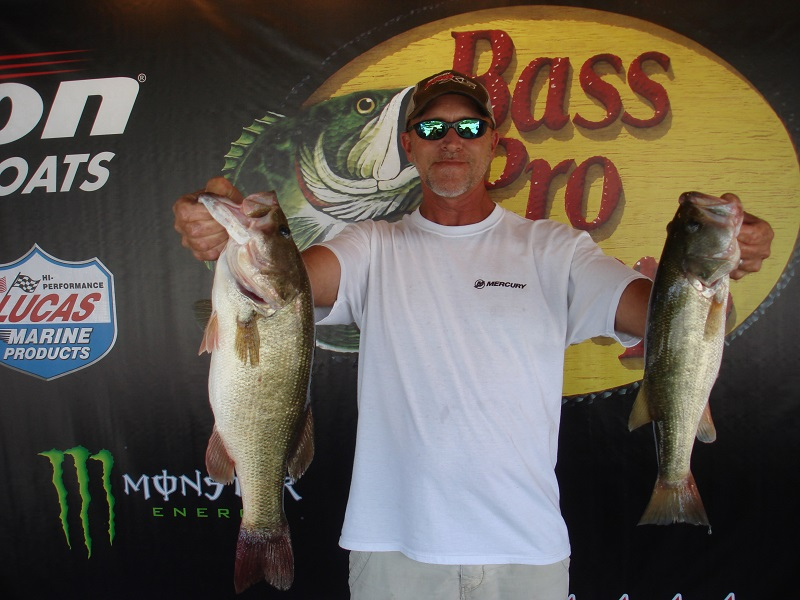 ATHENS, Al. – Phillip Anderson of Saluda SC, won the Bass Pro Shops Open Series event held on Clark’s hill on 6/26/21. Running out of the Dorn boating facility in McCormick SC, Anderson weighed in a five bass limit weighing 14.75 pounds. Anderson’s limit was anchored by a bass weighing 5.28 pounds which was the largest bass weighed in by a boater. Anderson took home $1640.00 for his catch.

“I’ve been out fishing for a few weeks and the conditions have been getting tougher and tougher. I caught my fish today flipping willow trees with an Ol’ Monster worm,” said Anderson.

Taking second for the boaters, Wayman Coleman of Abbeville SC, weighed in a five bass limit weighing 13.50 pounds. His limit was anchored by a bass weighing 4.73 pounds.

“It was tough today and I only managed about 8 bites but I caught them like I like to fish, with a frog,” said Coleman.

Taking third for the boaters Phillip Johnston of Jefferson GA, weighed in a five bass limit weighing 11.92 pounds. His limit was anchored by a bass weighing 4.29 pounds.

“I caught some fish early on a buzzbait and as the day progressed I caught them fishing brush piles with a jig,” said Johnston. 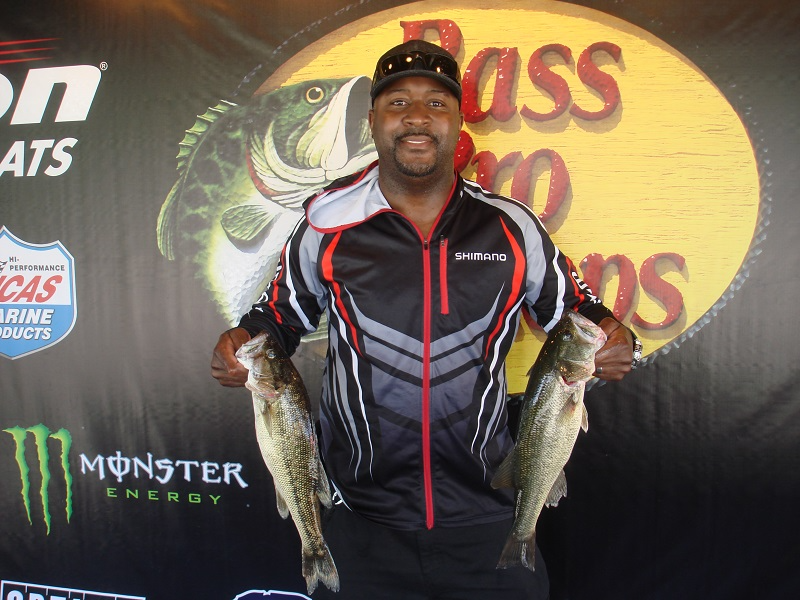 In the co-angler division Bobby Williams of Greer SC, weighed in three bass weighing 5.71 pounds to take the win.  Williams took home $500.00 for the win.

“I caught probably seven keepers today all on a crankbait,” said Williams.

“I caught four fish today all on a shakey head,” said Ellington.

“I caught a couple on a jackhammer, one on a creature bait and one on a dropshot,” said Phillips.

The next event for the South Carolina division will be the area championship on Lake Norman on September 18-19, running out of Pinnacle Wildlife access in Mooresville NC.