From Pennsylvania Division 9, August 15, 2021 - Matt Weber takes the win at Division 9 AFT 2 day local championship on the North East River. Running out of Anchor Marine in North East Maryland, the Sykesville, MD angler caught 9 bass weighing 24.61 pounds. For the victory, Matt took home a check for $1000. Matt also had the second biggest fish of the tournament worth another $55. This win gave Matt Angler of the year honors for Division 9 and earns him the right to compete for National angler of the year in October, winner takes home a 21-foot triton boat and motor package. 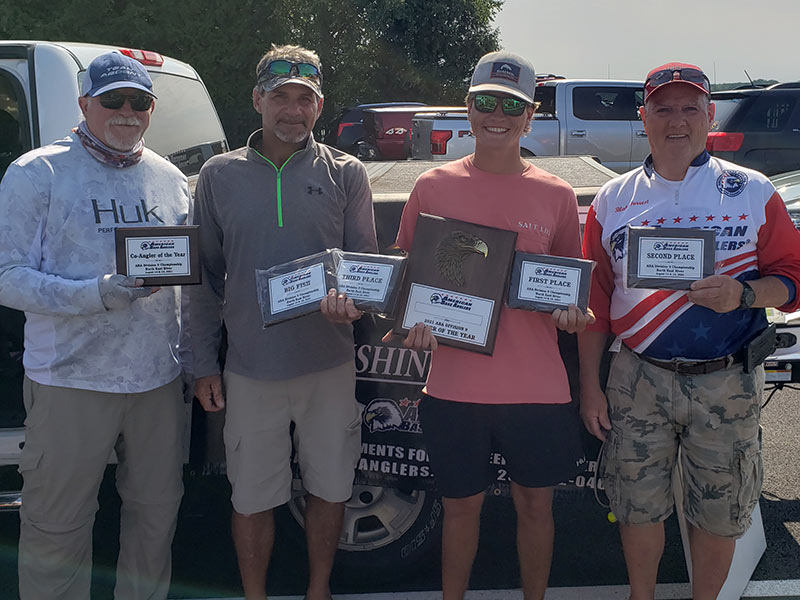 I first met Matt 6 years ago, when he fished with me as a nonboater in his very first tournament. He was only 15 at the time. I knew right then he was a special young man. He won that tournament, and now just 6 years later he is AOY! Congrats Matt do us proud down on Kerr.

In second among these AFT competitors, Blake Forrest of Newportville, PA, caught 8 bass weighing 19.82 pounds. He pocketed a check for $374.

Cody Schwartz edged out Joe McCormack in a tight CoAngler of the year fight. They were neck and neck all year but Cody's experience paid off and earned him the title. One fish could have changed the outcome.

Michael Piccolo of Croydon, PA, won the big bass contest with a 5.60-pound lunker and pocketed a check for $110.

These anglers accrued valuable points toward the divisional angler of the year title. The points champion from each division will compete in the annual American Bass Anglers AFT Angler of The Year Final Round Fish-Off. In addition, the top 500 anglers from the various divisions will earn the right to compete in the three-day ABA, AFT National Championship tournament.