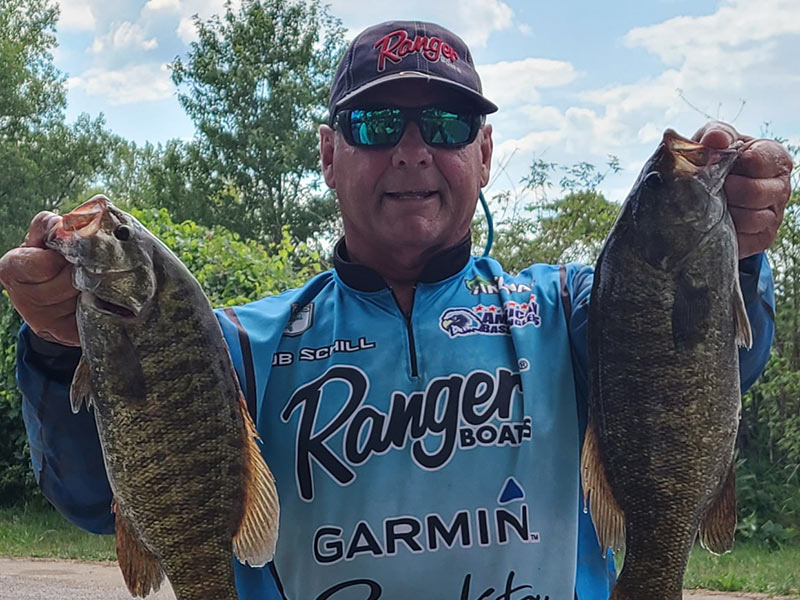 On 8/1/21 out of Dassel, MN, Bob Schill of Ramsey, MN won the American Fishing Tour District 44 tournament presented by American Bass Anglers. Running out of the public access near Dassel Bob brought back 5 Smallmouth bass that locked in the scales at 17.89 lbs. anchored by a 4.84 kicker. For the victory, Bob took home a check for $543.

Bob fished in an area that held fish all day, using both a dropshot and a chatterbait.

Second place was claimed by Matt Pretzel with 5 fish and a total weight of 17.21lbs. For his efforts, Matt took home $329 in prize money.  Matt caught all of his fish in one area of the lake.

Kevin Lemmerman took third with 5 fish and a total weight of 16.12 lbs. and took home 108 in prize money.

The Biggest Bass of the tournament was caught by Bob Schill. His fish locked in the scales at 4.84 lbs. earning him $190.

The next tournament in this division will take place on Lake Koronis launching from the ramp located on Highway 55 which is a public access ramp.