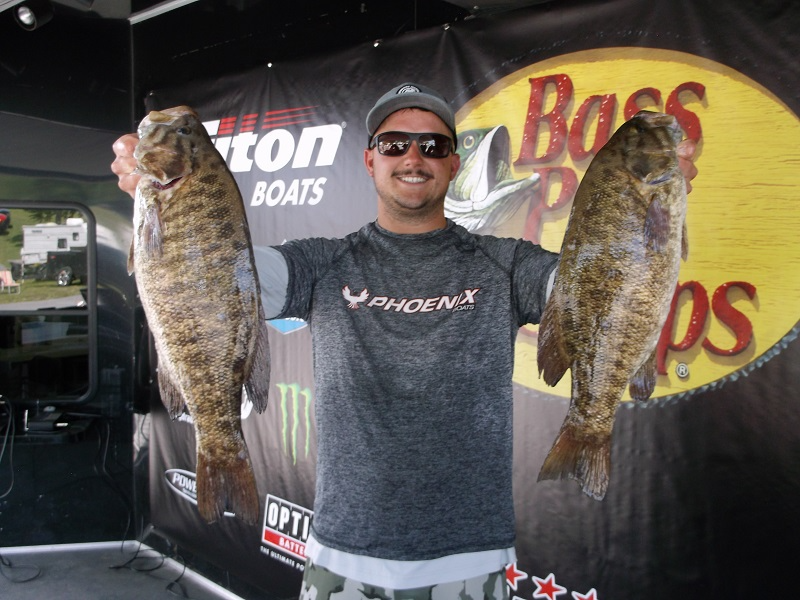 “I fished some in the river but mostly in the lake, shallow and deep. I was throwing a white 4”swim bait and a ned rig in green pumpkin, but the key was to find that white bottom, with the shells on it,” said Latinville.

Finishing second for the boaters, John Paul Pelletier of Castleton, NY. He landed a 5 fish limit that went 24.37lbs. He takes home $1050.00 for his efforts.

“I ran out to the lake, I was fishing points using a white 4” swim bait,” said Pelletier.

“I ran to the lake, I was fishing in 14 feet of water fishing what I always fish with, a black shacky head worm,” said George.

Finishing fourth was Richard Gabriesheski from Dallas , PA.. He landed a five-bass limit for 23.62-lbs.  Travis Manson from Conshohocken , PA ,rounded out the top five boaters with five bass weighing in at 23.51 lbs. 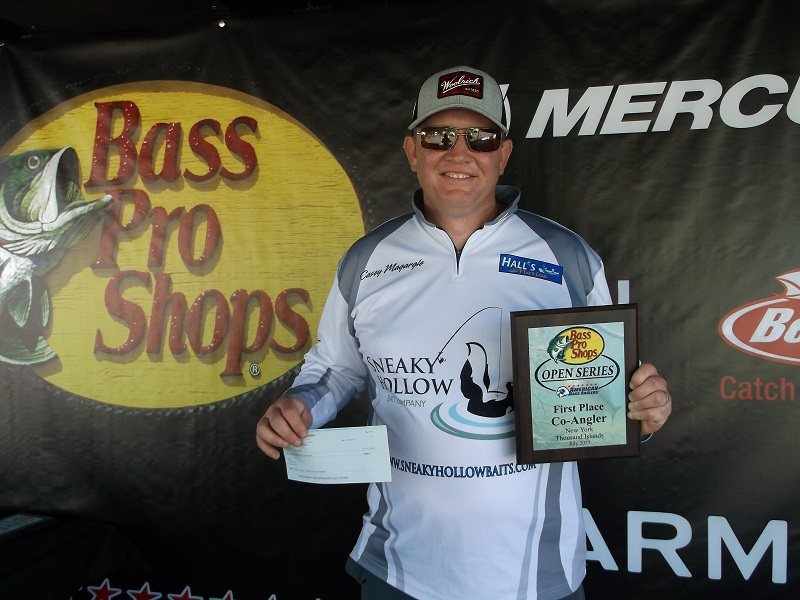 “I was fishing a tube in dirty boy color and smoke purple in 16 feet of water or less,” said Margargle.

Casey also takes home Big Bass on the C0-Angler side, with His Lunker weighing in at 5.10LBS. Casey Pocketed a check for $225.00.

Taking second for the co-anglers, Otto David of Beacon, NY, he brought in three-bass weighing 14.01lbs and took home a check for $625.00. Otto was not available for comment.

“I caught all my fish in the lake, fishing a flat worm and a ned rig all day, in 7 to 8 feet of water.” Said John.