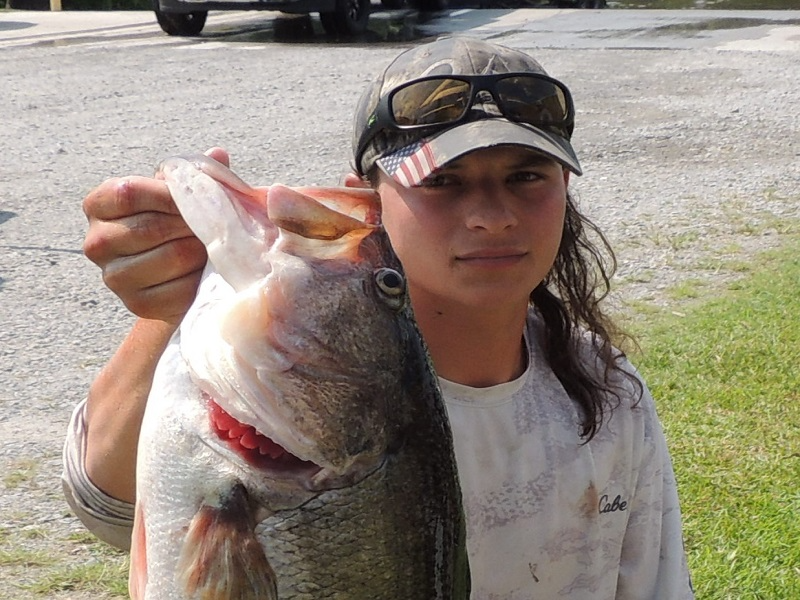 Thanks to all the anglers that came out and fished the ABA Division 17 tournament on the Roanoke River this past weekend.  It was a great day on the water. July 24, 2021, 26 anglers launched from the Water Street Ramp in Plymouth, NC on the Roanoke River.  Eighteen of those anglers brought back five-fish limits to the scales, but when the scales closed Chase Theis from Hubert, NC took the victory with 21.52 lbs.  Chase also had BIG FISH of the tournament with a GIANT 9.28 pounder.  Chase said he caught his fish up river on soft plastics.  For the win Chase took home $660 in prize money.  Congratulations Chase!

Second place was Danny Flynn from Bethel, NC.  Danny had a 5 fish limit that locked in the scales at 15.77 lbs.  For his efforts, Danny took home $404 in prize money.  Danny also had a VERY nice kicker that weighed 6.72 lbs. Danny said he fished up and down the river and also caught fish on soft plastics.

Third place in the tournament went to Jason Thies from Hubert, NC with a 5 fish limit that weighed 15.55 lbs.  Jason received a payout of $144.

The next tournament in the Bass Pro Shops Fishing Tour, NC Central, Division 17 will be the 2 day Championship and will take place on Saturday and Sunday, 7 & 8 August, 2021 on the Roanoke River, launching from Water Street Ramp, in Plymouth, NC.   Remember to fish the 2 day Championship you must have fished at least FOUR – 1 day tournaments in any division.

These anglers accrue valuable points toward the Divisional Angler of the Year title. The points champion from each division will compete in the annual American Bass Anglers AFT Angler of The Year Final Round at the AFT Championship.  In addition, the top 500 anglers from the various divisions will earn the right to compete in the three-day Bass Pro AFT National Championship tournament at Kerr Lake, Virginia in October.