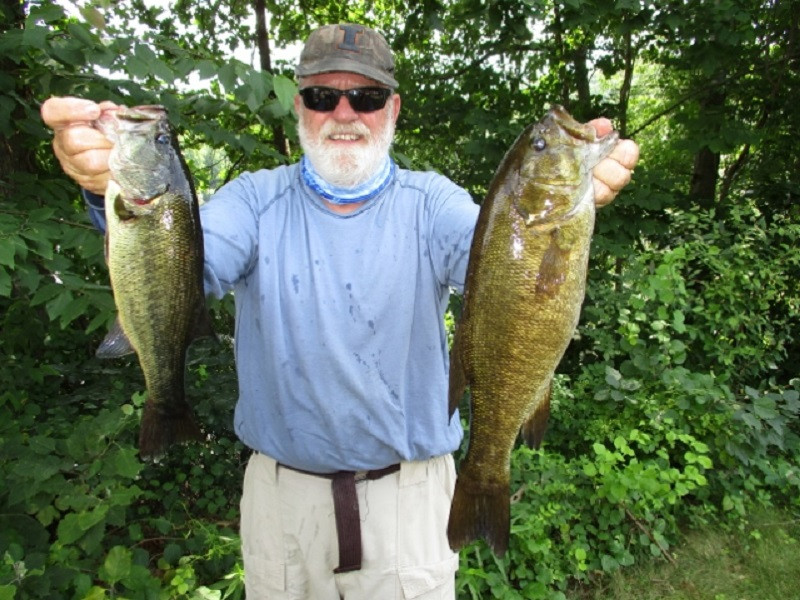 ATHENS, Al. – Gerald Paben from Ansonia Connecticut won the Bass Pro American Fishing Tour presented by American Bass Anglers, Connecticut Division 6 tournament, held on Lake Zoar on 24 July 2021.  Winning his second event for this year Gerald caught a 5 bass limit for a total weight of 11.33 pounds for the win.  He said he caught his two biggest fish off a deep water bluff drop. For the win he took home $451.00.00.00 in cash.

Placing second among the competitors Frank Vida from New Fairfield CT who weighed in limit of fish for a total of 10.54 pounds. This second place finish was his second in a row.  He also weighed in the big bass of the day with a 4.35 largemouth. He pocketed a total of $33400 for both awards.

Taking third place was Tom Dupuis from Terryville Connecticut with his limit of bass for a total of 9.32 pounds worth $79.00.

The next Division 6 tournament last one day event will be held on Connecticut River on 7 Aug 2021 launching from the Salmon River State ramp.  For more information about this Division and future events visit www.americanbassanglers.com or contact the local Director for Connecticut, Tom Dupuis at 860-987-7371 or Assistant Director Gary McClarran at 203-578-5012.

These anglers accrue valuable points toward the Divisional Angler of the Year title. The points champion from each division will compete in the annual American Bass Anglers AFT Angler of The Year Final Round at the AFT Championship.  In addition, the top 500 anglers from the various divisions will earn the right to compete in the three-day Bass Pro AFT National Championship tournament at Kerr Lake, Virginia in October.