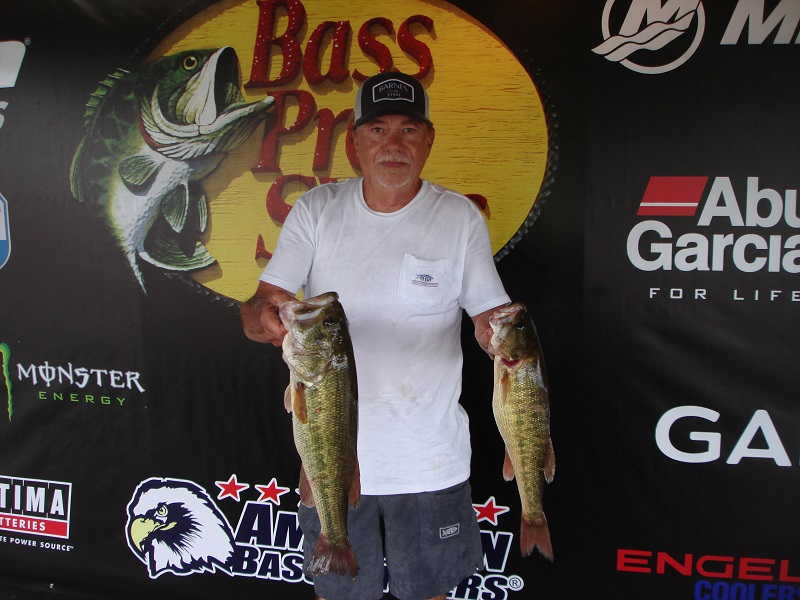 “I fished in the mid-lake area today down toward the dam. I fished ledges, roadbeds, and docks. Most of my fish came later in the day and that big bass came off a dock this afternoon. I was using a shaky head with a big worm and a football jig on the ledges and roadbeds. I caught that big bass skipping a jig under a dock.” Wood said.

“I caught my fish on docks, brush piles, and ledges. I threw a jig and a shaky head all day. I caught fish all day, but the big fish didn’t bite for me today.” Teems said.

“I caught my fish today on a Yum Dinger and a Woo shaky head all day long. I went through three bags of worms and about ten hooks. I had a ton of bites but only caught a few fish. Every fish I caught was under a dock.” Ellis said. 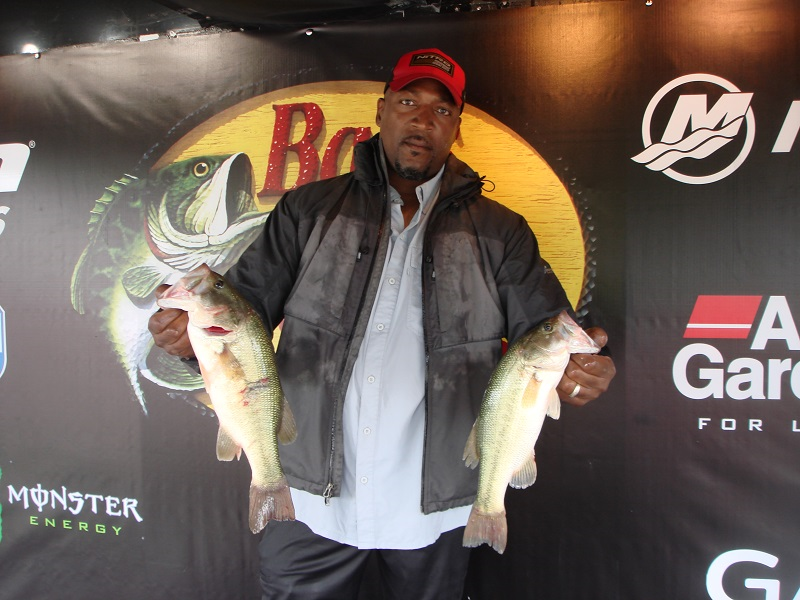 In the Co-Angler Division, John Burt of Pike Road, AL won with three bass going 7.10 pounds. Burt pocketed a check for $750 for his win.

“I caught my fish today on senkos and shaky heads. We fish the mid lake area today around isolated islands in the grass. We caught a bunch of fish today, just not many that were big. We fished some docks but didn’t get bit, so we went back to the islands.” Burt said.

“We fished all over today. We started all the way down near the dam and then ran above Interstate 20 around mid-morning but ended the day back down the lake near the dam again. I caught my fish on a jig, a shaky head, and a little topwater. We fished ledges, boat docks, rip-rap, laydowns and grass, we fished it all.”  Teems said.

“I caught my fish on a drop-shot, a shaky head, and a wacky-rig. Everything we could throw under docks. “McMurphy said. 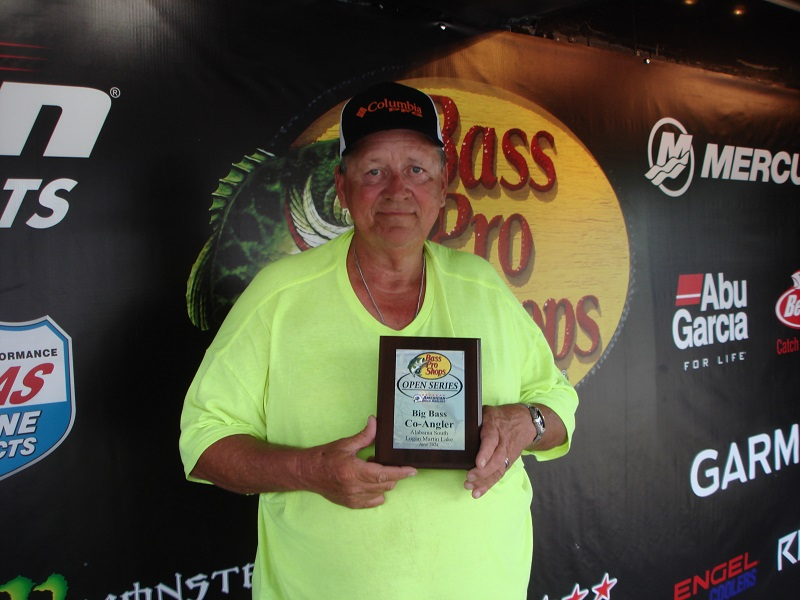 The big bass award for the co-anglers goes to Charles “Eddie” Jackson of Opp, AL for a big bass that weighed 2.88 pounds. Charles collected $130 for that big bass.

“I caught that big bass on a Bill Lewis MR6 crankbait. I won’t say what color, but I’ve cashed three checks with that bait!” Jackson said.

In fourth place among the co-anglers, Bill Mogan of Mobile, AL brought in three bass for 5.68 pounds.  David Copeland of Andalusia, AL finished in fifth place with three bass for 5.56 pounds.

Slated for October 9th & 10th, 2021 the next tournament will be the Area Championship held on Lake Eufaula out of Lakepoint State Park Eufaula, AL. At the end of the season, the best anglers from across the nation advance the 2022 Ray Scott Championship to be held at Lake Eufaula in April, 2022.