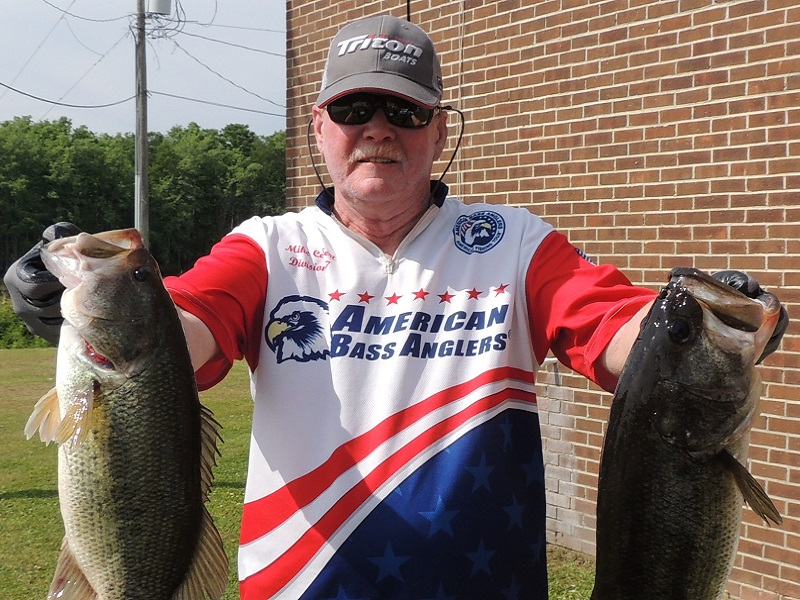 Thanks to all the anglers that came out and fished the ABA Division 17 tournament on the Roanoke River.  At least we did not have a cold front for this tournament but we did have about an hour and a half fog delay.

May 22, 2021, anglers launched from the Water Street Ramp on the Roanoke River out of Plymouth, NC.  Ten anglers brought back five-fish limits to the scales, but when the scales closed Mike Colbert from Newport, NC took the victory with 17.83 lbs.  For the win Mike took home $401 in prize money.  Mike said he caught his fish about a half a mile up river on creature baits.  Mike also had BIG FISH of the tournament with a nice 6.81 lb kicker.  Congratulations Mike!

Second place was Ricky West from Rocky Mount, NC with a 5 fish limit that locked in the scales at 15.75 lbs.  Ricky said he caught his fish down river on soft plastics.   For his efforts he took home $187 in prize money.

The next tournament in the Bass Pro Shops Fishing Tour, NC Central, Division 17 will take place on Saturday, 5 June, 2021 launching from Summit Ramp in Summit, NC on the Lake Gaston.