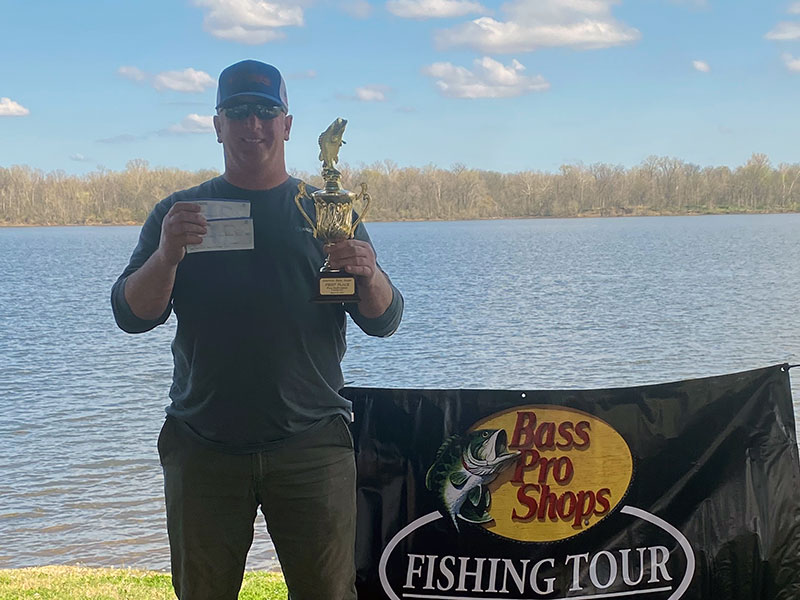 March 20th in Pine Bluff Regional Park, 21 anglers launched from Regional Park near Pine Bluff, AR.  6 of those anglers brought back five-fish limits to the scales, but when the scales closed Travis Hall from Sheridan, AR  took the victory with 18.29 lbs.  He accredited his win to sandbar drops with brush and rocks with soft plastics and chatterbaits.  For the win, Travis took home $539 in prize money.

Second amongst the competitors was Chris Van Duren with 5 that locked in the scales at 16.60 lbs. Chris said he caught most of his fish on a JackHammer on the rocks. For his efforts, he took home $317 in prize money.

Third place was claimed by Rob Stone with 5 fish and a total weight of 16.59.  Rob said he caught most of his fish in shallow water. For his efforts, he took home $101.

The Biggest Bass of the tournament was caught by Travis Hall.  His fish locked in the scales at 4.38 lbs earning him $95 in prize money.

The next tournament in this division will take place on 4/17/2021 launching from AR River Dumas at Pendleton Bridge.

These anglers earn valuable points toward the divisional angler of the year title. The points champion from each division will compete in the annual

American Bass Anglers AFT Angler of The Year Final Round at the AFT Championship. In addition, the top 500 anglers from the various divisions will earn the right to compete in the three-day ABA, AFT National Championship tournament.