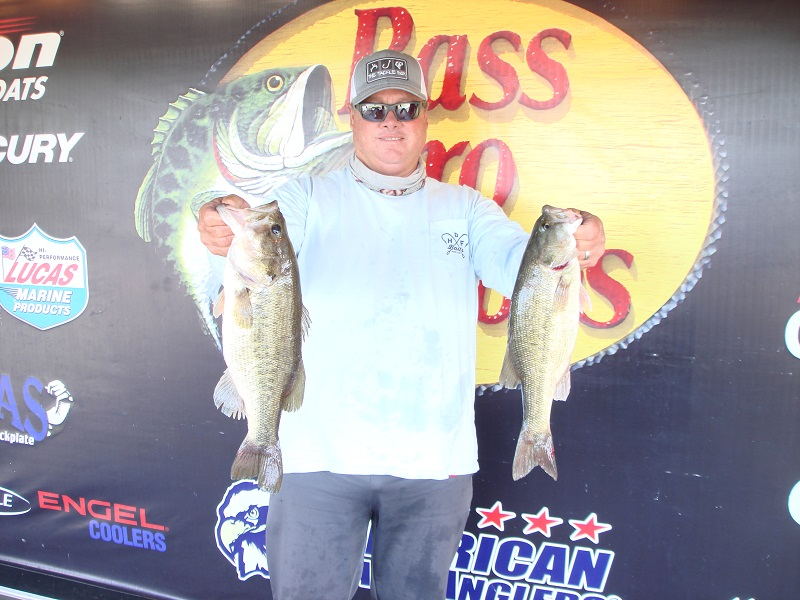 ATHENS, Al. –Mark McCaig took home the win for the American Bass Anglers Open Series Alabama South Division tournament held April 3rd on Lay Lake. Launching out of Beeswax Creek Park in Columbiana, AL the Oxford, AL angler caught five bass weighing 16.45lbs.  “I went down the river about 10 miles and started on a flat point throwing a chatter bait and I caught a 3-pounder and then I started flipping grass on the current. I caught a lot of fish today, but all my better fish came before noon.” McCaig said.

In second for the boaters was Larry Franks of Wilsonville, AL landed a five-bass limit going 15.21lbs.  “I caught my fish on a magnum trick worm toady and I lost a few fish that would have helped me. I was fishing down river also.” Franks said.

Michael Smith of Andalusia, AL took third for the boaters with five bass going 13.14lbs.  “I caught my fish today down river as well.  I caught fish a few different ways, but my primary bait was a Missile Baits 48 worm on a shakyhead, I also caught a few on a Sixth Sense jerk bait and a spinnerbait.” Smith said.

Rounding out the top five was David Dove of Columbus, MS in fourth with a five-bass limit for 12.94lbs and Terry Tucker of Gadsden, AL in fifty with five bass at 12.24lbs. 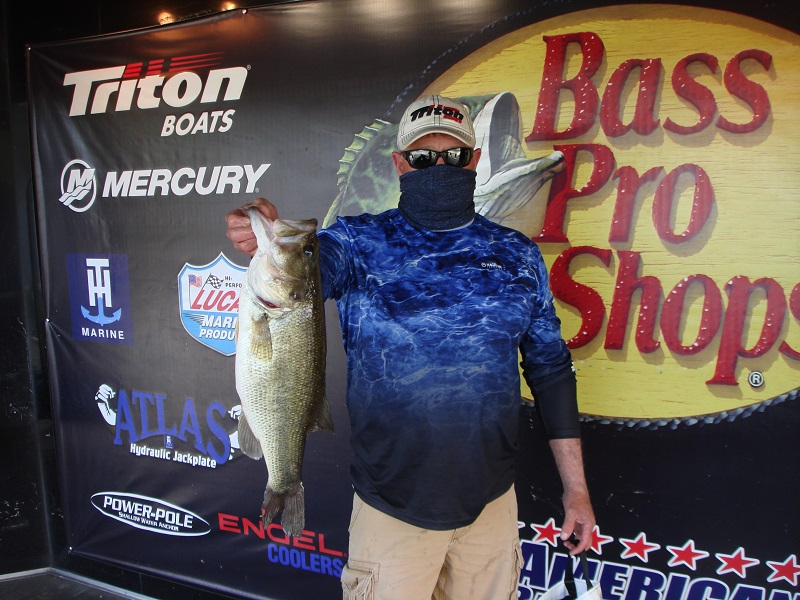 The big bass award for the boaters went to Jim English of Gordon, AL for a big bass that weighed 5.51 lbs. 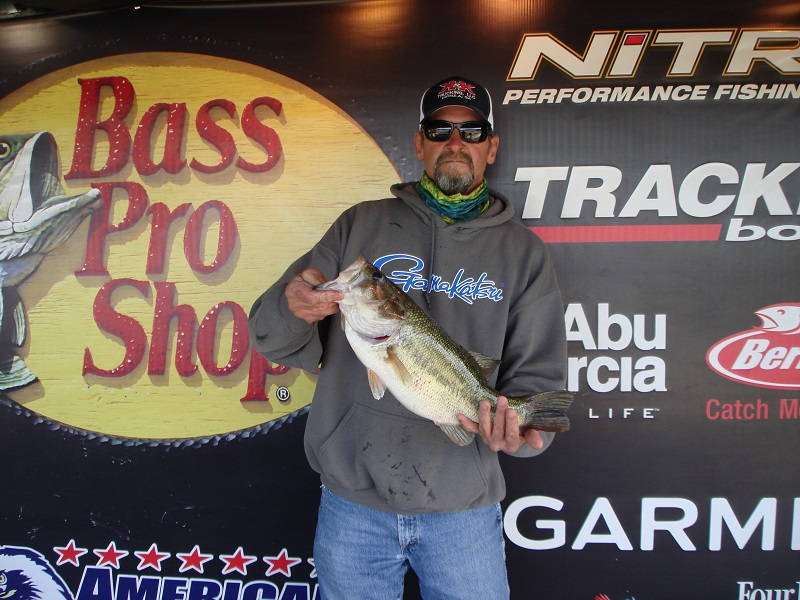 In the Co-Angler Division, Donald Fish Jr of Columbus, GA won with three bass going 9.57 lbs. including a big bass that weighed 4.90-lbs.  “I owe it all to my boater. We went up-river today and I was throwing a shakyhead and he was throwing a spinnerbait.  After he had three bites on the spinnerbait, I picked one up and caught that big bass. I caught my last fish about 15 minutes before we had to come in. It was wrapped around the trolling motor and my boater grabbed my fish to get it in the boat. I want to thank him tremendously, he taught me a lot about spinnerbait fishing.” Fish said.

Taking second for the co-anglers, Randall “Cole” Williams of Fayette, AL brought in three bass weighing 9.24lbs.  “I caught my fish slow with soft plastics on a shakyhead. I should have blown this tournament out of the water this morning with my first three casts. I had fish that I couldn’t turn, and I just couldn’t get a hook in the fish.” Williams said.

Rounding out the top five was Eldred Lewis of Tuscaloosa, AL in third with three bass going 9.09lbs.  Fourth place went to John Burt of Pike Road, AL with 7.84lbs. and Adam Sangster of Sanford, FL finished in fifth place with 7.05llbs.

The next event for the division will be on June 5th, 2021 to be held on Logan Martin out of Pell City Lakeside Park in Pell City, AL.  At the end of the season, the best anglers from across the nation advance the 2022 Ray Scott Championship to be held at Lake Eufaula in April 2022.