The first tournament in the division takes place Feb. 26-27, 2021, at Lake Eufaula in Alabama. The event runs out of Lakepoint Resort State Park, located at 104 Lakepoint Drive near the town of Eufaula, Ala. Officially named Walter F. George Reservoir, but more commonly called Lake Eufaula, the impoundment covers 45,181 acres along the Chattahoochee River spanning part of the Alabama-Georgia line.

Sometimes called the “Bass Fishing Capital of the World,” Lake Eufaula produced numerous double-digit largemouths and excellent numbers of bass in the 2- to 8-pound range over the years. Some bass topped 12 pounds. 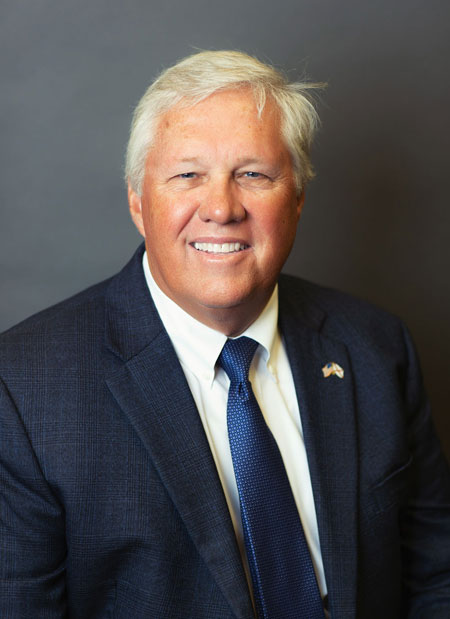 “We are honored to have the anglers for the new ABA Top 150 Solo Series fishing Lake Eufaula,” stated Jack Tibbs, mayor of Eufaula. “The town has a long history with bass fishing. The lake can produce a lot of big fish. I wish each angler the best of luck. I hope each angler has a great experience while in Eufaula and everyone catches a bunch of fish.”

Cold weather, snow, and heavy rain pummeled much of the South earlier this month. At Lake Eufaula, hard rains turned the waters frosty and muddy. Chilly temperatures probably delayed the bass spawn this year. Largemouths usually begin spawning in mid to late February, but the spawn traditionally peaks in March or April.

“The water is muddy because we had a whole week of runoff,” advised Mayor Tibbs, who also owns Strikezone Lure Company (www.strikezonelure.com) and regularly fishes the impoundment. “We had an unusually cooler winter this year with lots of nights in the high to mid-30s. The water has been in the high 40s to low 50s, but for several days, it’s been warming up and the nights have not nearly been as cold. Hopefully, the water will warm by tournament time. Those fish are ready, so the anglers should have a great tournament.”

Because of the position of the sun, the northern part of a lake normally warms first in the spring. However, at Lake Eufaula, cold water flowing down the Chattahoochee River from northern Georgia could make fishing challenging on the northern end of the impoundment. However, stained water warms quicker than clear water. Suspended particles in stained water absorb solar heat, radiating that heat into the waters around them.

“The river is always four or five degrees colder than the lake,” Tibbs advised. “With the water-stained, I think a lot of the fish are going to go to the banks. The lake is about half a foot off full pool. I think people will be able to catch quite a few fish by throwing Chatterbaits, spinnerbaits, or square-bill crankbaits up where there are old patches of grass on banks that stay sunny all day.”

Many anglers will probably head south to fish the deeper waters by the dam and escape the chilly water coming down the river. Some holes near the dam and in the old river channel drop to more than 60 feet deep. Giant bass will probably stage in deeper water around ditches and creek mouths leading to the shallow spawning flats.

“Traditionally, the south end on Eufaula turns on first,” Tibbs predicted. “I think the tournament will be won on staging fish. The mouths of creeks and deeper creek banks in the sun will be a few degrees warmer than the rest of the lake. Bass will probably be moving up in the creeks before spawning, so those kinds of places are going to be key. Check those banks where the sun shines all day long. Somebody who finds bass staging and getting ready to move up to the banks could hit the mother lode and catch a giant bag.”

In addition, hard objects like rocks, riprap, stumps, and logs also soak up heat and radiate solar energy into the water column. Rocks and concrete blocks retain more heat than soggy wood. Just a temperature variance of one or two degrees could mean a big difference to a cold-blooded bass.

Docks line the shores of many creeks. Like rocks, dock pilings also warm surrounding waters. In addition, many owners place secondary cover, such as brush piles, within casting range of their docks. Anglers working the dock pilings with spinnerbaits and crankbaits or pitching jigs and other soft plastics under the docks might catch some monsters.

“An angler can’t go wrong throwing a jig at docks any time on Lake Eufaula,” Tibbs quipped. “Bass will come to those dock poles and sit next to them. They also like to congregate around black floats on docks because those black objects also heat up in the sun. The water is usually a little warmer around those darker floats. Take a square-bill or a jig and bump it off the dock poles. Sometimes, that’s a pretty good pattern.”

Anglers will find many creeks feeding into Lake Eufaula. The main river and numerous creek channels combine to create 640 shoreline miles. Some of the best fishing occurs in Cowikee Creek by the launch marina. Anglers commonly catch big bass within sight of the park. Some holes in Cowikee Creek drop to more than 30 feet deep. Look for brush piles or other deep cover. Around deep cover, fish deep-diving crankbaits, lipless crankbaits, jigs, Carolina rigs or Texas-rigged plastics.

“There’s fish to be caught upriver,” explained Sam Williams of Hawks Fishing Guide Service (334-355-5057, www.hawksfishingguideservice.com) in Eufaula. “The anglers who stay up north will get more fishing time. Grass Creek is going to clean out fairly well, but I think most anglers will run south because there are so many brush piles down there. I would work the deeper water first and then move back shallow when it starts warming after the sun gets up. I predict the best bite will be from lunchtime until the weigh-in begins. The sun will warm the waters quickly in the shallows.”

“In stained water, bass hold tighter to cover,” Tibbs said. “I like to throw something that makes noise and vibrations, like a Chatterbait or a big spinnerbait. Crawfish colors are good at this time of year as is the traditional chartreuse or chartreuse and white. A spinnerbait with a large, red Colorado blade in front and a chartreuse or gold blade behind it fires bass up at this time of year. When the water is cold, I slow down the retrieve as much as possible so the bait just crawls along the bottom.”

Down the river about 25 miles from Lakepoint, Sandy Branch, and Pataula Creek, the largest tributary on the Georgia side, enter the lake just north of the dam. On the Alabama side, Hardridge Creek holds some bucketmouths. Other good creeks include Thomas Mill, Barbour, Chewalla, and Chenyhatchee creeks. People also regularly fish the bridge crossings in that area.

“It’s more sandy downriver, so the creeks are going to clear up a little faster,” Williams predicted. “Bass are going to go deeper to find clean water and oxygen. Anglers will have to use Carolina rigs and deep-running crankbaits with the water being so cold. The fish are lethargic. One of the tricks I do is determine what size shad they are eating and throw a crankbait on a Carolina rig. I’ll drag it slowly and keep that thing in front of the fish.”

For fishing deep water, Williams also suggested vertically jigging chrome spoons. A heavy metal spoon sinks quickly and flutters down like a dying shad. After it hits bottom, jig it up and down a few times to keep the temptation in a fish’s face. In deep holes, bass could congregate in great numbers. Lucky anglers who find the right hole might land a bunch of fish without moving the boat.

“A spoon is a great idea,” Williams recommended. “Keep that thing aggravated right in front of the fish. A buddy of mine got one of those new Garmin electronic units. He was fishing a tournament and said he could actually watch his lure in front of big fish. With all this new electronic technology, it’s unreal what people can do.”

More common in saltwater, diving birds can also indicate feeding fish. As the water warms later in the day, schooling bass might rise to attack shad. The bass will herd shad to the surface to cut off their escape. Sharp-eyed birds instantly see the activity and dive to get their share. People in the right spot could put a limit in the boat quickly.

“Look for diving birds,” Williams advised. “Birds feed on shad, too. Often, we’ll see birds working from a distance. If anglers find birds working the shad, they can throw Chatterbaits, jerkbaits, or topwater plugs like a Zara Spook and aggravate the stew out of the water with them.”

The winter storm also forced a Major League Fishing tournament to move from snowy Texas to Lake Eufaula. The MLF tournament will also run out of Lakepoint from Feb. 22-26.

From Eufaula, the Southeast Division heads north to Lake Guntersville. Slated to run April 30-May 1, the tournament launches out of Goose Pond Ramp, located at 417 Ed Hembree Drive in Scottsboro, Ala. Then, the anglers will fish Lake Chickamauga on June 25-26. That tournament will run out of Dayton City Ramp on Lakeshore Drive in Dayton, Tenn.

The Southeast is not the only division in the ABA Top 150 Solo Series. The Southwest Division ventures to Lake Sam Rayburn near Zavalla, Texas, from March 26-27. The division wraps up April 30-May 1 at the other Lake Eufaula near Eufaula, Okla. Anglers pay $600 to enter each division event and can register to fish tournaments in both ABA Top 150 Solo Series divisions if they wish.

Both divisions offer big cash payouts. If 150 anglers participate in a division tournament, the winner will take home a $20,000 in cash. If fewer competitors register, the top 20 percent of the field will each earn a portion of the prize money based upon the number of entries.

In addition, the winner of each divisional tournament, plus the two-division Anglers of the Year will qualify to fish the 2022 Ray Scott Championship. Bryan D. New of Belmont, N.C. won the 2019 Ray Scott Championship, collecting about $100,000 in cash and prizes. He now fishes the Bassmaster Elite Series and won the first time he competed at that level earlier this month in Florida.

Since Lake Eufaula straddles the Alabama-Georgia line, anglers can use a license from either state to fish the main portions of the impoundment and major tributaries. For more information on this tournament, call Floyd at 256-230-5633 or see www.americanbassanglers.com/Top150. For information on other ABA Top 150 Solo Series events or other tours, call ABA at 256-232-0406.