Athens, AL., Steve Phillips of Diboll, TX won the Bass Pro Shops Open Series South Texas opener on Sam Rayburn held this past Saturday, January 30th. Phillips brought in a five-fish limit that weighed 20.13 pounds, and his largest bass was 7.06 pounds. For winning the event, Phillips won $5,000 plus another $640 for the biggest bass. 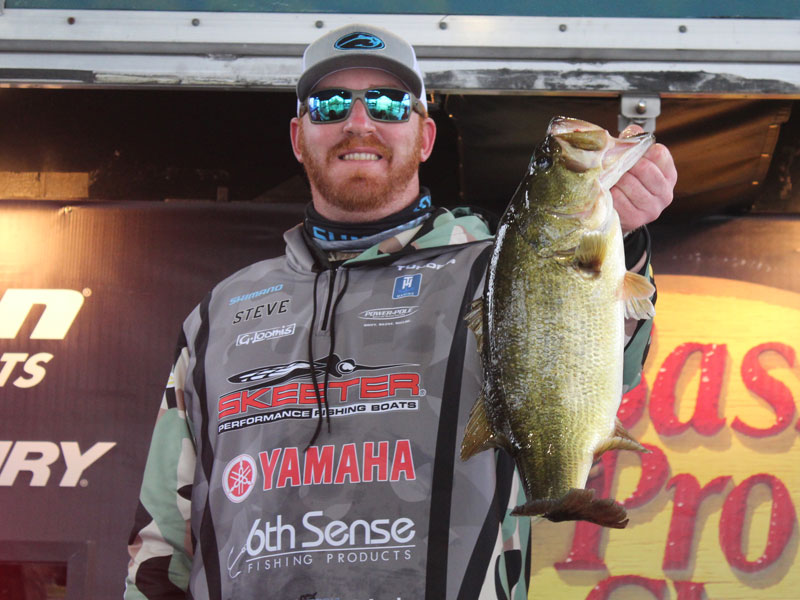 “I started my day on some main lake drains in the mid-lake area with a Strike King Series 5 and 3XD in the clearwater minnow color.  Since the front had pushed through that night, I had to be very precise with my casts.  The only way I could get a bite was to make sure the bait hit a stump.  If I could do that, it would deflect off the structure, and I would hook up.  The boat’s position was very critical in this situation as well.  I had to make multiple casts to the same target, but the bites only came when I hit the stumps.  About 10 AM, the wind finally won the fight, and I had to abandon that pattern.”

“I went to the more protected secondary drains and rotated between some of my secondary baits; a Jackall TN70 HL in black and gold, then a Strike King Thunder Cricket in green pumpkin with a V&M Baits Wild Thing Craw in Alabama Craw color.  You absolutely had to make them react to the bait, so the retrieve varied multiple times with each cast.  There’s a common misconception with these baits that grass has to be present, but that simply isn’t the case.”, said Phillips.

“My kicker came on the TN70 just afternoon.  Probably 12:30, I would say.  An hour later, I caught a heavy four-pounder on the same spot.  I owe a big thanks to Shaine Campbell at Tackle Addict for getting me the Jackall TN70’s and 3XD’s on such short notice.  My rod and reel set-up was a Shimano Zodias/Shimano Bantam and a G Loomis NRX/Shimano Chronarch spooled up with Sunline Shooter.”, Concluded Phillips. 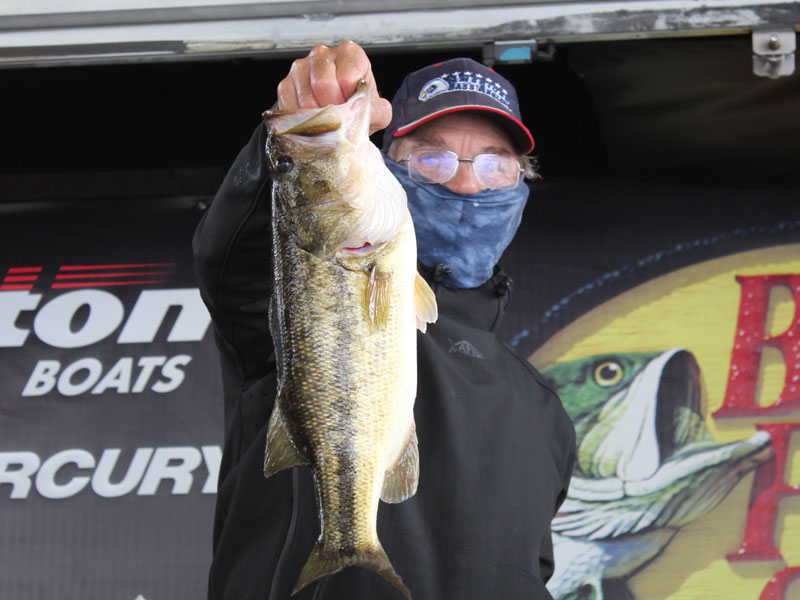 Cedric Jackson of Sicily Island, LA, won the I Co-Angler side of the tournament with a three-fish limit of 11.76 lbs. Johnson also bad the biggest bass in the Co-Angler side with a 6.50-pound big bass. He pocketed a check for $1250.00 for the win and an additional $250.00 for big bass honors.

“I still can’t believe what just happened.  You announced to everyone here that I had won first place in the Bass Pro Shops Open Series for the co-angler division on Sam Rayburn?  I am very humbled and thankful for this win.”

“The day started in a typical tournament fashion.  You meet your boater, share random conversations, and make last-minute tackle adjustments before takeoff.  I felt confident about today because I had recently spent some time on the lake fishing just before this tournament.  My boater told me the water temperature was in the mid to upper 50s and we were going to fish a water depth of 0-10 feet in and around the grass.  When he told me this, I began to smile.  I love shallow water fishing.  I spent several trips with one of my heroes, the late Phil Marks. (Buck)  He taught me a lot about shallow water fishing.”

“I tied on a Strike King Thunder Cricket just before we left the dock this morning.  When we got to the first spot, I caught the 6.50 on my second cast.”  Talk about a good way to get the blood pumping. “I was feeling great at this point.  Twenty yards down the bank, I hooked into the next fish.  I got her all the way up to the boat, and she came off.  I watched 5 lbs swim away.  I thought my day was over at that point, but hey, it was still very early.  I caught my limit and was able to cull several times throughout the day, but you always think about that one you lost.”

“It was a long walk to the weigh-in line thinking about what could have been.  I was in the first flight and took the early lead, but this is Rayburn.  I felt like I had a good chance at cutting a check, but winning was out of the question.  Watching the rest of the field weighing in, it started to get me.  When you are sitting in the lead, you watch every bag that comes up, every weight that gets scaled. Man, it was stressful.  I walked away from the stage.  My guys had to tell me the weigh-in was over and when I came back and heard you say, “Cedric Jackson has won the co-anglers”, all I can think is thank you, God!  I would like to acknowledge my boater, Marshall Hughes.  I would also like to recognize my entire support team of my wife, family, friends, Abu Garcia, Seaguar, and Strike King.”,  Concluded Jackson.

Slated for Sunday, March 28th, the next tournament will be held back on Sam Rayburn at Cassel’s Boykin State Park. At the end of the 2021 season, the best anglers from across the nation can advance the Ray Scott Championship to at Lake Eufaula, AL, in April of 2022.