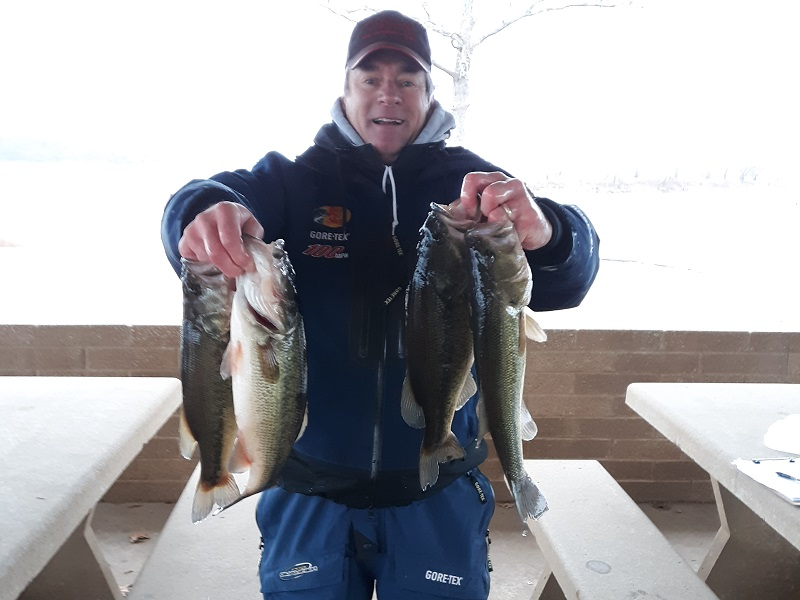 Second place was claimed by Charles Mayberry with 3 Fish and a total weight of 8.12 pounds.

The next tournament in Division 57 will take place on January 9th launching from Taylor’s Ferry North on Ft Gibson Lake.