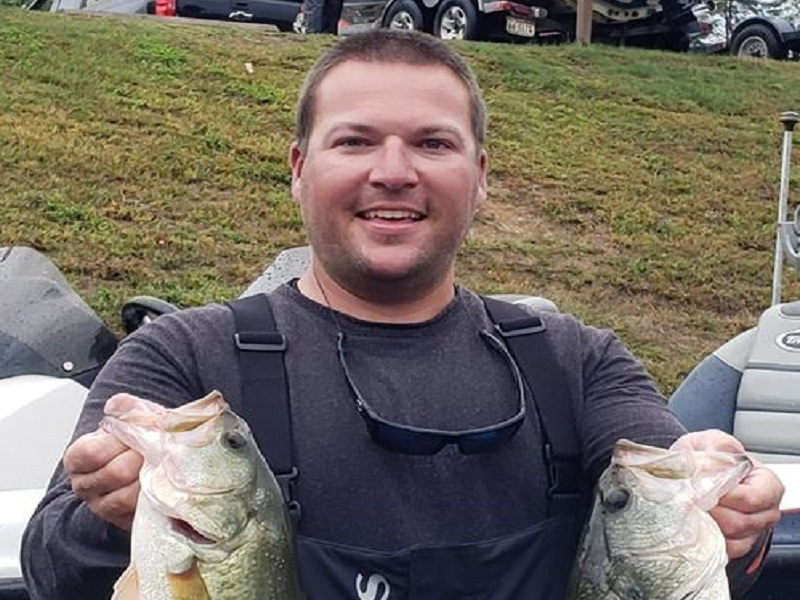 On a rainy day that would turn the fish off and make one think seriously about going home early, Tyler Trent put together a winning stringer of 15.25 pounds to claim the win in the Virginia division season opener on Kerr Lake.  Tyler said he stayed in deeper water in the creeks fishing shakey heads in 12 to 20 feet of water.  Almost 4 pounds behind him was Tyler Dix with 11.29 pounds.  Only 74 bass were brought to the scales by the 29 anglers that fished today with it taking only 9.36 pounds to earn a check, and weights dropped off drastically after the top 5 money winners.

This was the opening event in the Virginia division of the Bass Pro Shops American Fishing Tour.  The division has 13 remaining one day qualifying events.  Anglers are attempting to put together their best four one day events to accumulate points toward their national standings to qualify for the championship in October of 2021.  Coupled with their best finish in a 2-day division championship, the goal is to earn up to 1200 points in qualifying events.

The next event in the Virginia division is 7 November on the Chickahominy and James Rivers out of Chickahominy Riverfront Park, near Williamsburg, Virginia.