Matthew Oakley wins the D17 Tournament on the Roanoke River 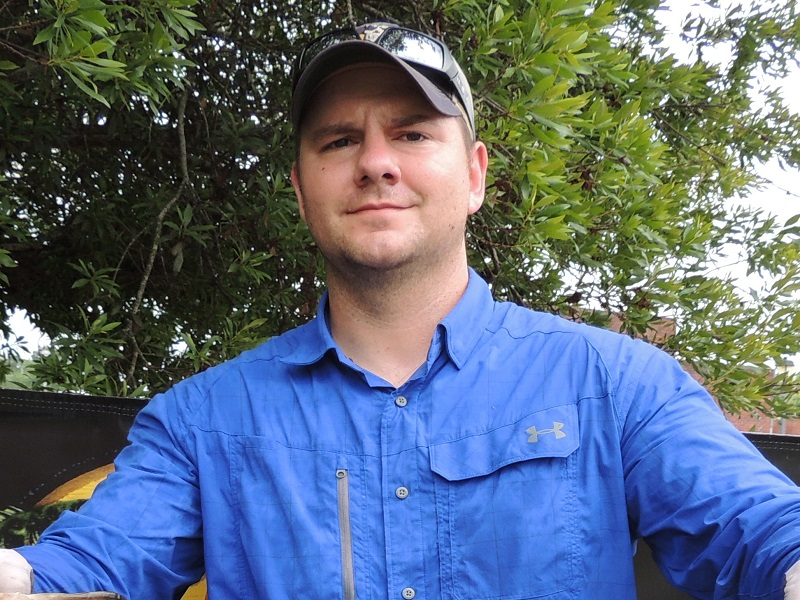 August 1, 2020, 21 anglers launched from the Water Street Ramp on the Roanoke River out of Plymouth, NC.  Eight anglers brought back five-fish limits to the scales, but when the scales closed Matthew Oakley from Farmville, NC took the victory with 14.21 lbs.  For the win Matthew took home $539 in prize money.  Matthew said he caught his fish early on a frog close to the ramp and when that shut down he caught fish on a jig.  He said he caught everything by 10:30.  Congratulations Matthew!

Second amongst the competitors was Mike Roberson from Battleboro, NC with 5 fish that locked in the scales at 14.16 lbs.  For his efforts he took home $317 in prize money.  Mike said he caught 5 keeps in the Roanoke and then ran to the Chowan and culled all his fish with better fish.  Great job Mike!

There was a tie for Big Bass of the tournament between Mike Roberson and Mike Colbert, they both weighed in a nice 4.58 lb fish and they split the big fish pot.

The next tournament in the Bass Pro Shops Fishing Tour, NC Central, Division 17 will be the 2 Day Championship and will take place on Saturday & Sunday, 15 & 16 August, 2020 launching from Water Street Ramp on the Roanoke River in Plymouth, NC.