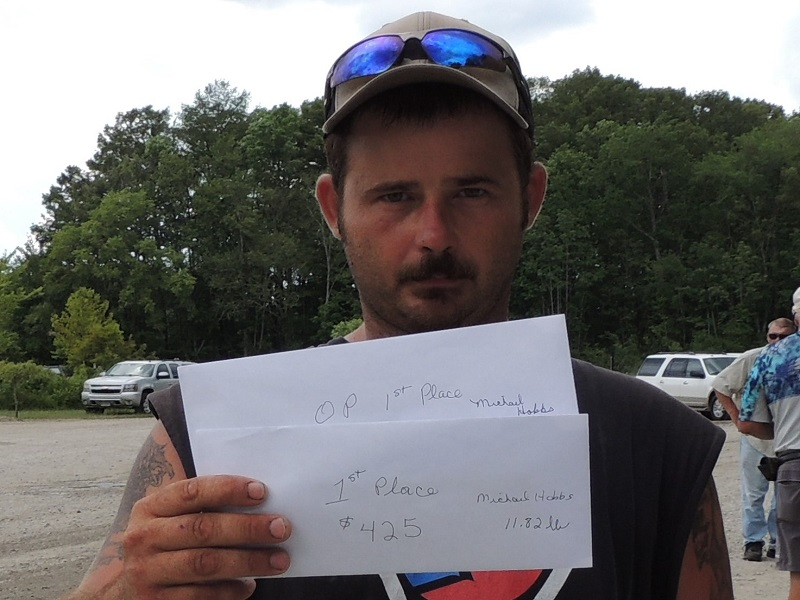 July 18, 2020, 13 anglers launched from Shoups Landing (Hwy 13 Bridge) on the Chowan River out of Winton, NC.  Only four anglers brought back five-fish limits to the scales, but when the scales closed Michael Hobbs from Gaston, NC took the victory with 11.82 lbs.  For the win Nathaniel took home $425 in prize money.  Michael said he ran up river and didn’t do very well so he ran back down to the lower part of the Chowan caught his fish cranking.  Congratulations Michael!

Second amongst the competitors was Ricky West from Rock Mount, NC with 5 fish that locked in the scales at 11.31 lbs.  For his efforts he took home $153 in prize money.  Ricky said he ran down river a short distance and caught his fish on soft plastics.  Ricky also had big bass of the tournament.  His fish locked in the scales at 4.58 lbs.