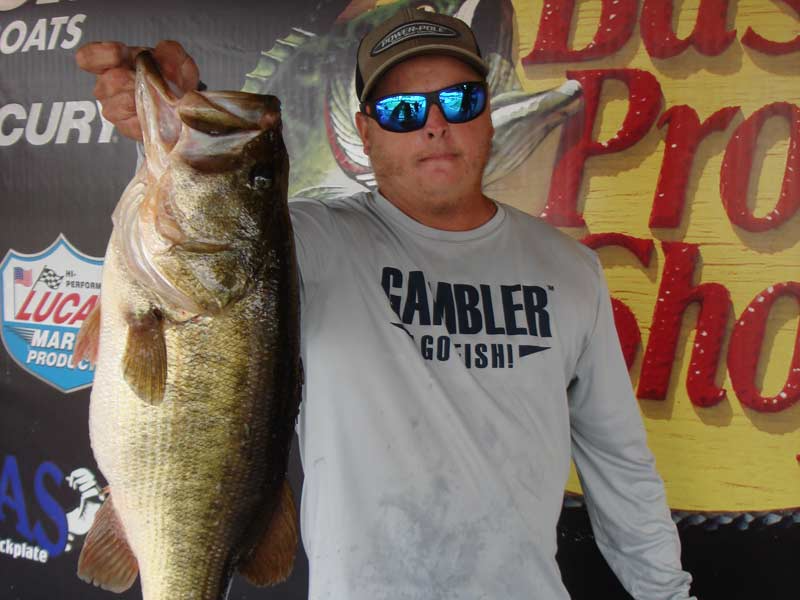 ATHENS, Ala. – Lake Toho proved to be a great early fall fishing location for the 2020 Florida Area Championship. The top 20 anglers weighed over 15 pounds a day and the top 4 anglers weighed in over 20 pounds a day. Levi Brown of Plant City, FL won the event with big sack on day one of 28.63 and a monster weighing 9.24 pounds.  Brown finished the event with 44.87 pounds and took home a check for $7,400.

“I caught my fish both days punching a Gambler Baits Why Not in mats on Lake Kissimmee. On the first day, I had all my fish by noon and on the second day it was a grind. I lost some good ones today, but it was enough.” Brown said.

In second for the boaters, Jai Hunter Sr of Deland, FL landed a two-day total of ten bass weighing 40.98 pounds.

“I also fished in Lake Kissimmee punching mats with a Gambler Baits Why Not. I missed a couple fish today but I don’t know how big they were.” Hunter said.

Tracy Bray of Safety Harbor, FL took third for the boaters with a two-day total of ten bass weighing 40.31 pounds.

“I caught my fish on a Bass Assassin Skunk Ape punching mats like everyone else on Lake Kissimmee around North Cove. There were a lot of mats in the area. I spent four hours looking for one kicker fish. “Bray said.

Jason Blair of West Palm Beach, FL won the big bass award on the boater side for a giant bass that weighed 9.34 pounds. Blair collected $850 for that fish.

“I caught that big bass on a Bruiser Baits Avenger flipping Kissimmee grass on Lake Kissimmee around lunchtime on day two. It was nice to have a good finish and the big bass for this event.” Blair said 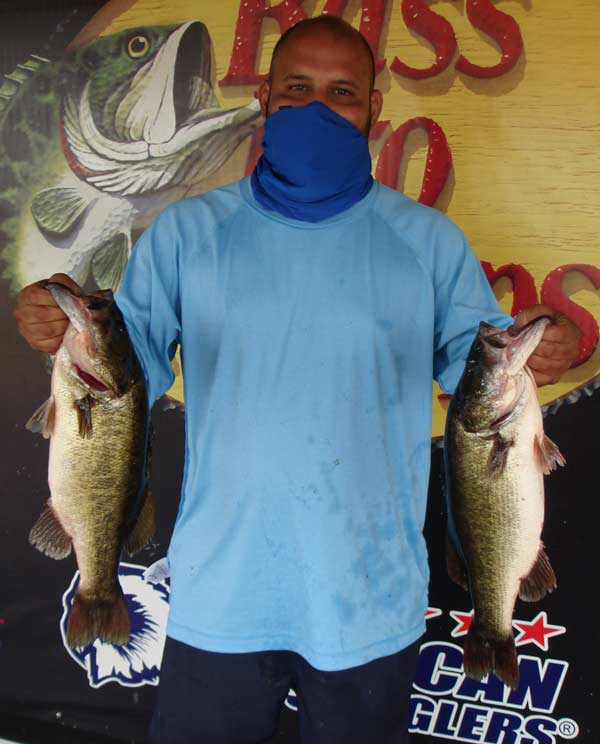 In the Co-Angler Division, Rene Castellon of Port Saint Lucie, FL won with a two-day total of six bass that weighed 20.60 pounds. He pocketed a check for $2500 for his win.

“I caught my fish both days flipping a beaver style bait around reeds on Lake Kissimmee. It was a better morning bite both days. It is my first win and I’m excited about it. I want to give thanks to my boaters, David Howell and Kelly Autrey for putting me on the fish.”  Castellon said.

Taking second for the co-anglers, Shawn York of Sarasota, FL a two-day total of six bass that weighed 18.45 pounds.

“I caught most of my fish slow-rolling a speed worm in the hydrilla. I caught a few on some traps. I stayed on Lake Toho both days with my boaters. “York said.

Keith DiLuzio of Port Charlotte, FL placed third among the co-anglers with a two-day total of six bass that weighed 18.23 pounds.

“I caught my fish flipping beaver style baits both days. My boaters, Keith Carson and John Myers took me fishing. I’ve never been here before and I had a good time.” DiLuzio said.

Irving Mercado of Haines City, FL won the big bass award on the co-angler side for a big bass that weighed 6.66 pounds. Mercado collected $405 for that fish.

“I caught that fish on a swim-jig with a Gambler Baits Copperfield EZ trailer. I caught that bass around 10:00am on the south end of Lake Toho.” Mercado said.

At the end of the season, the best anglers from across the nation advance the 2021 Ray Scott Championship to be held at Lake Chickamauga in Dayton, TN