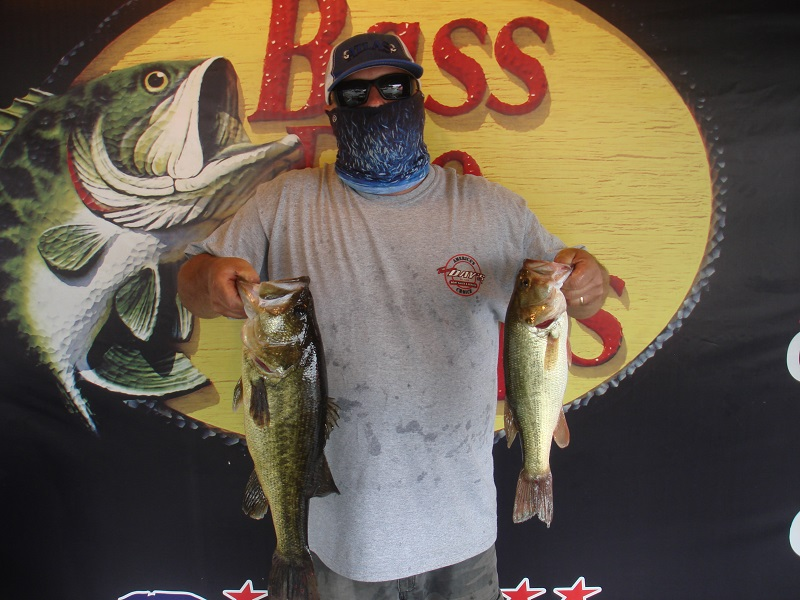 Chad Poteat of Mt. Airy, NC won the Bass Pro Shops Open Series event held on Lake Norman on 8/15/20. Running out of Pinnacle Wildlife Access Area Poteat weighed in five bass weighing 11.20 pounds. His limit was anchored by a bass weighing 5.42 lbs. which was the largest bass weighed in by a boater. Poteat took home $2550.00 for his win.

“I caught my fish shallow on a homemade jig,” said Poteat.

“I caught my fish today on bream, around docks with a spinning outfit and on a jig,” said Hamrick. 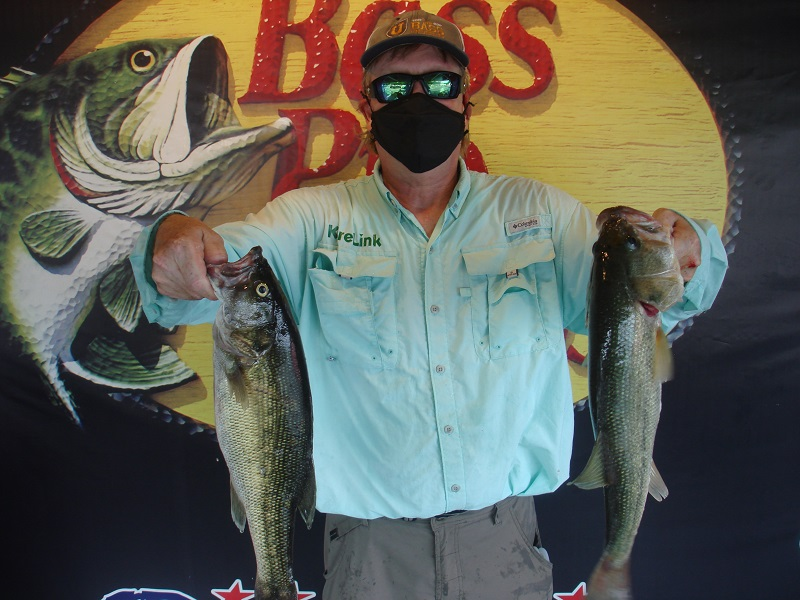 “I caught probably 25 fish today,” said Burford. “My fish came on a top water bait and a shakyhead.” 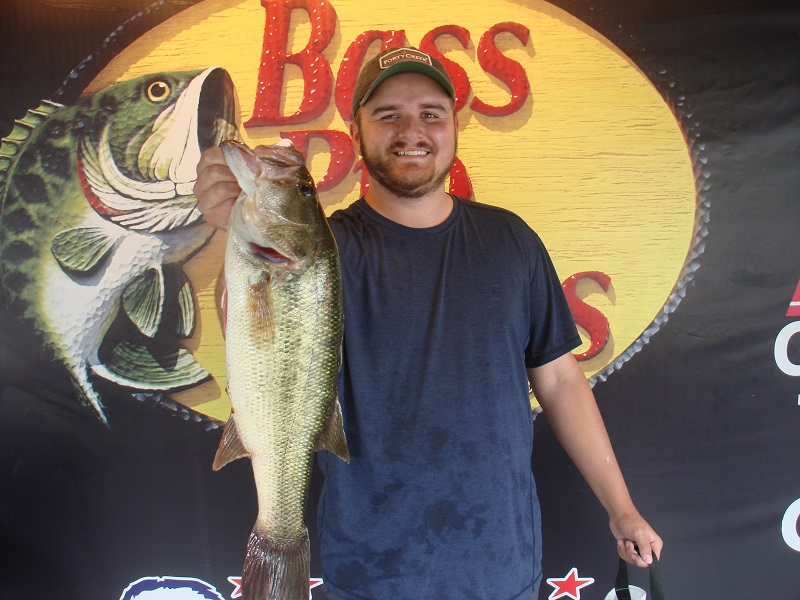 In second place for the co-anglers, Christopher Carnes of York, SC weighed in three bass weighing 6.99 pounds. His limit was anchored by a bass weighing 4.19 pounds which was the biggest bass weighed in by a co-angler. Carnes took home $570.00.

“I caught my big fish on a jig and the others just junk fishing,” said Carnes.

“I caught two on topwater and the rest on a shakyhead,” said Morgan.

The next event for the North Carolina Division will be the two-day regional on Lake Wylie on September 26-27 running out of Ebenezer Park.