Pedigo Takes the win on Lake of the Pines 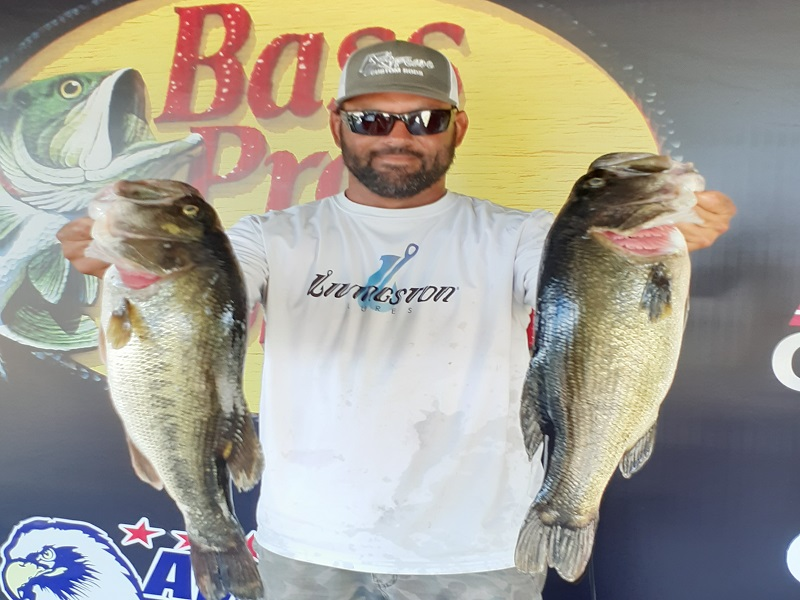 Brandon Pedigo of Lawton, OK won the Bass Pro Shops Open Series East Texas tournament, held July 18th on Lake of the Pines, TX.  Running out of Johnson Creek State Park, Brandon was able to come out on top with his five-bass weighing 22.17lbs.  The top three boaters were separated by less than 2 ounces on a day where the heat index was over 105 degrees in the middle of a Texas summer? Yes!  The lake was on fire on the surface and so was the fishing.

“I had 2 different plans going in to today and fortunately I was able to keep my 7’4” FX rod and Livingston Freddy B in my hands all day!  I pulled up to a stretch where I was able to get a couple bites in practice and put a few in the live wells.  When the wind started blowing it moved the shad, and when they ran over a high spot it was game on…  The fish were there, we were just catching them while they were feeding.”  Said Brandon.

In second for the boaters, Wyatt Frankens of Corrigan, TX weighed a 5 fish limit for 22.09lbs, but had a somewhat difficult afternoon when one of his fish decided his finger needed a little jewelry and buried a treble hook from a 6 XD THROUGH his finger.

“I caught all my fish offshore in this tournament.  I stayed on the southern end of the lake most of the day but had a couple areas mid lake as well.  I didn’t have the best start to the day, but finally ran in to them after a couple hours of graphing.  I caught close to 20 lbs in 30-35 minutes out of this one little area.  Had a few small culls throughout the day and found one more big group with 30 minutes to go.  I caught 2 or 3 in a row, but I was in too big of a hurry unhooking one and drove a treble hook through my finger.  I couldn’t do much with it so I had to run to the weigh-in.  I lost by .08 lbs and was a tough one to swallow since I had that school of fish fired up the way I did.” Said Frankens.

Returning to ABA after a 2-year break, Bart Doty of Kilgore, TX took third place honors right on the heels of Frankens with a 5 fish limit at 21.99 lbs.

“I bounced around over 10 places looking for an active school and finally found one on a point.  I caught all of my weight out of this one school of fish throwing a crankbait and dragging a Hi-Yah football jig in 15 feet of water.”  Stated Doty.

Finishing fourth, Cannon Bird of Marshall, TX landed a five-bass limit for 20.81 lbs.  Scott Burkett of Bokchito, OK rounded out the top five boaters with a limit for 19.47 lbs, anchored with a 7.26.

Taking Big Bass for the boaters was Jacob Keith of Jefferson, TX with his 8.23-lb beauty. 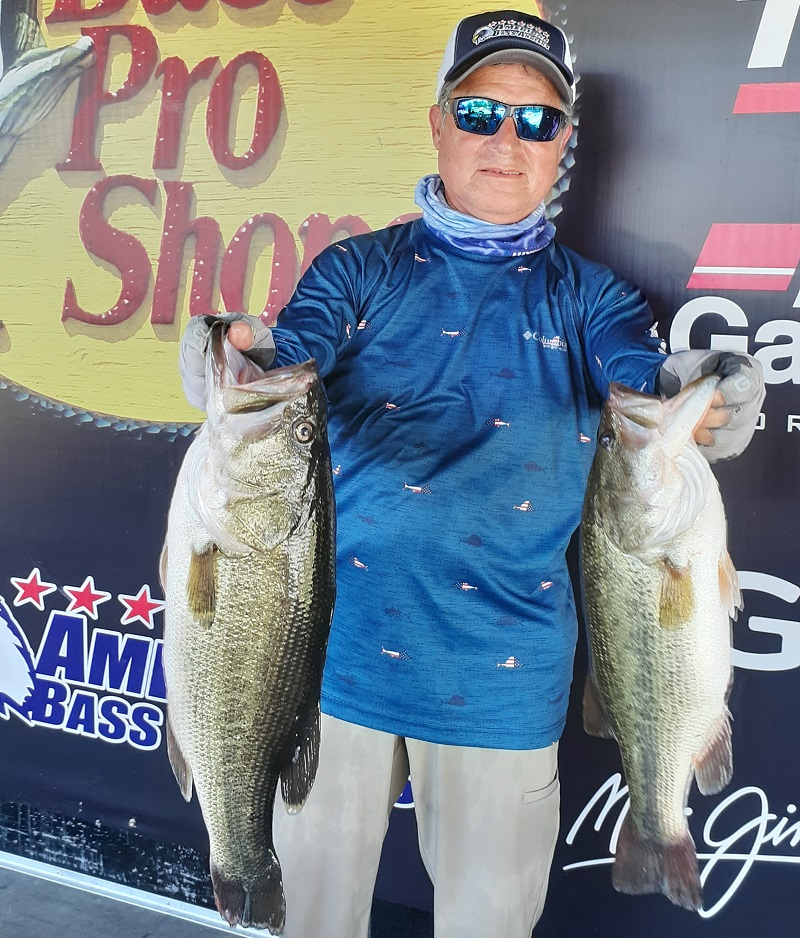 “The day started slow for me.  My boater caught his first keeper early and it took over two hours before I caught my first fish, but it fired me up for sure.  It was the big one.  It was hours again before I caught my second keeper and it was 4 lbs.  It was a grind today but I sure am happy with the outcome.  I caught both fish on a black and blue craw in heavy grass and dirty water.”  Said Al.

Taking second for the co-anglers, Thomas Helsley of Duncanville, TX, brought in 3 solid keepers for 9.90 lbs.
“I had a good day.  I caught 6 fish today and all of them were keepers.  We stayed out on deep structure fishing with a shakey head and the bite for us was pretty steady all day.”  Said Tom

Right on the heels of Helsley, Randy Keating of Plano, TX placed third among the co-anglers with three bass weighing 9.59 -pounds, another solid weight.

“I caught my fish pitching a rage craw in watermelon/orange in shallow hydrilla up by the bridge.  I had my third keeper by 10:00 and caught 4 more the rest of the day, all keepers too, but wasn’t able to cull with any of them.  My boater Brian spent the time on the water and put us on the fish, so I have him to thank for this.” Said Randy.

In fourth place among the co-anglers, Calvin Davis IV of Katy, TX brought in three bass for 7.59 lbs. Otis Jnofinn of Channelview, TX finished 5th with 2 fish for 7.37 lbs.

At the end of the season, the best anglers from across the nation advance the Ray Scott Championship to be held at Lake Chickamauga, TN in April of 2021.