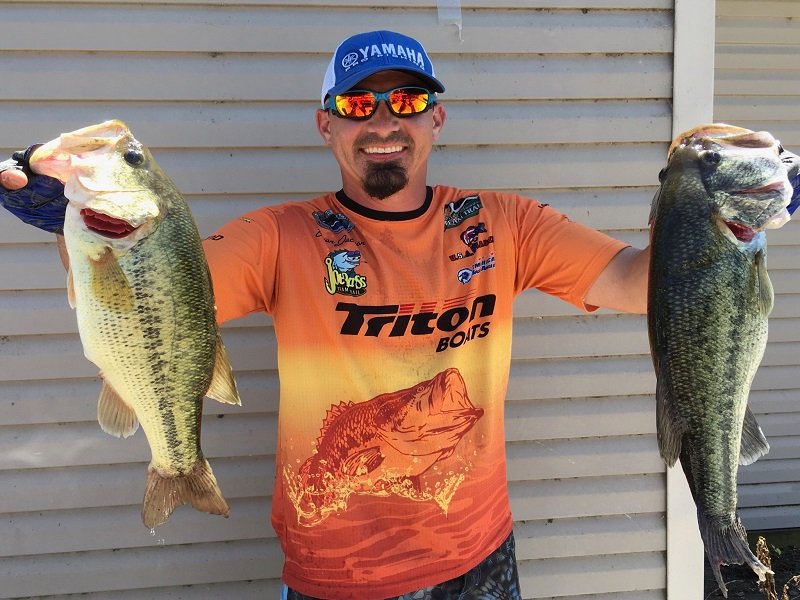 Bass Pro Shops Fishing Tour Division 65’s tournament on Grand Lake held on Saturday, June 13, 2020, proved to be a scorcher of a day with temps quickly reaching into the 90s.  Despite the heat, Bryan Jackson of Monet, MO, taught other Grand Lake anglers a major lesson bringing in 5 beautiful bass to the scale weighing 19.84 lbs.  Second place honors went to Curtis Heintz of Olathe, KS, with 18.25 lbs of fish.  Big Bass honors went to Division 65 newcomer Randy Baskins of Owasso, OK, with a beautiful 6.21 lb mama bass.  Cash prizes totaling almost $700 were distributed among the 3 winners.

Grand Lake appeared to be clearing up from its flooding conditions.  The tournament started quietly at 6:00 AM, but quickly became a major traffic headache as pleasure boaters crowded the lake by 12:00 PM, however, some of the best fish were caught in the afternoon.

The next tournament is scheduled for Saturday, June 27, 2020, on Grand Lake at the Terra Miranda Ramp located on Monkey Island, OK.  For more information about the Division 65 schedule, please contact AFT Director Jeff Davison at 918-289-6993 or like his Facebook page @ABAd65 to stay informed.